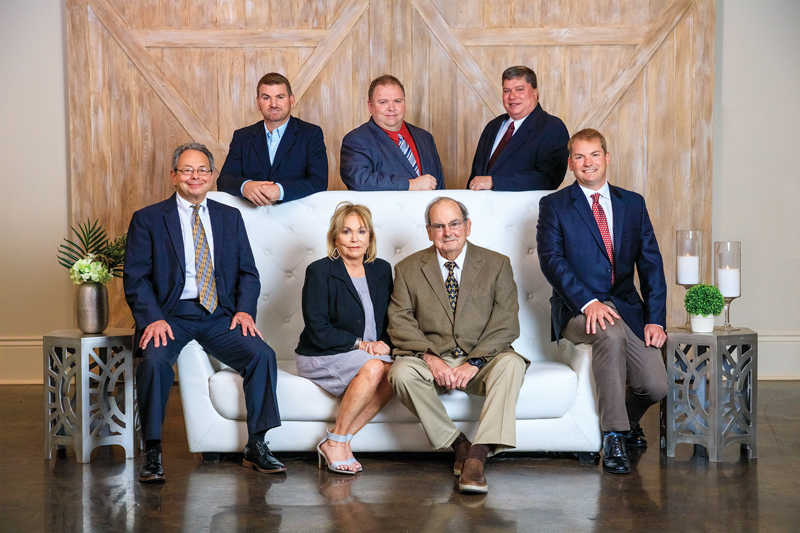 Pel Hughes started as a family-owned business and, if Jackie Hughes has anything to say about it (and, as the boss, she does), it will stay that way well into the future.

The company, which started as a small letter-service business in the hands of Pel and Alice Hughes, grew to 125 employees before Hurricane Katrina. After the storm, the family chose to hunker down and re-invigorate their company and the city, branching out into an online print shop (Pelprint.com), a direct marketing business, a flooring company (Floor de Lis Flooring), catering (Toulouse Gourmet Catering) and even the event business as they opened up space in their 63,000 square-foot building on Toulouse for events (now known as The Cannery).

From the seeds planted by Alice Hughes, the company blossomed into a multi-faceted service supplier and is currently helmed by Alice and Pel’s son Vic and Jackie, his wife. Three of their four children now work at the company full-time, with the fourth helping out from time to time. Jackie’s brother and brother-in-law also work with Pel Hughes in various capacities.

Jackie certainly doesn’t shy away from bringing more family into the family business, encouraging younger members of the Hughes family to step up and take part in their family’s legacy. “It’s a positive thing to bring in young people; they come with new contacts, new ideas and lots and lots of energy,” she said.