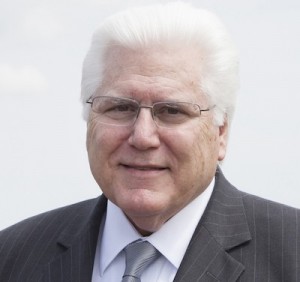 NEW ORLEANS – The World Trade Center New Orleans announced that Paul G. Aucoin, executive director of the Port of South Louisiana, is the recipient of the 2021 C. Alvin Bertel Award.

The Bertel award is presented each year to an individual who has made significant contributions to the Louisiana port and maritime community.  Aucoin is the leader of America’s leading grain exporting port district and home of the premier sea gateway for U.S. export and import traffic. Aucoin manages the vision of the Port while working closely with his commissioners and leadership team to ensure a strong and cohesive organization.

“I am very honored to have been selected for the 2021 C. Alvin Bertel “ said Aucoin. “My relationship with the maritime industry and its members has been very special. Both have provided me with a lifetime of friendships, experiences and the chance to make a difference for the home that we call Louisiana. A sincere thanks to the Port of South Louisiana Commissioners, my industry colleagues, and to our wonderful port team members that make the Port of South Louisiana great.”

“The World Trade Center could not be more pleased with Paul’s selection for this coveted award” said Stephen Hanemann, World Trade Center Board Chairman. “Paul is a respected icon of the maritime industry. His leadership and professionalism combined with his passion for promoting the Mississippi River as our country’s greatest natural resource cannot be overstated. Louisiana and especially its River Parishes are obliged and indebted to Paul for positive impact he has had on our communities, industries, and international trade economy,” he added.

Aucoin has served as the executive director of the Port of South Louisiana since July 2013, aiding in stimulating commerce and industrial development throughout the three Parishes of St. James, St John the Baptist, and St. Charles, which make up the Port Jurisdiction. During his tenure, Mr. Aucoin has received national recognition for the Port’s many industrial project announcements which includes $23.23 billion in capital investments that has led to 3,379 direct jobs. Mr. Aucoin spearheaded a vision for the Port of South Louisiana which led to record-breaking rankings including No. 1 Tonnage Port in the Western Hemisphere from 2013-2018 along with No. 1 Grain Exporter, No. 1 Foreign Trade Zone in Merchandise Received, and No. 2 Energy Transfer Port.

“On behalf of the World Trade Center and our investors, congratulations to Paul for this most deserved acknowledgement by the maritime community,” said Ed Webb, CEO, World Trade Center New Orleans. “Louisiana is home to many recognized professionals serving the maritime industry. We’re extremely proud to call Paul one of our own,” he added.

The award will be presented at the annual C. Alvin Bertel award ceremony and luncheon from 11:30 a.m. to 2 p.m. on June 30 at the Sheraton New Orleans Hotel, 500 Canal St.  For tickets, table, and sponsorship inquiries, please contact Sam Sheffield at ssheffield@wtcno.org