Built upon a rich history, the Pythian is reborn to fill needs Downtown.

The much-anticipated Pythian Market will bring dining and shopping, and so much more, according to Green Coast Enterprises’ Will Bradshaw.

The goal? “To be a physical incarnation of our love affair with New Orleans food,” he said. “We want to be a place that residents want to come to hang out after work or grab breakfast on their way. If we achieve that, we know we will also be a place that visitors have to try while they are in town, because of our fresh and exciting array of food offerings.”

With a wide variety of food vendors and extended hours, the Pythian Market will provide access to affordable, healthy and delicious food for the community, according to Bradshaw.

“We want to be a destination of choice for people coming downtown for a night out, and to be able to serve the crowd going to the Pelicans game just as well as the crowd going to the LPO. We want to create a new set of food options for entrepreneurs who may not have the backing to raise the $500,000 one needs to build out a kitchen and start a place of one's own. We want to create a new gathering place for bike enthusiasts, downtown workers, tourists and everyone else. We want to make people feel welcome, appreciated, that they matter, and have a place that they belong.”

On May 12, co-developers ERG Enterprises, Crescent City Community Land Trust and Green Coast celebrated the grand opening of their latest venture, The Pythian.

An eight-story building at 234 Loyola Avenue, The Pythian will eventually include 69 apartments — 25 dedicated to workforce housing, 38 available at market rates and six penthouse apartments. Construction is still underway, but one- and two-bedroom apartments are leasing, as well as six penthouses.

The Pythian will also include a community clinic with Access Health Louisiana, a physical therapy center through Magnolia Physical Therapy, and the much-anticipated Pythian Market, featuring food vendors and dining.

A long menu of amenities round out the development plan, including: a roof deck with city views, catered event spaces, in-house dry cleaning, dog walking and pet sitting services, off-street parking, bike parking and bike wash facilities, along with a manned front desk and security throughout.

It’s an impressive feat, and one that will bring much-needed affordable housing and amenities to New Orleans’ Downtown, but equally as interesting is the location itself. The historic Pythian Building has long been an important piece of the business and community culture of New Orleans.

From Business Hub to Boat Building

In 1908, led by S.W. Green, a former slave and self-made businessman, the Colored Knights of the Pythias of Louisiana built the Pythian Building — then known as the Pythian Temple — as a gathering place and community center.

The building soon became the hub of economic culture for African Americans in New Orleans, hosting businesses such as the Liberty Independent Life Insurance Company, the Negro Board of  Trade, the Louisiana Weekly newspaper, and a rooftop music hot spot that featured jazz legends, including Louis Armstrong and Manuel Perez.

Later, the Pythian Building became the headquarters of Higgins Industries, which designed and built the famed Higgins boats that helped lead the Allied forces to victory in World War II.

Fast forward 60 years and the Pythian Building’s original exterior had become neglected. The site began to fade from notice until developers at Green Coast Enterprises came along.

“When we started the project, we were looking for historic buildings that were around 80,000 square feet,” said Will Bradshaw, president of Green Coast. “Initially, we fell in love with the brick work and the views of the park, but early in our explorations we learned about the use of it by Higgins Industries and its role in helping win WWII. Then we began uncovering the history of the Colored Knights of Pythias and their chairman, S.W. Green, who was born into slavery and became a millionaire. For two generations or more, it was a beacon for possibility and opportunity for African-Americans in this city, and then it served as a headquarters and hiring office for the man ‘who won the war.’ As we moved forward, we knew we had to do something special with this building that was worthy of its roots.”

The vision for The Pythian was two-fold: it had to be beautiful and true to its original design, and, according to Bradshaw, it had to be eco-conscious.

“We wanted to make sure it reflected the extraordinary architecture and design sensibility of the original structure,” he said. “Our initial concept plans were 80-year-old photos of the structure. When we brought on the design team, we literally handed them these old photos and said, ‘Please do this.’” 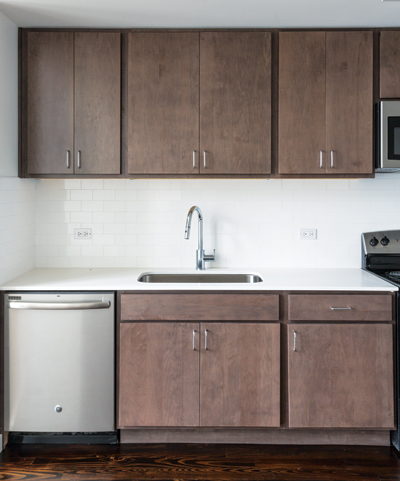 “We needed the federal and state historic credits to make the deal work, which comes with its own set of design constraints that Studio WTA had to work within,” said Bradshaw. “We also committed to LEED Silver construction, utilizing the rating system promulgated by the United States Green Building Council as a guide, which puts a different sort of challenge on the design team. Finally, they had to completely remake the interior of this building in a way that modernized it while keeping the original charm and allowing the building to tell something of its own story.”

Preserving the past while moving stridently into the future are top concerns as Green Coast, Studio WTA and Landis move forward with the project. Preservation of a unique combination of time periods became the basis for restoration goals, especially for the exterior appearance, original floors and entrances, according to Julie Babin, architect for Studio WTA.

“The way The Pythian was built up and altered through history directly informed our approach to its rehabilitation,” she said. “Originally two distinct buildings from two different historic periods, each building had various historic alterations. Determination of the period of significance for each distinct part of the building was critical to establishing moves and insertions that would be sensitive to the historic fabric and character of each.”

“In reality, these distinct versions of the building never historically existed simultaneously,” said Babin, “but restoration is about bringing a structure back to its most significant period which resulted in a single building that showcases two very distinct and important periods of significance.”

Babin and the Studio WTA team worked carefully to identify architectural features which were key for preservation, while bringing the building up to modern standards.

“Identifying elements that contribute to the historic character of a structure is key to preservation work,” she noted. “When the owner purchased the building there was very little original fabric remaining. After extensively surveying and documenting all the historic elements that remained, we took great care and craft in preserving or restoring each element within the renovation project. This included elements such as barrel vault ceilings from the original dance hall, built-up and riveted steel angle columns, and an ornamental exit stair.”

Because the building did not historically contain residential units, Babin said they felt the insertion of the new lofts should be modern and contemporary.

“This enabled us to reinforce and showcase the historic elements, strengthening their authenticity, while allowing the new program elements to be reflective of their own time,” she said.

Interior design plans are still in the works, but the developers and designers involved envision unique displays reflecting the building’s history spread throughout the building. 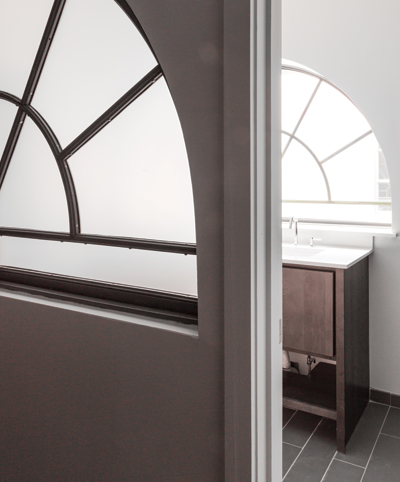 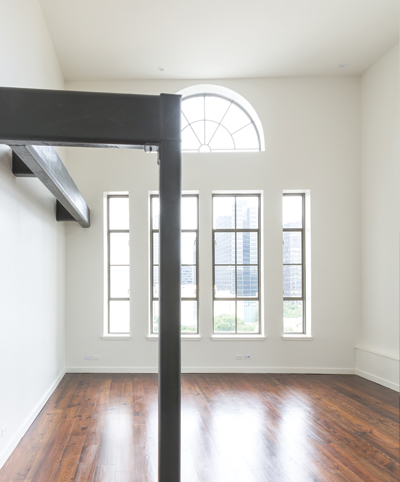 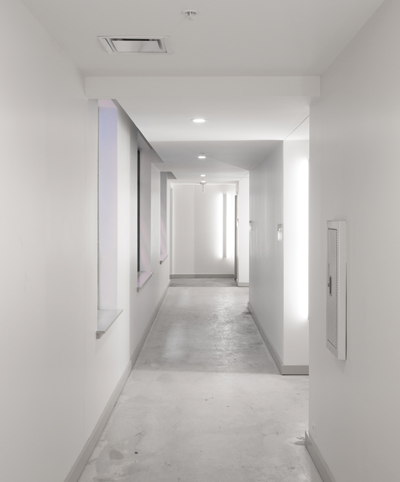 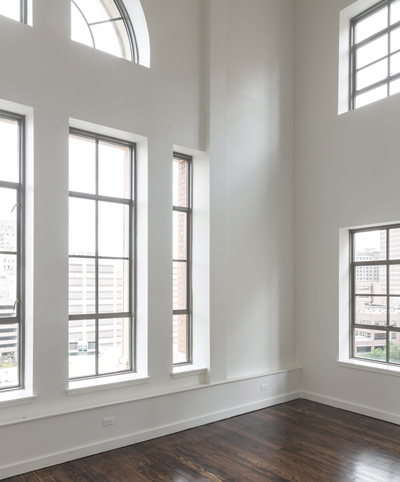 The LEED program (Leadership in Energy and Environmental Design) is an initiative of the U.S. Green Building Council to encourage sustainable design and construction.

According to USGBC, to be awarded LEED certification, building projects must include:

“We want to tell the story through our interior design, art work, and decoration,” Bradshaw said. “This is all still in flux, but will likely include at least a mural, a sculpture, an interpretive timeline, and an audio recording that showcases music that was made in the building. As a tribute to that musical history, we have named every unique design after a musical pioneer that would have played in the building at some point.”

Thanks to the history of the building and the hard work involved with its restoration, the Louisiana Office of the Lieutenant Governor, Department of Culture, Recreation and Tourism, is designating the building as a historic landmark. A permanent plaque, to be located across the street in Duncan Plaza, will be sponsored by Plessy & Ferguson Foundation, ERG Enterprises, Green Coast, Crescent City Community Land Trust, Landis Construction, and Studio WTA.

A beacon of historic business ingenuity, as construction is completed on The Pythian, the building will once again reflect the community of the city, providing more than just housing and office space, according to Bradshaw.

“The Pythian will create a community that is more sustainable, more inclusive, and provides a greater array of activities than most similar buildings,” he said. “At The Pythian, you can live, eat, go to the doctor, get married, experience our unique culture, hold a meeting, fix your ailing back, and wash your bike. We will have hammocks on the rooftop and music on the ground. And all of this will be in the heart of downtown New Orleans — home to the Saints and the Saenger. Where you can walk to hundreds of restaurants, tour one of the oldest neighborhoods in the country, or listen to the best music in the world. We believe The Pythian provides an extraordinary place to live an extraordinary life in this extraordinary town.”

Green Coast hopes the renovation of The Pythian, and the use of green building design, will continue an important revival of the downtown neighborhood, along with the Saratoga, the Troubadour, and soon the Oil and Gas building.

“We hope that people follow our lead in helping sustain the economic diversity of our neighborhoods,” Bradshaw said. “Development can be a tool for achieving this, but it requires thoughtful public and private collaborations that require trust and goodwill that is all too easy to break. But we believe that our development team can help create a new paradigm for collaboration between public and private actors in a way that can push the conversation about how we need to consider all of our residents in our development patterns and choices.” 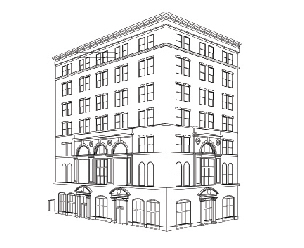 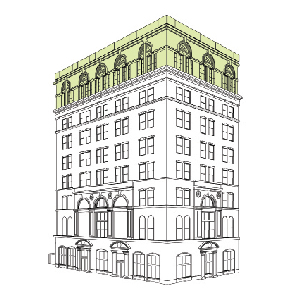 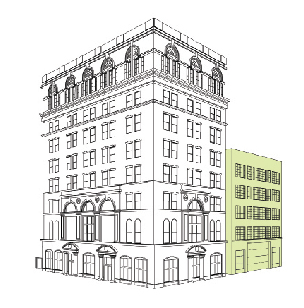 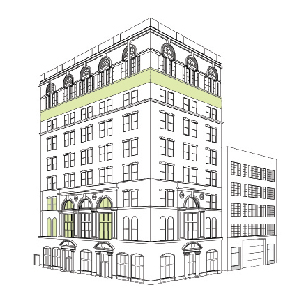 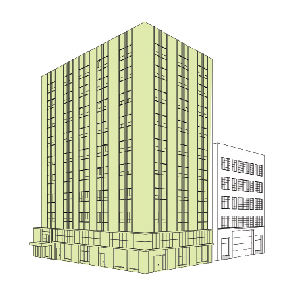 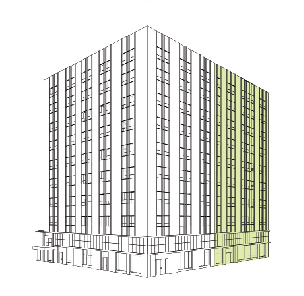 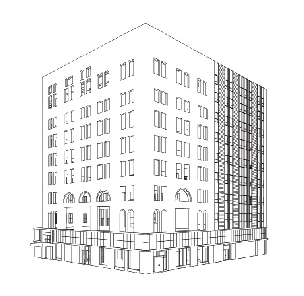 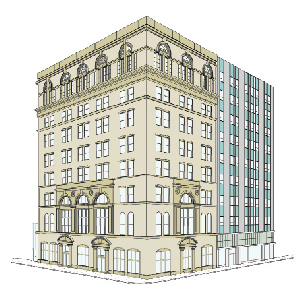 Shopping Center Near Lakeside Gets a New Name