New Orleans now has one sports icon and another in the making. 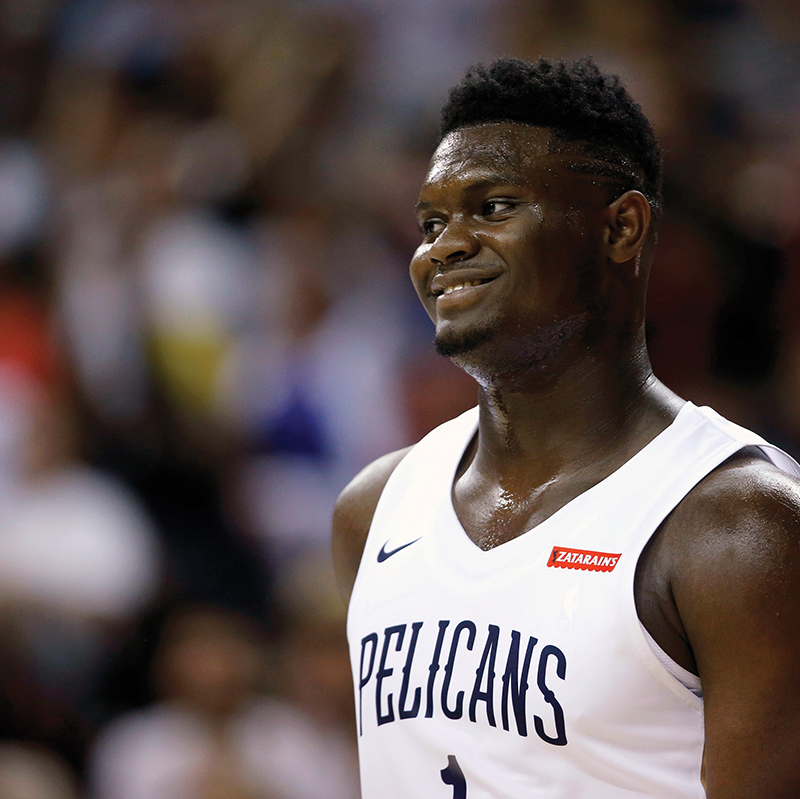 New Orleans has one sports icon and another in the making.

There’s an electricity in the air in New Orleans right now. We’re in the dog days of summer, but the thoughts of many New Orleanians are on the coming autumn. Training camp is in full swing for the New Orleans Saints, and excitement for the 2019 season is growing exponentially by the day.

A few weeks after the Saints kick-off, the New Orleans Pelicans will tip-off their new season with a new look and squad. Right now, there are no marks in either the win or loss columns for each team. Anything is possible, and expectations are on the rise.

Saints fans have been waiting impatiently for the start of the coming season since Jan. 20, when the team was the victim of a non-pass interference call that, if called, in all likelihood would have sent the Saints to the Super Bowl.

All of the emotion from that debacle has been transferred into expectations for this year. The team is stacked, healthy and ready to roll. The Saints are expected to again be one of the league’s top teams. After exiting in the NFC Divisional Round and NFC Championship Game the past two seasons, many think New Orleans can take the next step and get back to the Super Bowl a decade after making their first appearance in the NFL’s championship game.

Drew Brees, 40, returns for his 19th NFL season and 14th with the Saints. During his time in New Orleans, he has blistered opposing pass defenses. Last season he became the NFL’s career passing yardage leader. He enters the 2019 season 19 touchdowns behind Peyton Manning, the NFL’s career passing TD leader. Brees has averaged 33.8 touchdowns each season he’s worn the black and gold. Even with his lowest total, 23 in 2017, it seems he’ll claim the crown this year.

If Brees claims the two top career records for NFL quarterbacks — much less if the Saints lift another Lombardi Trophy — it begs the question of whether this might be his last season to play. Some fans think he showed his age as the 2018 season progressed. In the last five games of the season, he only had one game with more than 300 yards passing (326 against Pittsburgh in Week 17). In the four previous weeks, Brees threw for 171 against Atlanta, 127 against Dallas, 201 against Tampa Bay, and 203 against Carolina. The Saints went 4-1 during that stretch. The wins kept fans pumped, but it did raise concern.

While no Saints fan wants to see Brees’ career come to an end, he may have tipped his hat this offseason. When the Pelicans drafted Zion Williamson with the No. 1 pick in the 2019 NBA draft, Brees sent Williamson a framed, autographed jersey on which he inscribed, “To Zion — Passing the torch to you! Who Dat!”

There is no doubt that Williamson will become the face of New Orleans sports when Brees retires. Thanks to the NBA’s global audience, he has world-wide recognition, and as the new face of the franchise, he ensures New Orleans will get publicity almost anytime his name is mentioned.

Brees, an 11-time Pro Bowler and sure-bet first-ballot Hall of Famer, will add to his legacy this season, and in October, halfway through what may be his final season, Williamson will begin what is expected to be an iconic career. Wouldn’t it be something if the passing of the torch included Williamson seeing its bearer go out on top?