NEW ORLEANS – The COVID-19 pandemic and busy 2020 storm season disrupted the international shipping industry significantly – but, locally at least, there could be a silver lining: a potential increase in the number of warehouses and distribution centers in the area. 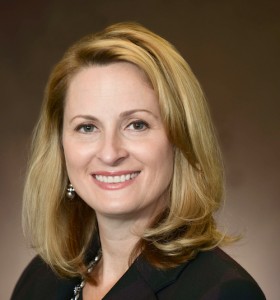 “Covid showed the importance of logistics and supply chain to everyday citizens, retailers and manufacturers,” said Brandy Christian, the president and CEO of the Port of New Orleans and New Orleans Public Belt Railroad. “90 percent of what’s in your house came on an ocean carrier. When people are wondering if there’s going to be toilet paper on the shelves, the importance of railroads and trucks and ports became very apparent.”

Christian, who is featured on this week’s Biz Talks podcast, said that in the wake of these disasters, major retailers will try not to rely on one port or one market for their distribution because a future event could disrupt the supply chain again. New Orleans is a prime spot for additional distribution centers, she said, thanks to its international port and the six “Class 1” railroads that can easily move cargo from here across the Midwest and southeastern United States.

In fact, when Amazon announced plans to build a $100 million distribution center near Lafayette, it may have started a trend.

“I think you’ll see more investment,” said Christian. “Amazon is in negotiations to open up other facilities in Baton Rouge. They have a small fulfillment center in Jefferson Parish, but the exciting thing about it is typically where Amazon starts to invest in distribution you see the others follow.”

She cited the recent approval of a Medline distribution center in Tangipahoa Parish as another promising development. The producer of medical devices and equipment is planning to spend $45 million and create more than 400 jobs, although some residents in the area oppose the project.

“These distribution centers are great for us because as a container port we desperately need the imports,” said Christian. “We are an anomaly. In the U.S. most container ports have too many imports coming in; they don’t have any exports because we don’t manufacture enough here in the U.S. We’re different here in New Orleans. We are very export-heavy because of the plastic resins being produced by the petrochemical plants in Louisiana so we really need the imports coming in [to balance it out].”

The trade balance is important because we need containers coming in full of goods that can be emptied and then filled with items being exported. “Otherwise, someone would have to pay to get an empty box to this market,” said Christian, “and that will either be a cost to the railroad or ocean carrier.”

So clearly, despite the COVID interruptions, the Port is bullish on container shipping. It has invested more than $100 million to add four new cranes and make other improvements at its current container facilities and it is studying the possibility of building a massive, $1.5 billion multimodal container terminal downriver from the city in St. Bernard Parish.

“When the city was shutting down and businesses were being closed, one thing never stopped: the river,” said Christian. “It’s a tremendous industry and if we pay attention to it and reinvest, it has a tremendous opportunity. I think what you’re going to see coming out of COVID is a focus on logistics and trade. And we are extremely well positioned for that.”

But, it seems, this may be a case of “If you build it, they will come.”

“It’s the Port’s job to make sure we deliver the infrastructure,” said Christian. “If you want to attract a Fortune 500 company to New Orleans, they’re not going to have a conversation with you if you don’t have an international airport. It’s the same with an international container port. If you don’t have a facility like that, you’re never going to be a big player for the manufacturing and distribution centers. I’m excited about the support for our plans because I think the momentum is there and that can really grow an industry and help further diversify the economic base of the region.”