NEW ORLEANS – The same COVID-19 pandemic that has essentially shut down the New Orleans hospitality industry, caused widespread unemployment and forced many workers to do their jobs from home has also lit a fire underneath the residential real estate market.

Realtor.com said New Orleans has the fifth highest increase in real estate sales in the U.S. Louisiana real estate brokerage Latter & Blum said sales price are up 21% compared to last year and the days on market for homes sold in August was 49 days, down 6% by comparison to last year and reflective of a seller’s market. 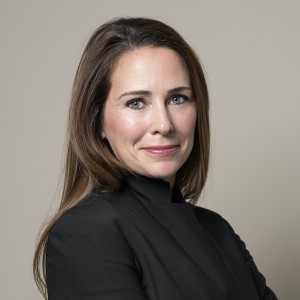 “We’ve had quite a few factors that have contributed to this frenzy of activity,” said Lacey Merrick Conway, the Latter & Blum president and CEO who is a guest on this week’s Biz Talks podcast. “This COVID effect has really put a spotlight on the home. Add to that low interest rates and low inventory and we’ve been on a fast track with lots of activity in all of our markets.”

Since COVID caused many to work at home for the last six months, people have been wanting more out of their space.

“When you’re working out at home, teaching your kids at home, you want more outside space,” said Conway. “Factors that would have been a deal killer before are a deal maker now. You’re willing to drive another 15 minutes. You want to have multigenerational activities for everybody in the privacy of your home.”

Conway said the burst of sales activity has been “exciting and thrilling” but she doesn’t it expect to last forever.

“It’s nice that we have a bright spot in this whole disaster,” she said. “We have to hang on to that. … [but] I don’t think it’s going to continue at this pace for too much longer. We have the election. How long will interest rates stay the same? We have looming uncertainty. Our pending contracts are still very strong through September and October but I think toward the end of the year we’ll see a little cool off. You have to acknowledge what’s going on in the wider world and for us we’re so heavy with tourism, restaurants. All of that is hurting so badly so at some point there will be a reckoning.”

Conway is concerned about the time it will take for New Orleans tourism to recover – and says the looming housing crisis is something that needs attention at all levels – but she said one encouraging sign for the city’s long-term future is the relative health of the city’s ports and the transportation and logistics sectors.

“We’re a port city,” she said. “We’ve got great connectivity with rail. It’s our strong suit so I feel like we will win the day with that. That’s kind of been uninterrupted, although I wouldn’t say there’s any sector in particular that’s completely unscathed. Everybody’s going to feel the effects of this.”