Owen stepped in as CEO in August of 2021, and gained ownership of Twist Brands, alongside Teresa Johnson, multi-unit franchisee of Painting with a Twist, and Dave Chmura, a partner within Owen’s supply company, TD Art Supply. Cathy Deano, co-founder and co-owner since the company’s inception, will provide creative direction.

With 31 years of experience at a major wholesale retailer, Owen invested in four studios in the Tampa, Florida area and served as an elected member of the Painting with a Twist Franchise Advisory Council. He also founded TD Art Supply 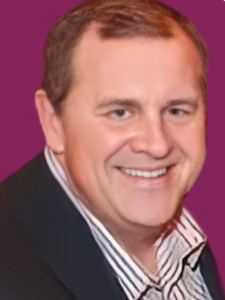 “Innovation through obstacles is how the concept was established and has remained our sentiment throughout these last two years,” said Deano. “During this tough time, we formed Twist Brands as the parent company, we launched Twist at Home Paint Kits, and we appointed Todd Owen as CEO to cultivate the brand’s impact across the United States when franchisees and consumers needed positive change the most.”

Owen’s first matter of business was maximizing each studio’s retail storefront to expand sales beyond the busy evening hours on Friday and Saturday nights. Over the last nine months, the franchise has rolled out a new Pop In and Paint strategy that has attracted more customers during off-peak times.

“Collaboration among franchisees and the home office team was vital to align on efforts that would catapult us in this new era of growth and direction,” said Owen. “From refreshed marketing strategies to adopting technology to effectively communicating with customers to increase engagement, we’re breathing new life into our time-tested concept to remain a top choice as consumers seek shared experiences.”