Our Port of South Louisiana Directors

The Port of South Louisiana has elevated its operations over the last 60 years, and in addition to the direction of Paul Aucoin, the staff is currently stacked with a group of power players that contribute to the everyday operations and growth of the Port. 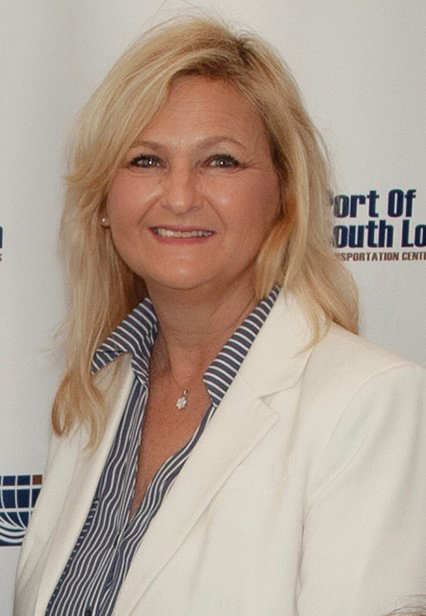 Over the last nearly 29 years, Lisa Braud has worn many hats at the Port of South Louisiana. Her responsibilities have allowed her to learn about and participate in almost every facet of the Port’s operations, helping to keep her job exciting even after nearly three decades of service. Braud is a beacon of institutional knowledge at the Port, having worked under the past six Executive Directors. “It’s been exciting to see how each director’s visions have brought the Port in a variety of directions,” she says.

Braud’s relationship with the Port began in the Finance Department, where she served in a wide range of roles working at the barge desk, accounts payables and statistics. It was when she joined the business development department and also during her time as Executive Assistant to then Executive Director Gary LaGrange that Braud began to understand the role that the Port of South Louisiana’s FTZ program played in the regional economy. She has since spent more than 20 years helping to increase the FTZ’s growth and potential.

“Today, while I still manage the top-ranked FTZ in the nation, FTZ 124, last year I was asked to serve as the director of the Port’s Executive Regional Airport,” Braud says. “Though it was and remains a challenging role, it is satisfying to look back to where we were a year ago and see how the team has improved the airport not only operations-wise, but more importantly, with customer service.”

Braud currently serves as the Louisiana representitive on the Grantee Committee of the National Association of Foreign Trade Zones and as the FTZ liaison with the Ports Association of Louisiana. While she might never have been able to predict the many evolutions of her career when she first earned her degree in computer programming, Braud says the experience has been rewarding and constantly stimulating. “I have been able to learn all aspects of the maritime industry by working in a range of diverse departments over the years,” she says. “I have met people from around the globe and, given the opportunity, I would not change a thing. It’s a great industry to be a part of.” 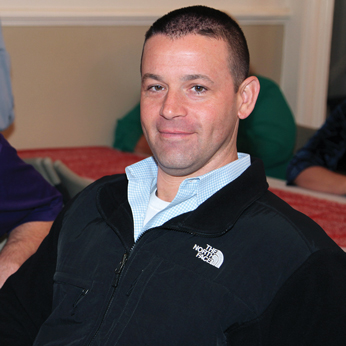 Brian Cox is responsible for the operations of the Globalplex Terminal, which includes port security, marine operations (fire-fighting & search & rescue personnel), the (MSOC) Marine Operations Security Center, as well as managing security grants for the Port.

Brian began his career as a dock worker with Coastal Cargo Company (a New Orleans based stevedoring firm) in 1999. He held numerous positions and prior to joining the Port in 2017 he was the Terminal Manager for Associated Terminals responsible for all loading & unloading operations at Globalplex.

Brian is a lifelong resident of New Orleans and has served as a reserve police officer with the New Orleans Police Department for ten (10) years and the Jefferson Parish Sheriff’s Office for five (5) years where he volunteered over twenty-four hours per month. 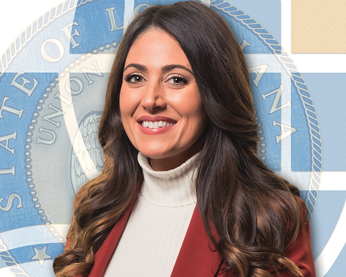 Julia has been with the Port since January 2020 and assists in the development and ongoing implementation of the strategic marketing plan for the Port of South Louisiana. Attraction and retention are Julia’s focus in her current role.

Fisher-Perrier, a lifelong resident of St. Charles Parish, has an affection for the Port of South Louisiana that runs deeper than the river itself.

“The Port is what makes the River Parishes so special and affords us a sustainable quality of life. My family has been here for 4 generations and the river is what brought us here and has kept us here.” Fun fact: Julia’s uncle, Leonard K. Fisher, Jr, was a founding commissioner of the Port of South Louisiana.

Julia has 12 years experience as a licensed Property and Casualty Insurance agent working between public and private entities. She affords well-rounded insight of the inner-workings of multi party agreements in business. As a member of the St. Charles Parish Council for District 7 since 2012, she brings a special knowledge of government and community development.
Julia has had success on the local, state and federal level and understands that a collaborative approach is the best way to achieve success.

She is a member of the Louisiana Police Jury Association and the National Association of County Officials. She is Chairman of the PJAL Wildlife and Fisheries Committee. She is Vice-Chairman of NACo’s Public Safety and Justice Subcommittee. Her extensive knowledge of the River Parishes and collaborative efforts with various government entities will produce significant results for the Port of South Louisiana.

She has also served as President of the Executive Board of the St. Charles United Way and continues her role as a Board Member. Additional memberships include River Region Chamber of Commerce, Regional Planning Commission; Parochial Employees’ Retirement System of Louisiana Board of Trustees; Chairman St. Charles Parish Hurricane Protection Projects Committee. Julia’s community involvement has built relationships that will be a great benefit to the future business development of the Port of South Louisiana.