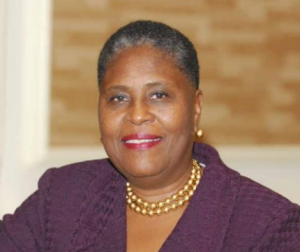 NEW ORLEANS – For more than three decades, Judge Ernestine Steward Gray has dedicated her life’s work to improving the living experiences of children and families whose lives intersected with the courts.

In honor of her upcoming retirement in December, a newly dedicated space in the Orleans Parish Juvenile Justice Center opened today as a permanent tribute to the work and changes she has fostered in the juvenile justice system. Judge Gray focused her energy on the development of positive life skills as a means of deterring youth from lives of crime.

A space near the elected judges’ courtrooms has been transformed into what is being called the “Calming Studio.” The Calming Studio will work to serve children who have faced trauma. It eliminates them from waiting in hallways outside of the courtrooms and provides a quiet, private place for time to decompress. In this studio, there will be a professional trained in Trust-Based Relational Intervention (TBRI). This model utilizes sensory calming techniques to assist children in regulating their senses before they enter the courtroom.

The Calming Studio is designed to cater to youth’s senses by use of interactive, virtual floor projections, fiber optics, sitting areas, as well as a variety of other features.

Orleans Parish is only the second juvenile court within the state to have a special room of this kind located in a juvenile court facility. The first is currently in operation in Shreveport, which is in North Louisiana’s Caddo Parish.

Along with the Calming Studio, Judge Gray has also received a second surprise: a local artist was commissioned to paint a one-of-a kind mural commemorating her work with children of different ethnicities and the personal effects she was noted for while sitting on the bench.