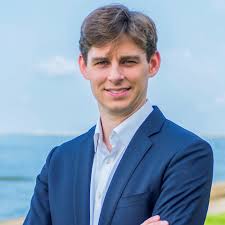 NEW ORLEANS – Visit any misdemeanor court in Louisiana and you will quickly be convinced of the failed state of Louisiana’s drug policy. The courtrooms are filled with scared Louisianans missing work and school for possession of marijuana. Drive down any road, visit any school, or talk with any cop and you will realize that there are greater priorities for our tax dollars than marijuana enforcement. Sixteen states and counting have legalized recreational marijuana. It is time for Louisiana to stop making criminals out of our citizens, put the drug dealers out of business, and use the tax proceeds to build a better state.

Nearly a decade after states began to legalize cannabis sales, we have years of data on the effects of legalization. We know any harm is minimal. Documented marijuana-related deaths in the U.S. are essentially zero, much less than other legal substances like alcohol (95,000) or tobacco (480,000). Legalization did not lead to excessive car crashes. Underage use actually decreased in some states. And the use of other drugs remained mostly flat. However, marijuana-related tax revenue has surpassed all expectations. Projections for Louisiana are nearly $1 billion of tax revenue in the first five years. In a poor state, these dollars can fix real problems. We can take the money now flowing to the gangs and cartels and use it to fund our police and improve our communities.

There is no reason Louisiana cannot legalize marijuana this year. Two-thirds of voters supported legalization in the most recent statewide poll. This is one of those rare instances where what is right is also popular, and therefore entirely within reach. Legalizing now will allow us to develop the cannabis industry in Louisiana while federal law prohibits out-of-state competition. If we delay, not only will we miss out on hundreds of millions in tax revenue, but without a native industry, federal legalization will result in our state simply buying the products from California. Finally, nothing will revive our COVID-decimated tourism industry like legalized pot.

If approved by the Legislature, my bill, HB 524, will let the voters decide the future of marijuana in Louisiana. It will remove criminal penalties for possession of small amounts of marijuana and, in parishes that vote in favor, allow a safe and regulated industry for sale and growth. As a conservative defender of limited government, free markets, and individual liberty, I believe the people are capable of making up their own minds about a plant. We have an opportunity to be a leader in the South and demonstrate that state government can still tackle difficult problems. Louisiana will legalize marijuana. There is no better time than now.