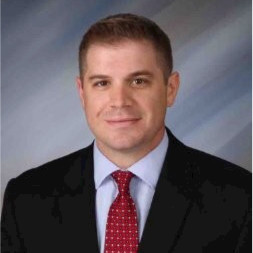 METAIRIE, La. – OnPath FCU has announced the addition of Joseph DiTommaso as Northshore community president. DiTommaso is responsible for the growth and expansion of the St. Tammany parish market for OnPath as well as promoting brand awareness through community involvement and advocacy.

“Joe knows just about everyone on the Northshore,” said OnPath President and CEO Jared Freeman. “And as we continue to make an impact in the lives of our members in St. Tammany parish, we wanted a familiar, trusted face to lead that effort.”

DiTommaso has been in the financial industry for almost two decades. Prior to joining OnPath, he held a wide variety of roles ranging from teller to commercial lender.

“I believe in building lasting relationships,” DiTommaso said. “From local business associations to planning large events, to the chamber of commerce, earning trust starts with action. I’m excited to be able to share OnPath’s mission with the community in St. Tammany parish.”

DiTommaso was born and raised in Hyde Park, N.Y. After graduating high school he joined the United States Marine Corps and served five years in the infantry, receiving an honorable discharge as a sergeant. He also received awards for his involvement in the support of Operations Enduring Freedom and Operation Iraqi Freedom. He has been a resident of the greater New Orleans area since 2003. He attended Tulane University and is an alumni of the Graduate School of Banking at LSU.