Ogden Museum Welcomes 2 Members to Board of Trustees 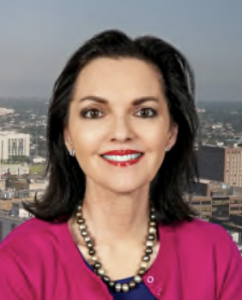 NEW ORLEANS — The Ogden Museum of Southern Art has announced the appointment of Fern Watters and Debra Fischman to its board of trustees.

“We are grateful these outstanding individuals are joining Ogden Museum’s board of trustees,” said William Pittman Andrews, the museum’s executive director. “Fern Watters and Debra Fischman have a long history of engagement with the arts, and a deep passion for our educational mission to broaden the knowledge, understanding and appreciation of the visual arts and culture of the American South. We will undoubtedly benefit from their experience as we plan for the Museum’s twentieth anniversary and the next decade of growth.”

Watters, who is an avid collector and supporter of the arts alongside her husband, was born and lived most of her life in Ohio where she attended Marietta College and Ohio State Law School. She practiced law in Cincinnati, Ohio at Rending, Fry, Kiely and Dennis. Debra Fischman is a practicing lawyer and member of the Association of Women Attorneys; Louisiana State Bar Association, Labor and Employment Law Section; New Orleans Bar Association; Federal Bar Association; and Bar Association of the United States of the Fifth Circuit Court of Appeals. She has been practicing in the State of Louisiana since graduating from Tulane Law School in 1978.