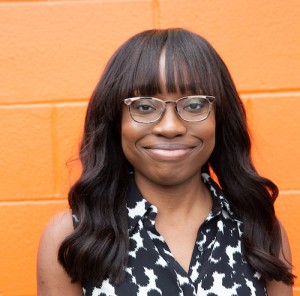 NEW ORLEANS – The Ogden Museum of Southern Art is pleased to announce the promotion of three staff members. Dorcas Omojola has been named director of finance and administration, Amanda Rose is now director of programming and operations and Claire Wilkinson is now director of development.

“This is an exciting moment for our nonprofit organization, and the key pillars of support responsible for the success of our mission have never been stronger,” says William Pittman Andrews, executive director. “With these well deserved and strategic promotions, we will continue to expand our reach, introducing a wider audience to the art and culture of the American South.”

Dorcas Omojola, who formerly held the role of controller at Ogden Museum, is now director of finance and administration and is responsible for the museum’s accounting, IT contract support, museum store operations and various administrative processes.

Since joining Ogden Museum in January 2019, Ms. Omojola has worked to streamline her department through the creation and implementation of financial processes, and as a result, she has brought more structure to financial decision making and has positioned the museum for new grant funding.

Previous to working at Ogden Museum, Ms. Omojola was finance and operations manager for Propeller, a nonprofit organization whose mission is to support entrepreneurs, small businesses and other nonprofits to tackle social and environmental disparities. Ms. Omojola holds a B.S. in business administration accounting and marketing from University of Louisiana at Lafayette. Her community leadership experience includes serving as a board member for the Audubon Charter School System since 2017. She was also an Urban Leaders for Equity and Diversity Fellow for Urban League in 2017 and co-founder and president of the Young Nonprofit Professional Network – ynpnGNO from 2013 to 2015. 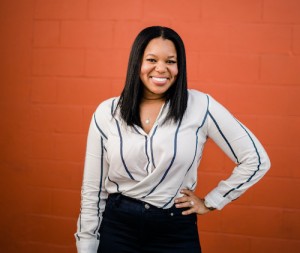 Ms. Rose joined Ogden Museum in April 2019 and has led the coordination of weekly events and ensured the museum’s achievement of quarterly and annual programming objectives. She also took the museum’s fundraisers, Magnolia Ball and O What a Night, to new levels and reduced costs significantly, helping the events to generate greater revenue.

Ms. Rose has 10 years of experience in event management and production. She has worked as event manager and festival manager for New Orleans Film Society, stage manager for the Collision Conference in Dublin, Ireland, event and marketing manager for Choice Foundation and event and stage manager for Van Wyck in New York. Ms. Rose holds a B.A. in film, theater and communications from University of New Orleans. In her spare time, Ms. Rose enjoys mentoring New Orleans youth and advocating for social and racial equality. She received the President’s Volunteer Service Award, Public Broadcasting System Award, NAACP Award and American Film Institute Award for work in video content and advocacy in the New Orleans community.

Claire Wilkinson, formerly in the role of manager of development initiatives, is now director of development and will lead the museum’s comprehensive fundraising plan, with an immediate focus on growing individual and foundation support. 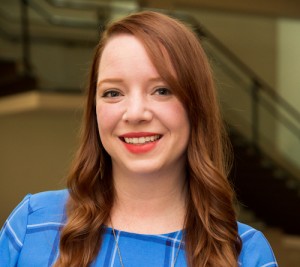 Ms. Wilkinson’s passion for art has driven her professional growth and success during her six years at Ogden. Over the past two years, she has raised substantial funds through membership, appeals and the museum’s annual fundraisers, Magnolia Ball and O What a Night. One of her greatest accomplishments to date is helping to secure first place for Ogden Museum in the Greater New Orleans Foundation’s GiveNOLA Day for the past several years. In this great time of need, she was able to facilitate the fundraising of over $400,000 as part of the GiveNOLA Day campaign.

Prior to her time at Ogden Museum, Ms. Wilkinson worked at Jonathan Ferrara Gallery in New Orleans and 33 Contemporary Gallery in Chicago. She received her B.F.A. from the School of the Art Institute of Chicago as a Presidential Scholarship Award recipient. Additionally, Ms. Wilkinson has served on the committee for the Preservation Resource Center’s Holiday Home Tour and served as a volunteer for Prospect New Orleans.