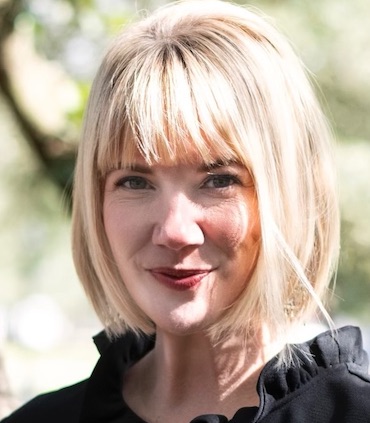 NEW ORLEANS — The Ogden Museum of Southern Art has announced that its board of trustees has elected a new board chair, Jessie Schott Haynes, managing director of The Helis Foundation in New Orleans. Haynes, also an attorney, began her term on Jan. 1. Additionally, Cleophus Thomas began his term as treasurer at that time. They will join previously-installed Vice-Chair Geoffrey Snodgrass and Secretary Justin Woods.

Haynes steps into the role of chair as Charles D. Urstadt completes two consecutive terms serving the museum as board chair. Both Haynes and Urstadt have been members of the board since 2016.

After fulfilling two terms as board chair, Urstadt has been named chairman emeritus by unanimous board vote and will remain an active trustee engaged in planning for renovation and expansion of the museum. During his tenure, Urstadt led the museum through challenges — including the global COVID-19 pandemic and the aftermath of Hurricane Ida — and also through opportunities, including the museum’s permanent addition of the historic Patrick F. Taylor Library designed by the 19th century architect, Henry Hobson Richardson.

“Charlie Urstadt was the perfect leader at the right time for the museum, just as I know Jessie Haynes will be going forward,” said William Pittman Andrews, the museum’s executive director. “They are both incredibly dedicated, insightful leaders, as well as passionate collectors, devoted to making the world of art accessible in our community and to creating a sustainable future for the museum.”

With an eye toward the future, and to honor Urstadt’s leadership as board chair, the museum has established the Charles D. Urstadt Chairman Emeritus Acquisition Fund, which is the first designated artwork acquisition fund in the museum’s history. The fund will be used to acquire selected works of art for the permanent collection, allowing for an ongoing and strategic expansion of the collection.

“We have been so fortunate to gain leadership whose greatest strengths matched our greatest needs,” said Andrews. “As we move into the third decade of Ogden Museum and it’s unique educational mission, focusing on building a fund for acquisition is very rewarding.”