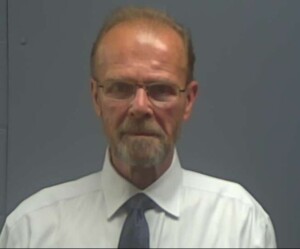 NEW ORLEANS (AP) — A nursing home owner who faces criminal and civil complaints over evacuating residents to a squalid warehouse to ride out Hurricane Ida in 2021 is now being sued by federal authorities who say he misspent $4 million.

The latest complaint against Bob Dean Jr. was filed Thursday in U.S. District Court in Baton Rouge and alleges he violated federal regulations.

Dean already lost state licenses and federal funding for crowding residents of seven nursing homes into an ill-prepared facility in the town of Independence, Louisiana, roughly 70 miles (110 kilometers) northwest of New Orleans. Authorities said they found sick and elderly people bedridden there after the storm, with patients on mattresses on the wet floor. Some were crying for help and some lying in their own waste.

The new complaint focuses on four of the nursing homes, the corporate entities Dean formed to operate them and federal regulations that applied to the organizations as businesses with federal mortgage insurance.

The litigation alleges Dean required the nursing homes to make payments to the warehouse, which he owned, “supposedly to serve as an evacuation center,” according to a government statement. “The rent, which totaled more than $1 million, was paid to one of his corporate entities. Rather than using the funds to prepare the warehouse for a hurricane, he funneled much of that money to his personal bank accounts,” the Justice Department said in a news release.

The federal complaint says the government is entitled to damages totaling twice the amount of the money misspent. Officials are seeking a trial by jury.

Dean had not filed a response as of Friday afternoon. The Associated Press emailed requests for comment to attorneys who have represented him in other matters.