Nov. 10 Business Forum: How to Network in the Pandemic Era 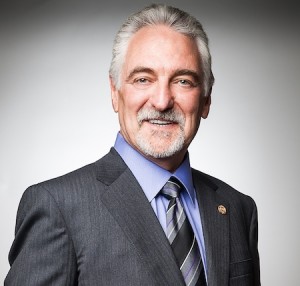 NEW ORLEANS — How has COVID impacted modern-day networking? Dr. Ivan Misner will share his insights during the November episode of the 21st Century Business Forum webcast.

This webcast will broadcast at 11 a.m. Wednesday, Nov. 10. Registration is free.

Misner is the founder “chief visionary officer” of BNI, a business networking organization. Called the “Father of Modern Networking” by both Forbes and CNN, he is considered to be one of the world’s leading experts on business networking and has been a keynote speaker for major corporations and associations throughout the world.

Founded in 1985, BNI now has more than 10,000 chapters throughout every populated continent of the world. Last year alone, BNI generated 11.5 million referrals resulting in $16.3 billion dollars worth of business for its members.

Misner is a New York Times bestselling author who has written 26 books; his latest being “Who’s in Your Room?” He is also a columnist for Entrepreneur.com, and has been featured in numerous publications as well as TV and radio shows.

Among his many awards, he has been named “Humanitarian of the Year” by the Red Cross and has been the recipient of the John C. Maxwell Leadership Award. He and his late wife Elisabeth were the co-founders of the BNI Charitable Foundation.

The 21st Century Business Forum debuted in 2021, featuring a lineup of top executives, experts and global thought leaders sharing ideas and insights for business executives, entrepreneurs, owners and managers navigating the year ahead. It airs on the second Wednesday of each month.

The 21st Century Business Forum is presented by Biz New Orleans and is sponsored by the New Orleans Chamber of Commerce, EO Louisiana and the University of Holy Cross. Registration is free. Click here to register.