There’s a family in Uptown New Orleans taking on the “big guns” in athletic wear, and they’re doing it with bamboo. The Andrews family, owner and operator of tasc Performance, has been using bamboo from the Sichuan Province of China to make original fabrics for its line of performance/lifestyle apparel since 2009.

“We were watching this whole polyester workout gear come out of nowhere and just take over the whole segment of the industry with UnderArmour and Nike,” says Al Andrews, co-founder and CEO of tasc Performance. “I heard about wick moisture and quick dry, which is great, but I found the bad side effects of it.  It smelled awful if you really worked out hard, and it wasn’t comfortable on the body.”

After two years of research and development, the family developed their own fabric, a mix of bamboo and organic cotton that is soft, breathable and wicks away moisture without the use of chemicals.

The “bamboo from below sea level” company has since found great success. In 2015, tasc Performance made Inc. 5000’s list of America’s fastest growing private companies for the second year in a row, posting sales of approximately $9 million. The company reports typical sales growth to be about 35 percent a year.

Tasc’s more than 100 different products are sold in close to 700 retailers nationwide, including locally at stores including Perlis, Rubensteins, Iron Horse Clothier and Varsity Sports.

While all production occurs inside an 80,000-square-foot facility in southern India, the 25,000-square-foot company headquarters —which includes 25 employees— is located off Earhart Boulevard in Metairie.

“We wanted to do this in New Orleans, and everybody thought we were crazy because a lot of performance apparel companies are based in New York, California or Oregon. But our roots are here,” says Al’s son, Todd, co-founder and president of tasc Performance.

“Our headquarters will always be in New Orleans,” adds Al. “It’s a charming and unbelievable place, and with this whole entrepreneurial movement taking hold, we find we can draw great talent from our universities here. Our motivation is to do things right and in New Orleans.” 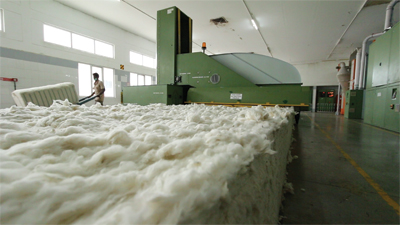 A Marathon, Not a Sprint
A Tulane alum and former professional basketball player, 71-year-old Al Andrews has more than 68 years of garment design and manufacturing experience under his belt, including work with the founders of Nautica before he started his first venture — the Andrews Sport Co. And he did it all from New Orleans, a place that first captured the hearts of he and his wife, Cindy, back in college.

Despite his in-depth experience in the textile and garment industry, helping corporations around the globe, his desire to have his own label never came about until the creation of tasc Performance.  For much of Andrews’ career, the job usually meant replacing his garment labels with someone else’s brand. “We knew we weren’t developing a brand. And that has been both our dreams always to develop our own brand,” says Todd.

Al remembers sitting with his sons and wife one day when inspiration struck. “I said if we could come out with a natural fabric —a fiber that could be lightweight, wick moisture, quick dry, a cleaner product — we could fill a niche that wasn’t being filled and create a brand and get big with it,” he says. “We all agreed to that, but it was easier said than done.”

“We started looking for different fibers that were sort of new at the time,” explains Todd.  Among those was a modal fabric made from beechwood fibers; they also tested soy and hemp, but that wasn’t good enough, either. The aha moment came when they discovered the “miracle” fiber. “I felt bamboo, and I was blown away,” he recalls. “And the more we researched it, the more we realized it had all these performance characteristics that were inherent to the bamboo fiber.”

“Inherently it (bamboo fiber) wicks moisture, it is clean, extremely comfortable and is almost like wearing cashmere as we mixed it with organic cotton,” adds Al.

It took the father and son team more than two years to identify the perfect formula for their original fabric.  “We started working with it and blending it with other different fibers because bamboo in and of itself is not very stable, and it is very difficult to work with,” says Todd.

They duo worked nonstop with a former colleague and textile engineer who owns a factory in India. “We had to decide on a specific rate where the spinner has to spin the yarn to remove all the excess fibers. All this was in preparation so that it would take the dye very crisply and deeply and last for the life of the garment,” continues Todd.

They also used specific enzymes or softeners on the fabric to get it to the desired smoothness, without chemical enhancements, which is part of tasc Performance’s trade secret. Plus, the clothing had to be easy to care for and could go into a dryer for 55 minutes and come out ready to wear.

“And, lo and behold, after doing so much work on it, we got it right, the right weight, the right everything!” exclaims Al. At that moment, tasc Performance was born. (The name tasc represents the first initials of each member of the Andrews family: Todd, Al, Scott and Cindy).

Although the use of bamboo pulp for fabric has slowly taken off during the past decade, tasc Performance prides itself on the intricate details used in the creation process, which the founders say sets the company apart from its competition. For instance, their exclusive BamCo, a patent-pending fabric-finishing process, is one feature of the line. “No one else in the industry is doing the steps that we are doing in our finishing process,” says Todd. “We have identified our specific way of handling the bamboo and the fabric from beginning to end.” 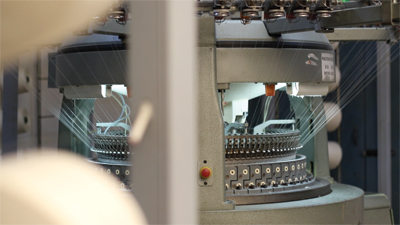 The knitting process utilizes more fine needles per square inch than standard traditional knits to achieve the smoothest and most comfortable fabrics possible.

New Orleans Proud
Al and Todd began marketing tasc Performance clothing by asking Tulane athletes and the school’s athletic director to try their product. Next, they reached out to country clubs in New Orleans and Baton Rouge, and then to luxury resorts across the country.

Over the past seven years, the company has become a big player in individual sports and performance-lifestyle apparel. “Everything we are creating is very versatile and fits the modern active consumer,” adds Todd.  “You can perform in it and also wear it to live in.”

As a local company, tasc is dedicated to giving back to the community that helped them so much in the early years. Tasc Performance served as the official apparel provider and sponsor for both the latest Louisiana Marathon and Crescent City Classic races, and worked with the French Quarter Festival this past year to create two custom production shirts, including the festival’s top-selling lineup tee.

For many years now, the company has also being donating shirts to Team Gleason, the nonprofit organization named for former NFL Saints player Steve Gleason that aids those with neuromuscular diseases and injuries. During this year’s Jazz Festival, tasc Performance also sponsored local famed musician Trombone Shorty’s Shorty Fest and created a custom designed shirt with the help of local painter Frenchy. 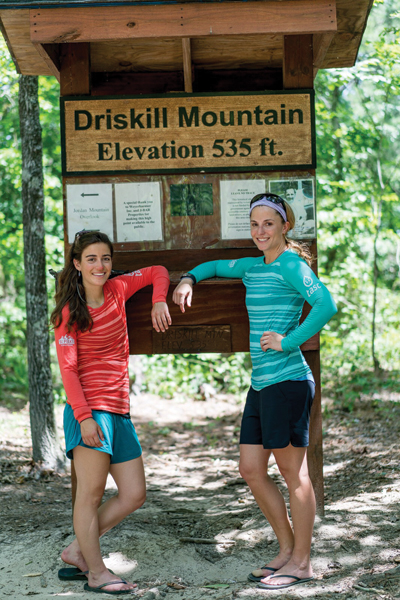 Support is Climbing
Far from just a local player, tasc Performance has also become the garment of choice of accomplished athletes including Melissa Arnot. Arnot set two world records summiting Mount Everest without supplemental oxygen wearing tasc Peformance’s signature MOSOmerino base layers during her climb. “For us it is gratifying that somebody at that level would trust our fabric for that type of expedition,” says Todd.

Arnot says she likes the fact the product holds up to all conditions and feels comfortable against the body.

Jeff Evans, who has served as the primary guide for blind climber Erik Weihenmayer on Mount Everest and adventure races all over the world, is also a huge supporter of the tasc brand. Todd recalls his conversation with Evans years ago. “He told me to send the product to him, and he would try it out.  Two weeks later, he called me and said, ‘This stuff is unbelievable; I never felt anything like it. It does everything you said it would do: it wicks moisture, dries fast, has a UPF 50 and it doesn’t stink.’”

Today, tasc Performance gives back to Evans’ charity, Warriors to the Summit, which is a part of No Barriers USA, an organization that helps the physically challenged overcome obstacles and enjoy the outdoors.

Future Plans
So what’s up tasc Performance’s sleeve in the near future?  Todd says the company is constantly developing new fabrics, primarily around the bamboo performance technology. “We are expanding our platform of fabrics and launching two new fabrics this fall.” And next spring, the company will be using a seamless knitting process. “Not many people are able to do a seamless construction which we’ll be using with organic cotton, our bamboo, and a small percentage of nylon and lycra,” he adds.

The goal, of course, is to become a household name like other major apparel brands.  “We want to be known for developing original fabrics and having an authentic brand,” Todd says. “There are not many apparel companies out there developing their own fabric.”

“We are growing rapidly and doing it the right way, and we try to do everything from an authentic and natural place,” adds Al. “We are still young and we just want to keep growing.”