With Help from the Community, New Central City Rum Distillery will Begin Production this Fall and Open Soon Afterwards

NEW ORLEANS — The development of a new spirits distillery in Central City is becoming a collaborative effort, between the company’s cofounders and the community.

Happy Raptor Distilling, LLC announced in a news release that it will begin production of its signature line of craft spirits – 504Rum – this fall. Once the site of a graffiti-covered storage facility, the distillery’s location at 1512 Robert C. Blakes Sr. Drive (a two-block stretch of Carondelet Street) is nestled in a high-traffic but often overlooked area.

While playing a role in the revitalization of this neighborhood, the distillery will feature a 2,000 square-foot production space, a tasting room with an adjacent back patio, a custom-built copper still, and a mural by local artist Hill Landry.

Happy Raptor Distilling, established by three friends and former next-door neighbors, specializes in infused rums made in the Caribbean tradition. Their inaugural products, 504Hibiscus and 504BananasFoster, are a light-hearted, unique twist on spiced rum.

During the first annual Louisiana Craft Spirits Week, a statewide celebration taking place through Monday, Sep. 9, Happy Raptor has launched a crowdfunding campaign to raise funds for final touches, including the purchase of essential equipment, the development of a tasting room experience, and beautification projects to benefit the space and the surrounding neighborhood. 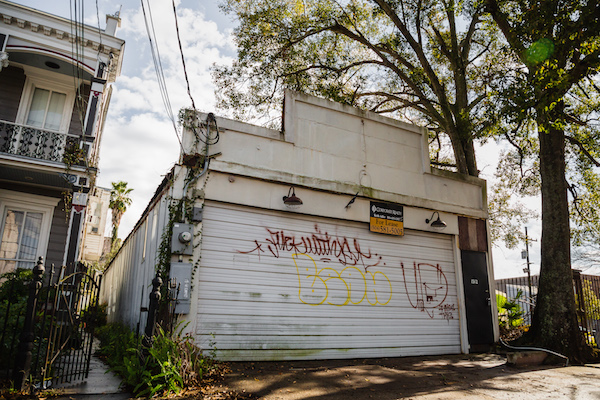 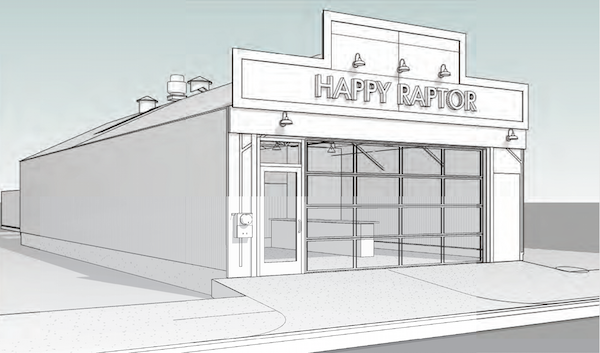 “We are excited to give the community an opportunity to get involved before our doors even open. Supporters of the campaign will have access to special perks that can only be found there, and some never again since we’re gearing up for a grand opening,” said cofounder and head distiller Mark Taliancich. “There has been a good deal of excitement around this project and we are so grateful for the support.”

Prizes from the crowdfunding campaign include vouchers for signed, commemorative bottles from the inaugural batches of 504Hibiscus and 504BananasFoster, invitations to a special grand opening party, and a “golden” Mardi Gras wristband that provides access to the distillery, which is a block from the St. Charles Avenue parade route, for all ten operating days of the festivities. The campaign will also offer discounts to wristband holders and a sneak preview tasting of 504Bananas Foster before it hits the market.

The Happy Raptor team plans to begin production at the end of September and will open for private events shortly thereafter. The company expects to celebrate a ribbon cutting and open the tasting room for limited hours in January. The exact dates will be announced in the coming weeks.

For more information on the crowdfunding campaign or to snag a “golden” Mardi Gras wristband, visithttps://www.indiegogo.com/projects/happy-raptor-distilling/x/22336417#/.