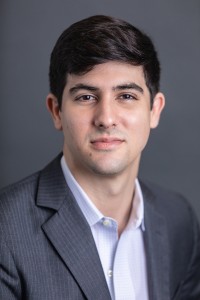 NEW ORLEANS – The Big Easy is getting an infusion of Silicon Valley glamor and money thanks to … silicon.

Local business boosters cheered when news broke last month that upstart tech company Advano – founded by New Orleanian Alexander Girau – had raised $18.5 million to fund efforts to create a patented form of powdered silicon that will improve the performance of the lithium-ion batteries that power everything from your neighbor’s brand-new Tesla to the iPhone in your pocket.

Observers are especially excited by the sources of the capital. The list of “rock star” investors includes Tony Fadell, the inventor known as the “father of the iPod,” and Peter Thiel, the billionaire co-founder of Paypal. Another player is business accelerator Y Combinator, which launched Airbnb, Dropbox and several other major tech companies.

These speculators are getting involved because batteries are becoming more and more essential to our daily lives and they believe Advano can make them better … a lot better.

“Lithium-ion batteries are the key to electronics,” said Girau. “Everything you touch has a battery in it. We touch at least eight batteries a day … and that’s gonna increase over the next five years.

Currently, the standard material inside a battery is graphite. If you replace that with silicon, however, the storage capacity will be multiplied many times over.

“That’s huge when you’re in a space that’s requiring more powerful batteries,” said Girau. “The problem is that most of the silicons are very hard to use, very hard to make into battery grade and the stuff that does work is expensive. That’s where we come in – I’m a chemical engineer by training and we’re applying very scalable approaches to make this material affordable.

Globally, there are a lot of companies spending a lot of money to make a better battery. One important facet of Advano’s process, though, is that it uses silicon byproducts as its raw material.

“People throw this stuff away, and we upcycle it into a high-value product,” said Girau. “That’s what makes what we’re doing scalable and sustainable.”

Advano’s first round of funding has paid for a 20,000 square-foot facility near the University of New Orleans that will be up and running by March. Girau hopes the plant will be able to make up to 10 tons of silicon powder per year. A possible second round of investment is in the works to fuel expansions after that.

“New Orleans companies don’t typically get this level of investment from this class of investor,” said Girau. “[This proves that] New Orleans can sustain a high-tech company going through a massive expansion.”

Girau said the city is a perfect home for this kind of endeavor thanks to its longstanding relationship with the oil and gas industry.

“Batteries are just little bags of chemicals,” he said. “People around here know chemicals. They know energy. They know how to make stuff. So this could be an actual way for New Orleans and the region to kind of take the reins of a global movement.”