Fresh off its “Homeless Not Hopeless” campaign, the New Orleans Mission is growing and changing — and could really use your help.

Hanging in the main room of a small red brick building on Baronne Street called Gardner Cottage is a photograph of a 47-year-old woman named Mary Westbrook. With a tranquil look in her eyes, she cradles a little white cat in her arms. The image captures a peaceful moment between two living things that share one sad reality — both are homeless.

Westbrook’s photo is just one in a gripping series created through a collaboration between the New Orleans Mission and the LASPCA that aims to put real faces on homelessness in New Orleans. Titled “Homeless Not Hopeless,” the showcase opened Feb. 2 at a fundraiser held at the LASPCA.

The photographs were taken by Mission Disciples — homeless men and women who are part of a one-year program at the mission that includes fellowship, regular biblical teachings, life skills training, counseling and a work program that helps residents save money to get on their feet.

The discipleship program is part of an overall transformation that has taken place at the shelter in recent years that also includes major structural renovations to the main building on O.C. Haley Boulevard.

In addition to the 32 women currently living in the shelter on the South Shore, the mission also bought the K Bar B Youth Ranch, a 60-acre property on the North Shore, and renamed it the Giving Hope Retreat in the fall of 2015.

That facility includes several dormitories, a basketball court and a swimming pool and will eventually become a home to those enrolled in the discipleship program. Currently there are 72 men living at the North Shore retreat. By the end of 2017, the mission hopes to add 50 more beds at the retreat center.

Under the helm of David Bottner, the shelter’s executive director, the New Orleans Mission began a $6.1 million renovation last summer. The first step was to renovate the roof and facade of the mission’s building on O.C. Haley. The first phase, which cost approximately $1.1 million to complete, was covered in large part using state money and historic tax credits.

“What I envisioned when I first came to the mission was seeing it like a hospital that people could come to to get whatever help they needed,” Bottner says.

The reality, however, was quite different. 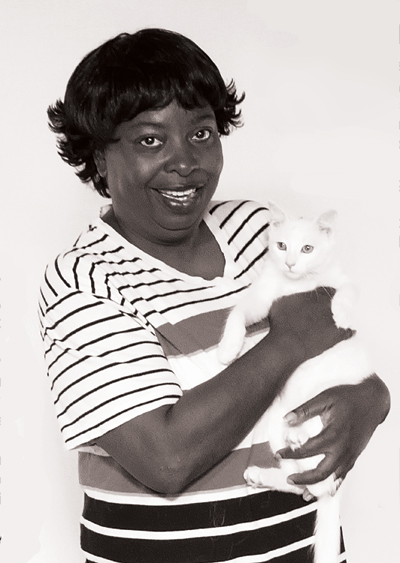 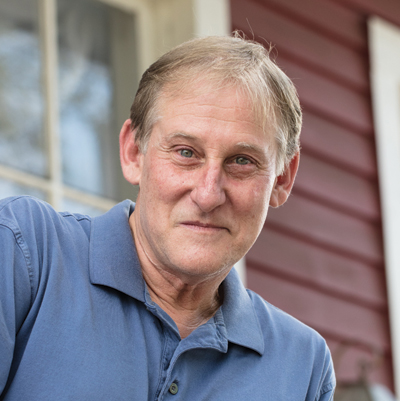 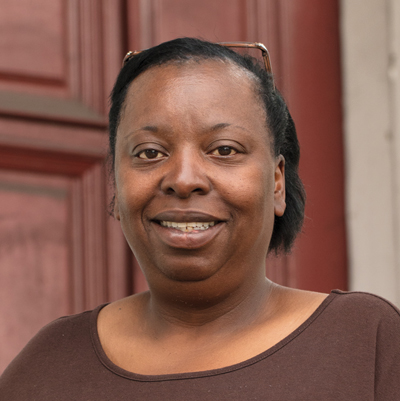 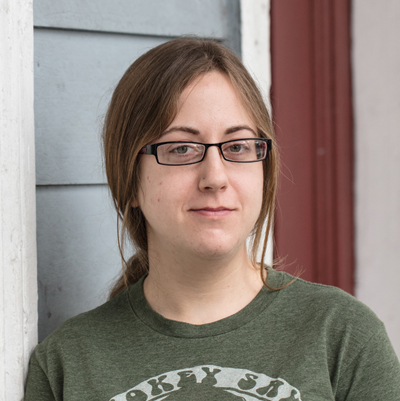 TOP LEFT New Orleanian Mary Westbrook came to the New Orleans Mission last year to get help battling drug and alcohol abuse. This month she graduates from the nonprofit’s one-year Mission Disciples program, sober and with more job skills. Her portrait was one of many showcased in the mission’s recent “Homeless Not Hopeless” campaign — a partnership with the LASPCA. TOP RIGHT AND BOTTOM New Orleans Mission residents come from all walks of life and each has their own story of struggle, and — with the help of the mission — redemption thanks to the lodging, training, counseling and care of the largest faith-based private service provider to the homeless population of Greater New Orleans. The mission boasts multiple ways for businesses of all sizes to join with them in changing the lives of New Orleanians.

“The mission used to be a place where we could just barely make ends meet,” he says. “The facility looked bad and smelled bad. I could understand why people didn’t want to stay here. We believed that if we could transform the building, we could at least take away that reason for why people didn’t want to stay.”
Meanwhile, the second facility on the North Shore is envisioned more as a retreat where people can be at peace.

“The city is fast, and it is full of distractions,” Bottner says. “People need space away from there. The answer for us here is always a healthy heart, and so we ask ourselves, “How does that heart get healed?”

Bottner says that the change of the environment has already impacted the wisdom and behavior of the men for the better. Moving forward, their goal is to get everyone in the discipleship program to the North Shore facility.

A resident of the New Orleans Mission over the past year, Westbrook is set to graduate from the discipleship program this month. After battling drug and alcohol abuse, she says it was her mother that ultimately helped her decide to make a drastic change in her life.

“When I called, I was put on hold at first and I said to myself, “No, I need to just go!” she said. “I had a job, money, but I lost that. Then I realized that you can lose your life when you’re high on the streets.”

Westbrook says that, no matter what, her mother was there for her. That morning she said, ‘You need me to help you pack? I know you need these shoes.’ I said, ‘Mama, you really want me to go?’

“She turned around and said, ‘I don’t want you to go, but you have to go,’ Westbrook said while slowly swinging on a porch chair outside of Gardner Cottage. “She was right.”

Westbrook says her year at the mission hasn’t come without its challenges. She says it has taken time to learn to overcome her addiction and its impact on her life.

She will graduate from the program in March — now clean and sober. In May she plans on buying the photograph of her and the cat for her mother on Mother’s Day. 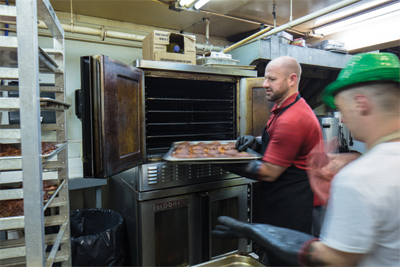 The work training portion of the Mission Disciples program teaches residents new skills and helps them to save some money that enables them to get back on their feet.

March 31
Giving Hope Sleep Out for Charity
Individuals sleep outdoors at the Giving Hope Retreat to raise money for the new Northshore Womens’ Pavillion facility dedicated to victims of human trafficking and abuse.

April 22
The Ride for Homeless Heroes
A motorcycle ride from the Mission on Oretha Castle Haley to the Giving Hope Retreat in Lacombe that benefits veteran services.

June 3
Raising the Roof for Charity
the Mission is this year’s recipient of this annual event by the Northshore Home Builders Association that is selling raffle tickets to win a $427,000 home.

Are looking for hands-on opportunities to give back.

The Mission’s “Sharing and Caring Community Outreach Experience” is an opportunity for groups or individuals to offer help and love to hurting people. It also makes for an impactful corporate outing or teambuilding experience. First, buses pick up the corporate group at a designated location then bring them to the Mission for an introduction. Then, the group is transported to the grocery store where they will purchase personalized grocery bags, which they bring to outreach locations all over the city where people in need are waiting. Mission Media Productions, the Mission’s creative team which is run by some of its the disciples, can also photograph the outing and produce a short documentary for the participating company.

Volunteer opportunities are available on both the Southshore and Northshore.

MISSION: As the largest faith-based private service provider to the homeless population of the Greater New Orleans area, the New Orleans Mission provides food, shelter and spiritual guidance to those in need.

Giving Hope Retreat at 31294 US-190 in Lacombe, Louisiana opened in the fall of 2015. This Northshore facility offers 72 beds for those participating in the Mission’s one-year discipleship program.