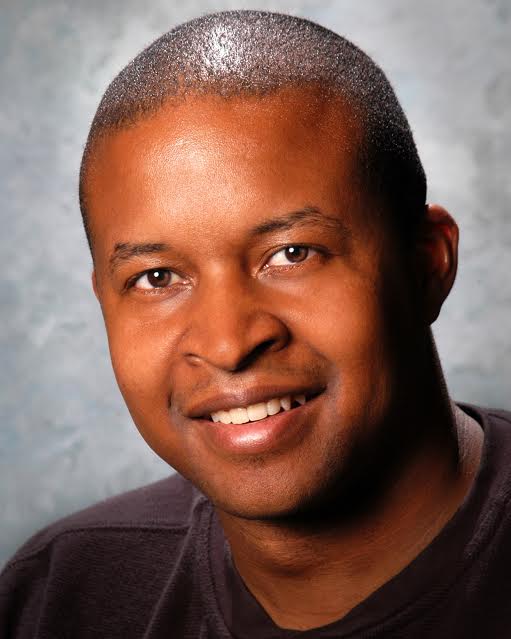 You may not know exactly who Donald Lewis is, but if you’ve lived in New Orleans for more than a year, I can assure you, you’ve seen or heard this consummate actor.

Lewis imbues an unstinting amount of exuberance into those short segments. They are heavily influenced by Michael Buffer, the American boxing ring announcer and his catch phrase, “Let’s get ready to rumble.”

“I also try to get the same energy that Ernie K-Doe gets into his music,” says Lewis.

Lewis has been an active OZ volunteer for decades.

“Donald is not only a wonderful actor, he’s a terrific person and a valued, longtime volunteer at WWOZ,” says OZ’s general manager, Beth Arroyo Utterback.

Lewis is a graduate of New Orleans Center for the Creative Arts and trained at the College of Santa Fe. He’s a professional actor who’s appeared in hundreds of theatrical productions.  Most notable was when he worked with legendary playwright Edward Albee in the premier production of “Fragments.”

“Edward Albee was one of the smartest people I’ve ever met,” says Lewis. “And he was so accessible.”

Lewis was last seen on stage in New Orleans in, “MotherCourage and her Children, adapted by Ntozake Shange and presented by Southern Rep Theatre.

He has also appeared in numerous films. Lewis was invited to the Sundance Institute for the film, “Heaven Before I Die” and was part of the cast of the feature film “The Wedding.”

Lewis has also appeared on television in a variety of shows shot in New Orleans and performed in commercials for everything from Zatarain’s to political candidates.

A former instructor in the gifted and talented program of Orleans Parish’s theater department, Lewis performs regularly at schools across the state with Young Audiences of Louisiana. The organization’s website shares a review of his work.

“Rolicking fun abounds as Donald Lewis becomes each character in these world stories, with voices so diverse the students will hardly believe they came from one man.”

He’s also worked with the Louisiana Endowment for the Humanities (LEH). Recently, Lewis has been helping children try to understand current events.

Over the coming weeks, Lewis will be sharing titles from the LEH’s award-winning program, PRIME TIME, on their Facebook page, along with guiding questions to support meaningful conversations.

“Don is an incredible PRIME TIME storyteller,” says Christina Lott, one of LEH’s program managers. “He engages participants with his high energy and humor.”

“Reading and discussing the book can provide a starting point for conversations that help our children begin to understand the world around them,” says Lewis.  “Since the Cro-Magnon man sharing stories of the hunt, storytelling has been helping children understand why people do what they do.”

Lewis is one of the rare artists who has been able to build a successful small business by piecing together meaningful opportunities for his immense talent.

Oh, and if you’ve ever spent time at the Kid’s Tent at the New Orleans Jazz and Heritage Festival, you’ve certainly seen Lewis. He’s joyously been the stage manager at the venue for years.

Teens Get In on the Giving