New Orleans Lawyer, Veteran Appointed to Board of Directors at West Point 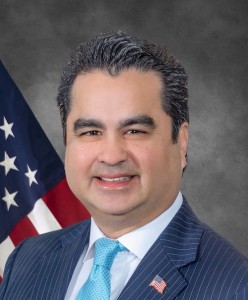 Since 1802, West Point has educated and trained future officers to lead in the U.S. Army, and Alvendia will serve on its historic 200-year-old Board of Directors alongside senior members of Congress, including U.S. Senator Joe Manchin, U.S. Senator Richard Burr, and fellow Iraq War veteran U.S. Senator Tammy Duckworth.

“I am honored and humbled to serve our great nation once again on this important bi-partisan Board. I appreciate the trust and confidence of President Biden in selecting me for this opportunity, especially during such challenging times around the globe. The men and women of West Point are central to our country’s future leadership at home and abroad,” said Alvendia.

Alvendia served honorably as an Army Officer for 25 years and received the Bronze Star Medal for his service during combat operations in Iraq in 2005 with the Louisiana National Guard 256th Brigade Combat Team, where he was part of an international team of lawyers who assisted Iraqi prosecutors in their criminal trials against insurgents.

A Loyola Law School graduate, Alvendia dedicates his time to raising his son, Noah, and co-managing The Alvendia, Kelly and Demarest Law Firm, while also helping Louisiana Veterans in need. In 2013, together with other Iraq and Afghanistan war veterans, Alvendia started the Legion of Mars Mardi Gras Krewe, the first New Orleans carnival organization established to honor U.S. military veterans and their families. Alvendia and the Mars Krewe have since helped thousands of local veterans while deployed or in financial hardship.

Alvendia stated that he is proud to represent his fellow New Orleanians and Louisianans and will continue to help local veterans as he serves on the Board of Visitors. Alvendia will continue working at his law firm and remain based in New Orleans while traveling to New York and Washington D.C. throughout his three-year Presidential Appointment.