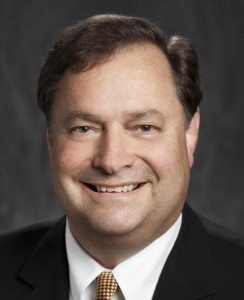 NEW ORLEANS – Tourism executive J. Stephen Perry, president and CEO of New Orleans & Company since 2002, has announced his retirement from public and private service at the end of 2022. The destination marketing organization’s board of directors approved a succession plan that appoints Walter “Walt” J. Leger III president-elect. He will become Perry’s successor on Jan. 1, 2023. Leger is an attorney, former state legislator and New Orleans & Company’s current executive vice president/general counsel.

New Orleans & Company is the tourism and hospitality industry’s official destination sales, marketing and trade organization. Before the pandemic, the industry was credited with bringing more than $10 billion of annual business to the region’s economy through leisure and cultural travel, business meetings, conventions, weddings, festivals, sporting events and more.

Perry took the helm of New Orleans & Company, formerly known as the New Orleans Convention & Visitors Bureau, in 2002. During his tenure, he navigated Hurricane Katrina, the BP oil spill, Hurricane Ida and the current COVID pandemic. He led the renaming and rebranding of the CVB to New Orleans & Company and created and implemented a unique private sector funding model. For nearly two decades, he’s been active in New Orleans civic affairs and a visible spokesman for the industry.

“I have had a lifelong love affair with the city of New Orleans,” said Perry in a press release announcing his plans to retire. “The entirety of my professional life has focused on my love of higher education and my love of the culture of New Orleans. Fortunately, the governor gave me his full blessing on leading massive investments in the New Orleans cultural economy and in the difficult negotiations to earn our place as the smallest city in America to have two major sports franchises. Louisiana is my heart, but New Orleans is my soul. Leading New Orleans & Company for two decades was the greatest honor and privilege ever and I can never thank my colleagues, industry and board enough for the thrill and honor of being their partner for so many years.”

David Bilbe, New Orleans & Company’s 2021 chairman and general manager of the Omni Royal Orleans Hotel, said, “Many people think tourism dollars just happen, but it actually must be fought for and earned, and that is the role of New Orleans & Company. Under Stephen’s leadership, the city achieved record-breaking visitor levels, won Super Bowl, Final Four and NBA All Star games bids, created tens of thousands of jobs and careers in hospitality, secured critical recovery investments and won multiple national and international awards.”

Said Leger: “I am honored by the confidence the board has placed in me and I salute Stephen’s singular achievements that have led to record breaking success over the past two decades. Only through innovation, creativity and a steadfast commitment to our members and the people of New Orleans can we hope to build upon the many successes our city has seen over the years. I look forward to the challenges that lay ahead, and I pledge that no destination anywhere will out work our team at New Orleans & Company to ensure that New Orleans remains a world-class destination with a thriving cultural economy and an improving quality of life for our residents.”