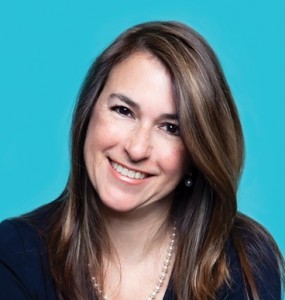 NEW ORLEANS (press release)  — The New Orleans Chamber of Commerce announced that Sandra Lombana Lindquist, the current chief operating officer and executive vice president, will take over the role of CEO following the retirement of Gregory Ben Johnson, who has held the position since 2009. Lindquist brings to her new role over 25 years of experience in economic and community development in the New Orleans area and a passion for connecting businesses.

Key to New Orleans Chamber’s turnaround over the last decade was the creation of a new revenue and membership model – the Chamber’s Chairman’s Council– starting at five companies to now over 40 of the largest employers in the region. The Chairman’s Council enabled the Chamber to maintain a focused business agenda and competitive dues structure to retain and attract both large and small companies. After more than a decade, Johnson leaves the Chamber as a strong, effective and inclusive business organization.

“I credit the success of the New Orleans Chamber to the leadership of the Chamber’s board, staff and members,” said Johnson.

Johnson’s storied career in philanthropy and economic development began with the Archdiocesan Office of the Social Apostolate where he exponentially increased annual fundraising campaign and aggressively expanded programs and services.  As president and CEO of the Greater New Orleans Foundation from 1991 to 2008, Johnson spearheaded the organization’s philanthropic agenda and grew its assets, annual grants and donations to allow the Foundation to address critical community needs and opportunities.

“I am fortunate that my life has opened up incredible career and personal opportunities. I look forward to the possibilities the future holds for me,” said Johnson. “I am leaving the New Orleans Chamber of Commerce in more than capable hands, and I am very proud of the work that Sandra and I have done together to promote economic development and support small businesses across New Orleans. I am confident that she will take the Chamber to new heights in the years ahead.”

Lindquist has served the New Orleans region by promoting community development for over 25 years. She earned her B.A in business and Latin American affairs from the University of Texas and her master’s degree from Tulane University, and she is an alumna of the Goldman Sachs 10,000 Small Businesses program, the New Orleans Regional Institute (NORLI) and the Jefferson Chamber Leadership Institute. She has served on the boards of the Louisiana Industrial Development Executive Association, the Louisiana Association of Business & Industry, and the New Orleans Regional Chamber of Commerce.  She is current past President of the Louisiana Chamber of Commerce Executives. In 2018, Lindquist became the only practicing Certified Chamber Executive (CCE) in the state. She co-created the Chamber’s Women’s Business Alliance and created the first women’s regional collaborative conference, which launched in 2019.

“I am grateful for this new opportunity to work for the betterment of our community,” says Lindquist. “I’m very passionate about the work that the Chamber does to promote economic growth and to support small businesses in our area. I congratulate Ben on his retirement, and I look forward to helping to grow the Chamber even further.”

Sandra Lindquist will assume the role of CEO January 1, 2022. For more information, visit neworleanschamber.org, their Facebook @NewOrleansChamberOfCommerce or their Twitter @nolachamber. Lindquist’s headshot is available for download here.