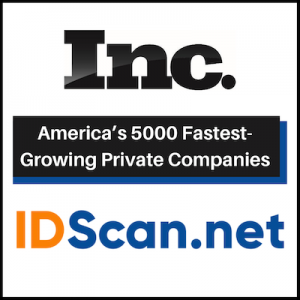 NEW ORLEANS – Inc. magazine today revealed that New Orleans-based IDScan.net is recognized on its annual “Inc. 5000” list, a ranking of the nation’s fastest-growing private companies. Intuit, Zappos, Under Armour, Microsoft, Patagonia, and many other well-known names gained their first national exposure as honorees on the “Inc. 5000.”

“As a completely boot-strapped company, it is a great honor to be recognized as one of the fastest-growing companies in the U.S.,” said Denis Petrov, CEO of IDScan.net. “What started as an idea in our garage has grown into a leading company that develops identity verification and information-gathering technologies.”

Over the past several years, IDScan.net has grown from the vision of its co-founders, CEO Denis Petrov and CTO Andrey Stanovnov, into a player in the rapidly expanding field of information gathering and identity verification. The duo got help from Idea Village and Launch Pad before setting up their global headquarters in the University of New Orleans Research & Technology Park, now known as The Beach at UNO. This past quarter, IDScan.net expanded onto another floor, hired eight new employees, and launched several products. Today, IDScan.net employs some 70 people across offices in New Orleans, Las Vegas, Seattle and Europe.

“The 2021 ‘Inc. 5000’ list feels like one of the most important rosters of companies ever compiled,” says Scott Omelianuk, the magazine’s editor-in-chief. “Building one of the fastest-growing companies in America in any year is a remarkable achievement. Building one in the crisis we’ve lived through is just plain amazing. This kind of accomplishment comes with hard work, smart pivots, great leadership, and the help of a whole lot of people.”