The Bureau of Governmental Research (BGR) was founded in New Orleans in January 1932 to monitor and analyze government policies, finances and processes as then U.S Senator-elect Gov. Huey Long muscled his notorious political machine into the city.

In the decades since then, the private, nonprofit, independent research organization has issued more than 1,500 objective, nonpartisan public policy reports to inform public policy making and improve government function.

As local media organizations are shrinking and don’t have the resources to provide the breadth and depth of coverage they once did, BGR President & CEO Rebecca Mowbray said the BGR’s work is vital.

“Our staff is incredibly talented and knowledgeable about the way government works and the way it should work and … able to spot the things that are broken,” she said. “We can take a deep look and do the research that other news organizations just don’t have time to do. Even the elected officials, they may have their priorities, but a lot of time don’t have the time to have their staff look into these questions.”

Mowbray became leader of the organization in January. Previously, she worked as an assistant inspector general and program evaluator in New Orleans and spent 18 years as a journalist.

She said BGR’s main focus is working on “core issues in which everyone has an interest,” like finding sustainable ways to fix and maintain our streets, finding better ways to pay for drainage, and making sure that tax assessments are fair and equitable for everybody.

“In an era of misinformation and extreme partisanship, BGR has never mattered more,” Mowbry said. “We’re nonpartisan. Our research is thoughtful, reliable and incredibly well done. Our goal is to bring people together around solutions and find the best path forward. Society really needs us.”

Helping Investors Succeed is Music to Their Ears 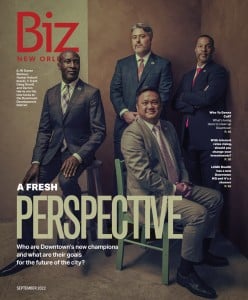