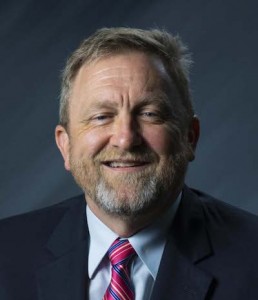 McKellip, a native of Picayune, Miss., and resident of Slidell, has been serving as director of the Stennis Center Operations Directorate. In his new role, he succeeds Mary Byrd, who was selected as Stennis associate director a year ago, becoming the first woman to hold one of the three NASA front office posts on site. Byrd recently announced her plan to retire, with both leadership changes effective by the end of the year.

“Over her entire tenure, Mary made notable contributions to ensure the success of both NASA and Stennis,” Center Director Rick Gilbrech said. “In all of her roles, she has served as a mentor and role model.”

McKellip has served in multiple management positions during his 22-year NASA career at Stennis, all with progressively greater responsibility and accountability. He has provided support to four mission directorates at Stennis and achieved federal “senior executive service” status earlier this year in assuming leadership of the Center Operations Directorate.

Created in 1979, the SES classification is designed for federal employees who use well-developed executive skills to administer programs at the highest levels of the government. The leadership program requires candidates to demonstrate skills in five key areas – leading change, leading people, results driven, business acumen and building coalitions.

“Rodney has provided outstanding leadership and strategic planning for a comprehensive and integrated program of institutional services for the center,” Gilbrech said. “He has provided key direction for the operation and maintenance of Stennis’ test support facilities and has been instrumental in establishing and managing site host-tenant and facility use agreements with on-site government, university, and commercial tenants.”

Corporate Realty to Manage and Lease 'The Beach' at UNO