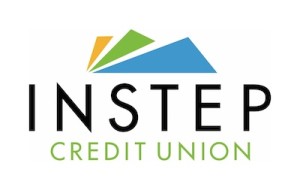 NEW ORLEANS – NAS JRB Credit Union will be known as Instep Credit Union beginning June 1. The name change corresponds with the construction of the credit union’s new 6,200-square-foot building at 8640 Hwy 23 in Belle Chasse. Kern Architects and Lincoln Builders are leading the $2.5 million project, which is expected to be completed in August.

“Modernizing the institution’s identity while staying true to its military roots was essential for the leadership team. We sought a name that is mindful of our history, but also projects an innovative and progressive mindset,” said Helen Delin, the credit union’s president and CEO. “The name Instep does both. We believe the rebrand strengthens our current relationships while connecting to a new generation of members.”

Delin said members will experience a “seamless transition with minimal disruption” as the updated brand rolls out over the next few months.

Founded in 1948, NAS CU’s original office was located at the New Orleans Lakefront. In 1957, the credit union relocated when the Naval Air Station Base moved to its present location in Belle Chasse. In 2001, the credit union changed its name from NAS to NAS JRB to be more aligned with the base name. Today, the credit union boasts more than $49 million in assets and serves more than 5,000 members.