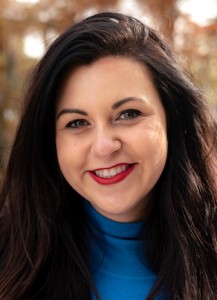 NEW ORLEANS – The New Orleans Entertainment Coalition has announced that Nadia Alhashimi has been selected to serve as the nonprofit’s executive director.

Her scholarly work has included exploration of the economic impact of women in the arts and culture, the representation of women in media, and new trends in media and technology in the next generation. The arts, she says, hold the power to bring people together.

Upon successful completion of her Fulbright tenure, Alhashimi worked in journalism across Jordon and in neighboring countries, which coincided with and immediately followed the tumultuous Arab Spring civil unrest. During this time, she launched Luxury Magazine, a multimillion-dollar, multi-national lifestyle publication, for which she served as managing editor.

She has served as a consultant to numerous nonprofits and organizations, including New Orleans Business Alliance, Louisiana Center for Women in Government and Business, New Orleans Ballet Association’s BRAVO, and The Club of New Orleans. On a national level, she worked with Women in Tech International (WITI) toward ensuring that the Arts were integrated into traditional STEM models for a broader and more diverse STEAM approach.

As the COO of the National Association of Women MBAs, Nadia has focused on serving minorities and women, and on interweaving critical messaging of tolerance and acceptance. She is also working toward the integration of technology-forward, user-centric approaches in conferences and expansion of the organization’s university chapters around the country.

“Nadia’s culturally rich work history, keen insight into shifting economies and passion for the arts and culture make her the ideal person to serve as NOEC’s Executive Director,” said Sandra Herman, NOEC Board President and CEO. “We are excited to have her lead our efforts in supporting the arts and generating awareness as to the impact of arts in communities, both intrinsically and economically. Arts truly matter.”

“All over the world, music and art serve to bring people together, to unite and educate despite chasms that may otherwise seem insurmountable,” says Alhashimi. “In arts, music, and tourism we hold space to appreciate remnants of the past while also daring to dream of a better future.”
The mission of New Orleans Entertainment Coalition is to promote global awareness, education and celebration of the arts and culture as a means to enhance quality of life, support tourism and strengthen the economy. NOEC is a 501(c)(3) non-profit organization. For more information, visit www.NewOrleansEntertainment.org.