N.O. Tourism Pros Have Challenge Ahead

NEW ORLEANS – The city’s tourism boosters have their work cut out for them as they devise marketing plans for the “new normal.”

In 2018, New Orleans welcomed 18.51 million visitors who spent $9.1 billion, according to tourism and travel research company D.K. Shifflet & Associates. Since the pandemic shutdown began, however, most of the city’s 45,000 hotel rooms have been empty. That means the 2020 numbers will be way down. 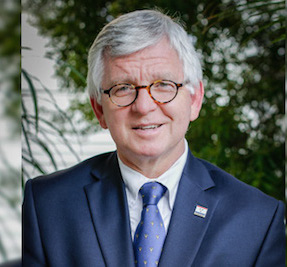 “About half the city’s hotel properties are actually operating but the occupancy as you can imagine is very, very low,” said Mark Romig, the senior vice president and chief marketing officer at New Orleans & Company (the former New Orleans Convention and Visitors Bureau). “We’ve got some people coming into town because they have to visit a family member or maybe it’s a traveling nurse or first responder but the meetings and groups and tours are all pretty much postponed. The thinking from the industry is that it’s going to take a couple of years to get back to normal and that’s assuming we get on the other side of this with a vaccine and therapeutics.”

For New Orleans & Company, that’s a problem for many reasons – not the least of which is that the lack of visitors has caused its budget to shrink considerably. A large majority of the organization’s revenue comes from funds paid by the city’s lodging guests. New Orleans & Company estimates that it is currently operating at 27% of its normal budget.

“The pandemic has reordered our whole thinking,” said Romig. “Pre March 13 was a whole different story. We were already going to be operating with less money this year because of the dollars that were being used for the city’s #FairShare initiative but those dollars don’t even exist anymore. Now we have to try to keep our lights on. We had a staff reduction of about 25% and we’ve all taken salary cuts to do what we can do to maintain some firepower for when we need it.”

The biggest challenge for the city’s marketers, Romig said, is making sure New Orleans is truly safe and ready to welcome guests and then getting that message out to potential visitors.

When New Orleans was identified as an early “hot spot,” there were justifiable worries about the overall threat level here. Fortunately, two months after the crisis began, a consensus has developed that Gov. John Bel Edwards and Mayor LaToya Cantrell have done a lot of the right things to get the virus under control. Now the goal is to put guidelines in place to make sure there isn’t another spike. And then find new ways to do what New Orleans does best.

“We’ll certainly have to figure out how to handle large groups,” said Romig. “We’ll have to satisfy some sort of protocol. I need that direction from the CDC and the state of Louisiana for everything from music concerts to our NBA and NFL teams. Those things are being discussed now.

“I think we are smart enough to re-engineer how meetings and groups should perform and act because that is a major piece of our economy. But all of this has to be done in concert with federal and state leaders and the medical experts to make sure we are doing the right thing. When we start our marketing we want to be able to say we’ve got the highest standards of sanitation and cleanliness and New Orleans is here because we’ve done it right. We stood up the right way.”

Romig said New Orleans & Company will begin promoting the city in viral ways (read: free or cheap) to potential visitors who are close to the city and then begin to expand the reach to “drive markets” and then to folks who would have to take a flight to get here.

“Initially we are going to be looking at what we call a micro-marketing approach,” he said. “We will be speaking to ‘friends and family’ who live close to New Orleans. People will want to get out of their house and have an experience under safety guidelines. They’ll want to have a nice meal, maybe see an attraction and hopefully, as we get into the summer, they’ll actually spend the night. We’re talking at first about the greater New Orleans area and then maybe into the Gulf Coast a little bit and up toward Baton Rouge.”

Romig said the future of festivals, in particular, will have a big impact on the number of visitors who come to the city.

“It will be interesting to see how those can be re-engineered to keep people safe because festivals represent a huge component of our economy,” he said. “We have more festivals than we have vegetables and they are going to be an important link to bringing our culture back as soon as possible while following the guidelines.”

Romig, who is the Superdome announcer for New Orleans Saints games, also has a particular interest in the fate of the 2020 NFL season. He says he doesn’t have any inside scoop about the league’s plans.

“Oh man that is still above my pay grade,” he said. “I hope just one day to be able to be back in the Dome so I can say, ‘First down Saints!’ We are waiting and I’m sure they’re going to bring all the right experts in to do the things that are necessary to keep everybody safe. We all know what football means to the city’s soul and you could see that just the other day when they had that replay of the Atlanta game. It was so wonderful to watch that again.

“Our nation is filled with so many wonderful, smart people. We can figure this out!”