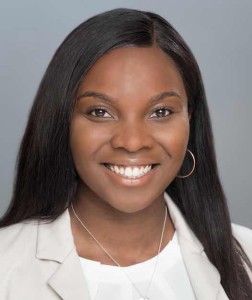 The NOPB, a wholly owned subsidiary of the Port of New Orleans, has named Tomeka Watson Bryant as its general manager effective June 1. With this promotion, Watson Bryant, who has received industry-wide recognition, becomes the first African American woman to lead a short line railroad in the United States.

Watson Bryant, a second-generation railroader, brings both operations and commercial experience in the railroad industry to lead NOPB, a Class III railroad on the nation’s fourth-largest rail gateway that connects with six Class I railroads and serves Port NOLA and local industry. During her five years with NOPB, she oversaw business development and customer service as manager, sales and marketing and pioneered a successful safety program. Watson Bryant’s experience includes Class I railroad experience; she launched her career as a train master for both CSX and NOPB.

“We applaud Tomeka for this well-deserved and historic appointment to lead the New Orleans Public Belt Railroad,” said Brandy D. Christian, CEO of NOPB and president and CEO of the Port NOLA. “She is a leader who has earned this role for her productivity, innovative business development ideas and commitment to safe operations.”

“It is an absolute honor to take the helm of the New Orleans Public Belt Railroad and continue our progress as a safe, efficient, competitive and environmentally sustainable rail service in the New Orleans Gateway,” said Watson Bryant. “As the daughter of a railroader, I am proud to follow in the footsteps of my father who worked in the industry for 41 years.”

Watson Bryant succeeds M.D. “Mike” Stolzman, who is being promoted to chief operating officer of Port NOLA in a portwide reorganization that optimizes synergies between the two agencies, provides seamless multi-modal solutions to shippers, and further integrates the New Orleans gateway.