NEW ORLEANS – The COVID-19 crisis has disrupted economies worldwide and wreaked havoc on the U.S. stock market. According to the New York Times, stocks have slumped about 35 percent since the coronavirus spread globally last month … and more than $8 trillion in value for shareholders has been erased. In the last two days, on news of the $2 trillion federal stimulus package, the market has been gaining value.

So what does all this change mean for the Average Joe investor in New Orleans? We’ve been asking for advice from local experts. Here, Ernie Burns of Burns Estate Planning and Wealth Advisors, gives us his thoughts.

Any advice other than leave your investments alone and trust the long-term results? 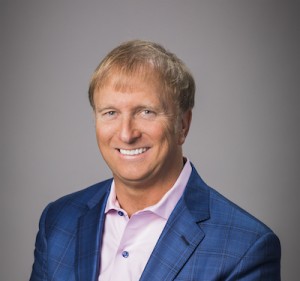 If you need this money within the next year, then by all means remove it from the market. However if you don’t plan on touching your assets for at least a year or longer then I would keep them in the market because we believe it will come around.

Do you recommend any strategies to buy while the value of many stocks is low?

Yes, if you’re between 20-55 years old you should be adding money to the market, as much as you can afford to put in, as long as you know you’re not going to touch it for several years. If you’re 55 and older and are not retiring for at least three years, I believe this could be a buying opportunity for you, too. Just be cautious to make quality buys. Make sure the companies are blue chip companies. If you’re currently retired, then you need to be very cautious. You need to hold on, you are probably already currently invested in the market. I believe this market will turn around.

First, 2007, 2008 was a mortgage crisis leading up to the financial crisis in late 2008 into 2009. This current situation is not a financial crisis; it is not an economy issue. The economy was booming a month and a half ago. This current situation has everything to do with a virus that has attacked the United States as well as other countries worldwide. This is what we call a “Black Swan” event.

The current situation is kind of similar to the 9/11 event in the sense of it is an event that happened on one day and then the country rallied. I believe the country will rally around this situation, also, and come back. In addition, 9/11 was a one-time event that was lengthened due to the beginning of a war. This virus has stretched out over the last couple of months and will not last nearly as long as 9/11. We’ve been fighting that war for 20 years.

Black Monday: The only similarity is how fast the market went down on Black Monday and then on Terrible Tuesday, the following day. The current crisis is worse, because it went down even faster. However, the market bounced back in the 90s, and this will bounce back faster, since this was not a financial or economic crisis in any manner. We will come back. The US government and the Federal Reserve have stepped in and as long as they pass the policies they need to pass to get cash into American’s hands and small businesses, I believe this country will come back very fast.

In addition, my belief is that the Dow, using it as a benchmark or an example, was at 29,500 as a high and is currently at 20,000, I believe by the end of the year the DOW won’t break the highs but it will come back six to eight thousand points by the end of the year. That is a huge gain from where it is right now. I believe industry and economy will come back strong. We’re going to have a huge build up of pent-up demand for goods and services by May, June and July and at that time large and small companies will need to answer that demand which will spur our economy. Companies have already reported expectations on Wall Street to have very strong third and fourth quarters, very strong like we’ve never seen.

This conversation took place on Friday, March 20. At the time of publication, the Dow had climbed to 22,000.