So it’s anybody’s guess how hotel owners, employees and the ancillary businesses that rely on them will survive. And it’s obvious that some of them won’t.

Occupancy in downtown hotels is usually around 75% this time of year. This summer, it will be between 5% and 8%. 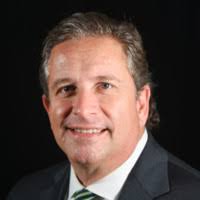 “When you look at June, July and August, the occupancy numbers are in single digits and those numbers are probably going to stay there because no individuals or groups are calling to book any business,” said Steve Caputo, president of Greater New Orleans Hotel and Lodging Association and the manager of Hotel Monteleone.

The fall numbers look marginally better, Caputo said, but it’s too soon to tell if they’ll stay where they are. It depends on whether the city and state will allow groups of any size to gather.

“We’ve pushed so many groups into the fall that we really don’t know what’s going to happen,” he said. “It’s all depending on the city’s response and how things progress with the virus moving forward.

“The speculation is that a lot of things that have been pushed to later months may or may not materialize depending on what we’re allowed to do. For instance, if there are no large gatherings allowed until there’s a vaccine, well what is considered a large gathering? Is that 25 people? Is it 50 people? Can you have a wedding reception for a hundred people? If we can’t have any gatherings that means we can’t have any groups at hotels and some of the business that’s on the books gets canceled.”

Caputo said he and his fellow hotel managers communicate several times a week and one of their major concerns is the safety and welfare of hotel employees.

“Those who have been furloughed or laid off while collecting unemployment benefits are getting that $1,200 monthly check plus $600 a week but that extra money runs out at the end of July so we are really concerned about what’s going to happen to all of our associates as we go into August, September and beyond when occupancy numbers are still in single digits,” he said.

The same problems will affect the restaurant industry, which is why Caputo and his colleagues fear an unemployment rate later this year of 45% or higher. Also affected by the low occupancy numbers are the ancillary businesses who support hotels by providing linens, cleaning products, toilet paper and other supplies.

“There are so many businesses out there that service hotels and restaurants so that we can serve our customers,” he said. “If we don’t have any customers to serve we don’t need them either so the trickle-down effect is pretty widespread. We’re very concerned about what the future holds for all of them.

“If you are a hotel or restaurant and you rent linens from a linen company for your dining room and you’re only running 25% of your dining room, you’ve cut your linen orders by three quarters so what is that linen operator supposed to do?”

Among the most notable businesses who count on busy hotels are the city’s iconic restaurants.

All this being said, Caputo and his colleagues know that public safety is the top priority.

“Certainly the health and welfare of an individual is more important than business,” he said. “There’s no question. We have to continue to emphasize all the precautions that people have to take to keep themselves healthy and to help prevent spreading the virus to others. If that message is hammered in to everybody I think we can open up safely and gradually and maybe we open up with 50 percent of seating in a restaurant, which is certainly much better than 25 percent. But there has to be balance.”