NEW ORLEANS – Founded in 1895, the Venice Biennale is a prestigious annual exhibit that showcases the work of artists, architects, universities and thought leaders from around the world. 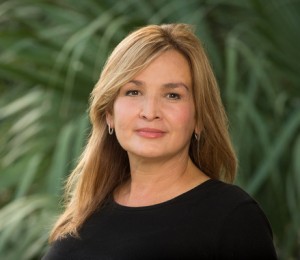 The 2021 edition of the event, scheduled to take place May through November at the Giardini della Biennale in Venice, Italy, will feature an installation designed by New Orleans-based architecture firm NANO, which has created spaces for GNO Inc., Apolline restaurant, Il Mercato and many other clients in New Orleans and nationwide.

For NANO’s owner and founding partner Terri Dreyer, the invitation is as much of an honor as it was a total surprise.

“It’s so funny, because everyone asks how we got invited and the answer is we don’t know,” she said. “They have scouts that they utilize throughout the world. And then they ask specific firms to exhibit. So we don’t really have an answer as to how this happened. And actually, I kind of appreciate some of the mysticism about it.”

The Biennale is a platform for architects from around the world to “visually present their personal thoughts and creations about and within architecture,” said Dreyer. Each exhibitor focuses on the “fundamental existential questions of time, space and existence.” It’s hosted by the European Cultural Centre, a nonprofit organization that promotes thought and cultural exchange among architects, universities, emerging businesses, artists and developers. This year’s event will draw attention to current issues of sustainability in its numerous forms.

NANO’s exhibit, in particular, will examine the connections between its hometown and the Biennale’s host city.

“Venice and New Orleans exist in precarious states,” said Dreyer. “Both are liminal cities, places between land and water, part of both, yet fully in neither. They remain resilient by embracing their unique topography, cultural identities and indigenous peoples. … Abstracting the vulnerability of both places and their relationship to water, we created section cuts by emphasizing the high, low and corresponding topography, conceiving an alternative field condition resulting in the reflection of submerged space.”

Ultimately, Dreyer’s immersive. 470-square-foot exhibit is only limited by her team’s imagination – and the cost to build it.

Since there are plenty of other expenses associated with Dreyer’s ambitious design (which incorporates everything from a giant video wall to … Mardi Gras Indians), NANO is engaged in a fundraising campaign to defray costs.

“This all is about how to get more of an international exchange not only of ideas, architecture and art, but also of travel, tourism and cultures,” said Dreyer. “I’m really trying to get the word out there, especially to our leaders in the community, that this is a great opportunity to promote New Orleans and to promote art and architecture.”

Despite the extra workload and the fundraising challenges, Dreyer said the project has been a welcome boost – especially during the weird pandemic year.

“My husband [and business partner Ian Dreyer] and I were just cracking up laughing about this,” she said. “One of the cool, yet beautiful components about the architecture profession is that you spend a lot of time in school, doing what you love, and creating and coming up with your incredibly big philosophical ideas. And then when you get out of school, the hard life of work and business takes over.

“Everyone wants to do more art but you end up doing a lot more science and code research and making sure that the building stays up. Because at the end of the day, we take an oath to protect and provide safety for our community, clients and the public.”

Preparing for the Venice Biennale, however, has been a chance for Dreyer and her team to think again in purely theoretical terms.

“And it makes you nervous, because I can do a building all day long,” she said. “I can go through the code, I can tell you who you need to speak to at all the municipalities to make sure that they are signed off. But the idea of being able to design something, without knowing what it’s going to be at the end, that’s exciting. Hopefully, I think that it we’ll make people stop and think – and that’s what I want them to do.”

British Airways to Resume Nonstop Flights Between N.O. and London