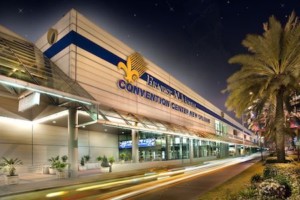 NEW ORLEANS – Kris Maleig was named director of facility management at the New Orleans Ernest N. Morial Convention Center. Maleig is a 15-year veteran of the convention center who has served at multiple posts, including five years as a mechanic, three years as an HVAC foreman, three years as HVAC and kitchen manager, and five years as the building operations manager.

In his new role, Maleig will ensure the efficient operation of the convention center through systematic approaches to maintenance and operations. He will directly supervise both corrective and preventative maintenance planning, as well as the coordination and administration of various capitol construction projects, including the oversight of bid contracts, purchase agreements, and inspections.

Maleig first joined the ranks of the New Orleans Ernest N. Morial Convention Center in March of 2000 as an equipment mechanic. In that position, he serviced important fixtures in the HVAC and food service systems. After five years, Maleig left the convention center to establish his own construction company where he used his skills to provide air conditioning and electrical installation and service to his customers.

Maleig rejoined the convention center in August 2009 as the building’s HVAC Foreman. In this role, Maleig was responsible for the development and implementation of a LEED compliant, cost effective air filtration program, which saved the convention center more than $200,000 annually. After three years at that post, Maleig was promoted to HVAC and kitchen manager, where he worked with partners like Centerplate to maintain critical air conditioning, food service, and refrigeration equipment serviced, even during the regularly scheduled shows that the convention center facilitates.

A highly skilled and proven tradesman, Maleig used his knowledge of convention center operations to succeed in his next role as building operations manager. In that position, he developed comprehensive budgets, prioritized high-value projects, and led a five-department team comprised of 90 employees tasked with keeping the convention center operating at full capacity. That experience will prove vital in his new role as director of facility management.

“I know that with Kris’s industry background and expertise in operations and maintenance, we will cement ourselves as one of the most efficient, well maintained and quality driven facilities in the world,” said Adam Straight, vice president of operations for the New Orleans Ernest N. Morial Convention Center. “I look forward to supporting our future together.”

Louisiana Giving Away $2.3M in Prizes to Encourage Vaccines