She said the initiative is similar to one adopted by Cook County in Illinois and the City of Toledo in Ohio. Moreno’s office has discussed these plans with the nonprofit organization RIP Medical Debt, which coordinated medical debt relief initiatives with Cook County and Toledo.

“Four out of ten Americans are experiencing the impacts of medical debt, which can lead to financial and psychological burdens, often deterring people from seeking the health care services they need,” said a Moreno spokesperson. “In some circumstances, financially vulnerable people with medical debt feel lasting impacts due to reduced credit scores, wage garnishment and property liens.” 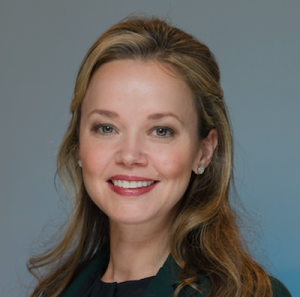 RIP Medical Debt works with medical providers to purchase qualified debt for “pennies on the dollar” of the debt’s face value. An estimated $1.3 million will cover roughly $130 million of New Orleans’ medical debt, according to Moreno. She’s asking the Council to set aside $1.3 million in American Rescue Plan Act funds to cover the costs. Cook County used $12 million in ARPA funds to work to clear $1 billion of estimated debt, and Toledo used $1.4 million to cover an estimated $180 million.

“This is a tremendous way to spend one-time federal dollars to help many New Orleanians needing assistance for financial stability,” said Moreno in a press release. “Being sick or injured shouldn’t put anyone in debt or lead them to go broke. Medical debt can happen to anyone, but the toll is especially high among Black adults. As we know, communities of color have also been disproportionately impacted financially and medically by COVID-19. I hope this can provide relief and a financial reset for many families needing this boost.”

“We are very excited by the City of New Orleans’ enthusiasm — and that of all local partners — to tackle the persisting problem of medical debt,” said RIP President and CEO Allison Sesso. “We’re committed to doing our due diligence to ensure our model is viable and set up for success in every area we work. We look forward to furthering conversations with local leaders and provider partners to determine what’s possible in New Orleans.”

“This initiative advances the City’s Community Health Improvement Plan goals of improving access to health care and increasing economic stability for New Orleans residents,” said New Orleans Health Director Dr. Jennifer Avegno. “Data show that 21.3% of people in Louisiana have medical debt in collections, with an average amount of $824. About one in seven people with debt said they’ve been denied access to a hospital, doctor, or other providers because of unpaid bills. And what’s even more devastating is that many families must choose between paying off medical debt, buying food, or paying their bills.”

Moreno said the Council plans to move this process forward as quickly as possible. Next steps include coordinating with RIP Medical Debt, which will begin engaging local medical providers in an effort to access and clear eligible debt.