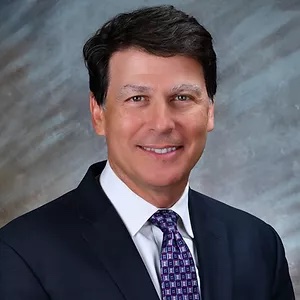 NEW ORLEANS — As NFL owners vote today to approve Las Vegas as the host city of the 2024 Super Bowl, New Orleans sports officials are in the early stages of preparing to host the 2025 event while working hard behind the scenes to put another one on the schedule.

New Orleans was originally on the books to host the NFL’s 2024 championship game but had to scratch those plans because the league’s new 17-game season caused the event to fall on the Sunday before Mardi Gras, which was an unresolvable conflict. Fortunately, local officials had inserted a clause into their agreement with the league that gave them the right to host the next available Super Bowl, which happened to be the very next year.

As that situation demonstrates, scheduling Super Bowls is a high-stakes game of “check your calendar” for city representatives and the football league. And it’s an especially difficult challenge in New Orleans — home to 10 Super Bowls and counting — which also welcomes many big corporate meetings, festivals and other events.

“It’s not necessarily five cities vying for one Super Bowl like it used to be,” said Jay Cicero, the president and CEO of the Greater New Orleans Sports Foundation, a nonprofit whose mission is to attract and manage Louisiana sporting events. He lists Phoenix, Atlanta and Tampa among the notable cities that have joined the fray in recent years — in addition to increased competition that will result from brand-new stadiums in Los Angeles and Vegas.

In the early days of the Super Bowl, said Cicero, New Orleans essentially traded hosting the event with LA and Miami, two other warm weather cities that were home to NFL teams.

First at Tulane Stadium and then at the Superdome, New Orleans hosted the NFL’s championship game every two or three years (1970, 1972, 1975, 1978 and 1981). In the 1980s and 90s, as the stature of the event grew and more cities competed to host it, New Orleans rolled out the red carpet (laid out the green turf?) for visiting NFL conference champions about once every five years.

In the new millennium, the stretch of time between games has increased further. Eleven years (and one devastating hurricane) passed between the 2002 and 2013 events — and the next one isn’t scheduled until 2025, although local officials are working hard behind the scenes to bring another Super Bowl back to New Orleans sooner than later.

“We’re always thinking ahead trying to land the next one while managing the ones we have,” said Cicero. “We also have the 2022 NCAA Mens Final Four coming here, and we are actually bidding on the next round of that while we’re hosting. Next year, they’ll choose the hosts of the 2027-31 events — and we’re hopeful that we’ll get one of those, just like we’re hopeful for another Super Bowl.”

Cicero wants to bring the next one back as soon as possible.

“It would be good to get back to something more frequent than every ten years,” he said. “That would help the Louisiana and New Orleans economy as far as the event is concerned — as well as the notoriety of a Super Bowl. That’s the difference between these major events and a convention; these bring in thousands of members of the media to cover for a week as well as the national and international broadcast of the games. A lot of positive publicity comes with these events.”

From Cicero’s perspective, it’s good news that Gov. John Bel Edwards and the Louisiana Legislature agreed to a funding plan that will get the Superdome renovations back on track.

“It’s good not only for the Super Bowl but for the Final Four and other major events,” he said. “It keeps the Superdome competitive with facilities that are much newer and certainly helps us attract other events. The Dome is an icon across the country and still remains a viable host to major events and that’s because of the renovations that have taken place since 1975.”