Grace Kelly was a theatrical actress, an Academy Award winning international movie star and an American-born Princess of Monaco. But, not the first…

That title belongs to a homegrown gal named Marie Alice Heine who was born in 1857 at 900 Royal St. in the French Quarter. That address encompassed three interconnected mansions where Café Amelie, 912 Royal St., stands today, and it’s where many local leaders and foreign delegates and dignitaries gathered yesterday, Wednesday, Feb. 21, to announce Heine’s great-great-step-grandson, His Serene Highness Prince Albert II of Monaco, will soon visit New Orleans to participate in its Tricentennial.

“To celebrate our historic and cultural connections on their momentous anniversary, I am delighted to announce that our Sovereign, His Serene Highness Prince Albert ll of Monaco, will be coming next month to New Orleans to unveil a plaque commemorating the birthplace of Alice,  Princess of Monaco, who was the wife of his great-great-grandfather Prince Albert I,” said Monaco’s Ambassador to the United States Maguy Maccario Doyle.

New Orleans’ Heine wed Prince Albert I in 1889 in Paris, becoming Her Serene Highness Princess Alice of Monaco. Louis II was her stepson, and Louis II’s daughter Princess Charlotte ceded her succession rights to her son Prince Rainier III. He married Grace Kelly in 1956, and they had three children. Their son, Albert II, who inherited the throne of Monaco, will come to New Orleans in March to represent Monaco and honor Heine.

During yesterday’s announcement, Doyle said “Monaco Takes New Orleans,” a week-long series of events now underway through Sunday, Feb. 25, will mark the deep ties between the Principality and New Orleans and is offered as a 300th birthday gift to the city.

“In preparation for this official visit, we will showcase the artistic and cultural heritage of Monaco as well as its culinary flavors,” said Monaco’s Doyle. “To celebrate our historic connections with the City of New Orleans on this momentous anniversary, we are very proud to showcase some of the wonderful facets of the Principality of Monaco over a week-long festival. From Feb. 19 through Feb. 25, the Principality of Monaco will be the toast of the town with two fascinating exhibitions, both free and open to the public, and a Monégasque culinary week at the NOPSI Hotel leading up to the acclaimed Les Ballets de Monte-Carlo’s performance of the ever-romantic tragedy, Roméo et Juliette, presented by the New Orleans Ballet Association.”

“We are thrilled to have the Principality of Monaco participating in the New Orleans Tricentennial,” said New Orleans Mayor Mitchell Landrieu. “As we celebrate 300 years of New Orleans, we will be remembering the cultural ties between our City and Monaco. I would especially like to thank Ambassador Maccario Doyle and the New Orleans Ballet Association for organizing this week of activities, and I encourage everyone to experience these outstanding events.”

This annual Gala benefitting NOBA will feature a French-inspired menu, open bar, dancing, a silent auction and a raffle for a $3,000 shopping spree at Lee Michaels Fine Jewelry.

The VIP Gala Experience weekend package includes tickets to the Gala patron party and dinner on Friday, Feb. 23, and the performance of Les Ballets de Monte-Carlo at the Mahalia Jackson Theater on Saturday, Feb. 24, with preferred seating and a VIP intermission wine reception and post-performance reception.

BRAVO fundraises for NOBA’s programs, including the presentation of world-class performances in New Orleans and more than 5,500 tuition-free dance classes, workshops and activities each year.

NOBA will present the internationally renowned Les Ballets de Monte-Carlo in a performance of Roméo et Juliette, sponsored by the Hyatt Regency Hotel New Orleans. Shakespeare’s tale of the famous star-crossed lovers gets an exotic French twist in this imaginative interpretation by renowned choreographer and director Jean-Christophe Maillot with a company of 50 dancers set to the romantic Prokofiev score.

“NOBA is honored to bring Les Ballets de Monte-Carlo back to New Orleans to celebrate New Orleans’ Tricentennial, our gift to the City,” said NOBA’s executive director Jenny Hamilton. “We are grateful to presenting sponsors Hyatt Regency New Orleans and Pam and Warner Williams for their extraordinary support. The company’s unique staging of this timeless masterpiece is guaranteed to be the pinnacle moment of Monaco’s visit to our great city.”

“It is an honor for Les Ballets de Monte-Carlo to return to New Orleans to perform Roméo et Juliette,” said Maillot. “We have developed strong ties with the American ballet tradition over the years, and have wonderful memories of every meeting we’ve had with audiences in this city. This tour in the United States fills us with joy. We are particularly grateful to the New Orleans Ballet Association for making it possible to present this mainstage performance, which has a very special place in our repertoire.”

“I’m delighted to welcome back, for the first time in a decade, the talented troupe of Les Ballets de Monte Carlo,” said Monaco’s Doyle. “It’s an extra special honor for Monaco to be the first country to pay tribute to the enduring appeal of the Crescent City on its 300th birthday.”

This photographic tribute of 46 black and white vintage stills from Monte-Carlo’s Golden Age, when celebrities worldwide flocked to Monaco’s Monte-Carlo for vacation, features iconic celebrities and personalities from the past who have graced the district’s streets and helped write the Monte-Carlo story and shape its enduring appeal.

The exhibit, located in the hotel’s grand spaces, is open to the public, and NOPSI Hotel will offer specialty cocktails and appetizers at its UnderCurrent Bar.

The special menu costs $33 per person, and includes:

The restaurant will also offer the Barbagiuan, the national dish of Monaco, throughout lunch and dinner service. Priced at $8 at Public Service, Barbagiuan is a deep-fried pastry stuffed with Swiss chard or squash, onion, parmesan and ricotta cheese.

View 16 dramatic black and white photographs by Monaco-born Alice Blangero that will take you behind-the-scenes and inside Les Ballets de Monte-Carlo as she captures the most intimate moments of the company’s work.

Members of the Princess Grace Foundation-USA will participate in the activities organized by the Embassy by highlighting award winners whose work in theater, dance and film ignite a cultural conversation.

“We are proud to highlight the work of Jon-Sesrie Goff during the ‘Monaco Takes New Orleans’ celebration, whose powerful short film ‘Site of Reckoning: Battlefield 2016’ is part of the Prospect 4: The Lotus in Spite of the Swamp exhibition at the Contemporary Arts Center in New Orleans,” Princess Grace Foundation-USA executive director Toby Boshak said.

Alex Soldier, an internationally acclaimed jewelry artist, sculptor and creator of the Princess Grace Foundation’s Price Rainier III Award statue, will stage a jewelry exhibit at the NOPSI Hotel’s gift shop through Sunday, Feb. 25. Save 20 percent off your purchases at the gift shop, or online through Wednesday, Feb. 28. Enter code “Monaco” at checkout at www.alexsoldier.com.

Five percent of every sale will benefit the Princess Grace Foundation-USA.

The 2018 “Monaco Takes New Orleans” series of events are organized and presented by the Embassy of Monaco in Washington, D.C., and the Consulate General of Monaco in New York, with the support of the Honorary Consulate in New Orleans. 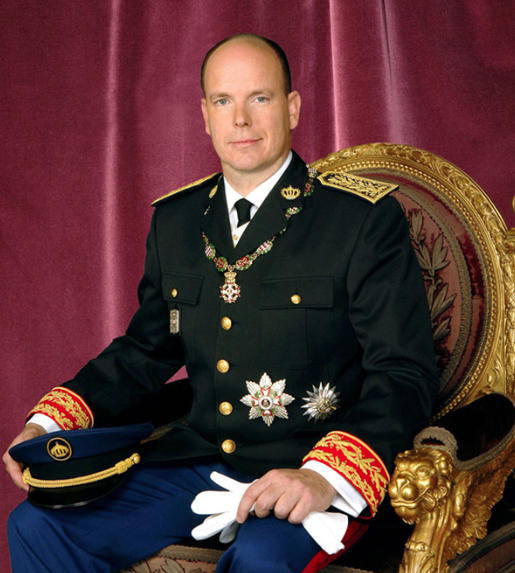 His Serene Highness Prince Albert II of Monaco will visit New Orleans in March to honor his great-great-step-grandmother Marie Alice Heine with a plaque at her original residence on Royal Street.