The Corps' Mississippi Valley New Orleans (MVN) opened 20 bays on the Bonnet Carre’ Spillway yesterday, Sunday, January 10, 2016 diverting 23,000 cubic feet per second (cfs) from the Mississippi River into the Spillway ultimately flowing into Lake Pontchartrain.  MVN opened an additional 18 bays today increasing the number of opened bays to 38 and the diverted flow to 41,000 cfs.  MVN intends to open an additional 22 bays tomorrow to raise the total of opened bays to 60, that should increase the Spillway flow to approximately 65,000 cfs.  The MRC now projects the need to divert an estimated maximum flow of 190,000 cfs through the Spillway and confirmed that the Morganza Spillway would not be operated.

Please note the full details in the attached Brief and the notes below, the areas in bold (emphasis applied) would be of particular interest to Lower Mississippi River operations.

The MR&T system continues to operate as designed during this top 10 flood event and we continue to reap the benefits of the wise multi-generational commitment and investment that has resulted in this comprehensive system.  This flood, however, serves as a reminder that the MR&T project remains incomplete and incapable of passing the project design flood at many locations protected by hundreds of miles of deficient levees and floodwalls.  The opening of the Bonnet Carré Spillway yesterday also reminds us that the system is inching closer to its centennial birthday.  Many of the features necessary to create room for the river and protect people, towns, industry and farms are in need of recapitalization as part of this generation's extension of the commitment that has gotten us to this point.

-With the announcement today that river conditions will not require the operation of the Morganza Spillway during the flood crest currently in the system, flood fight efforts in the Atchafalaya Basin take center stage.

-The Bayou Chene barge closure project continues to move forward to reduce the backwater impacts and protect more than 100,000 residents and several large industrial complexes in St Mary, Terrebonne, Lower St Martin, Lafourche and Iberville parishes. Through the PL 84-99 program, the New Orleans District will provide and install 20,000 tons of rock as part of the closure project in support of the State of LA, St Mary Parish‎ and the St Mary Levee District. The commission staff will travel to Morgan City tomorrow to witness the ongoing flood fight efforts at Avoca Island and to get a closer view and understanding of the Bayou Chene closure.

-HESCO flood fighting efforts at Krotz Springs on the Atchafalaya River will be completed tomorrow.

-The New Orleans District temporarily restricted the Sidney A. Murray Hydropower plant to a daily flow allocation of 125,000 cfs maximum, effective today, Jan 11..  This temporary restriction is intended to limit/eliminate flow curtailments to ensure safe and effective operation of the Old River Control Complex during the current high water event.

-Based on recent revisions in the forecasts at Red River Landing, our watershed management team has prevised the peak flow through the Bonnet Carre Spillway to 190k cfs.  We expect the structure to remain open for approximately three weeks to around Jan. 28-29 timeframe. 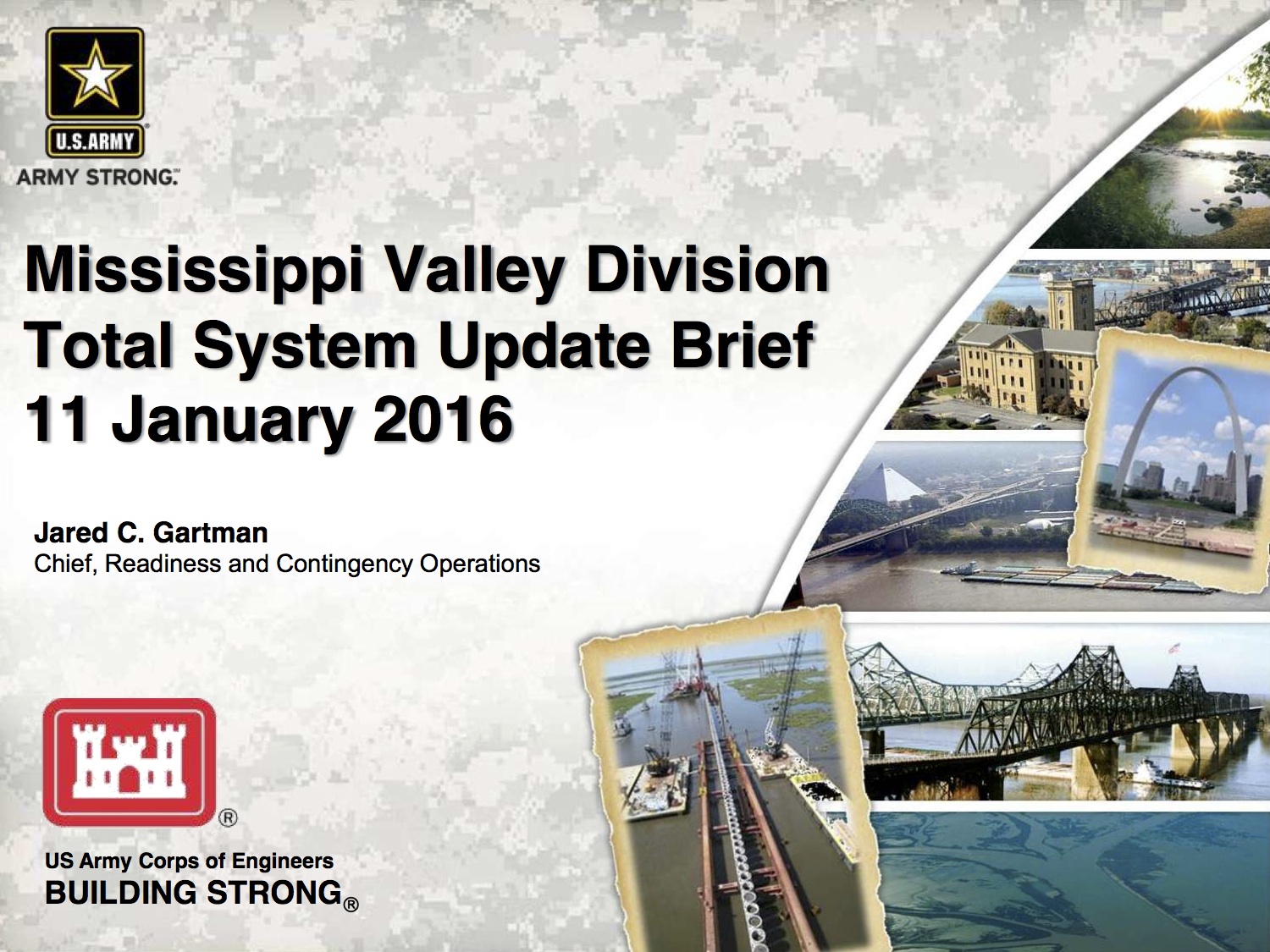 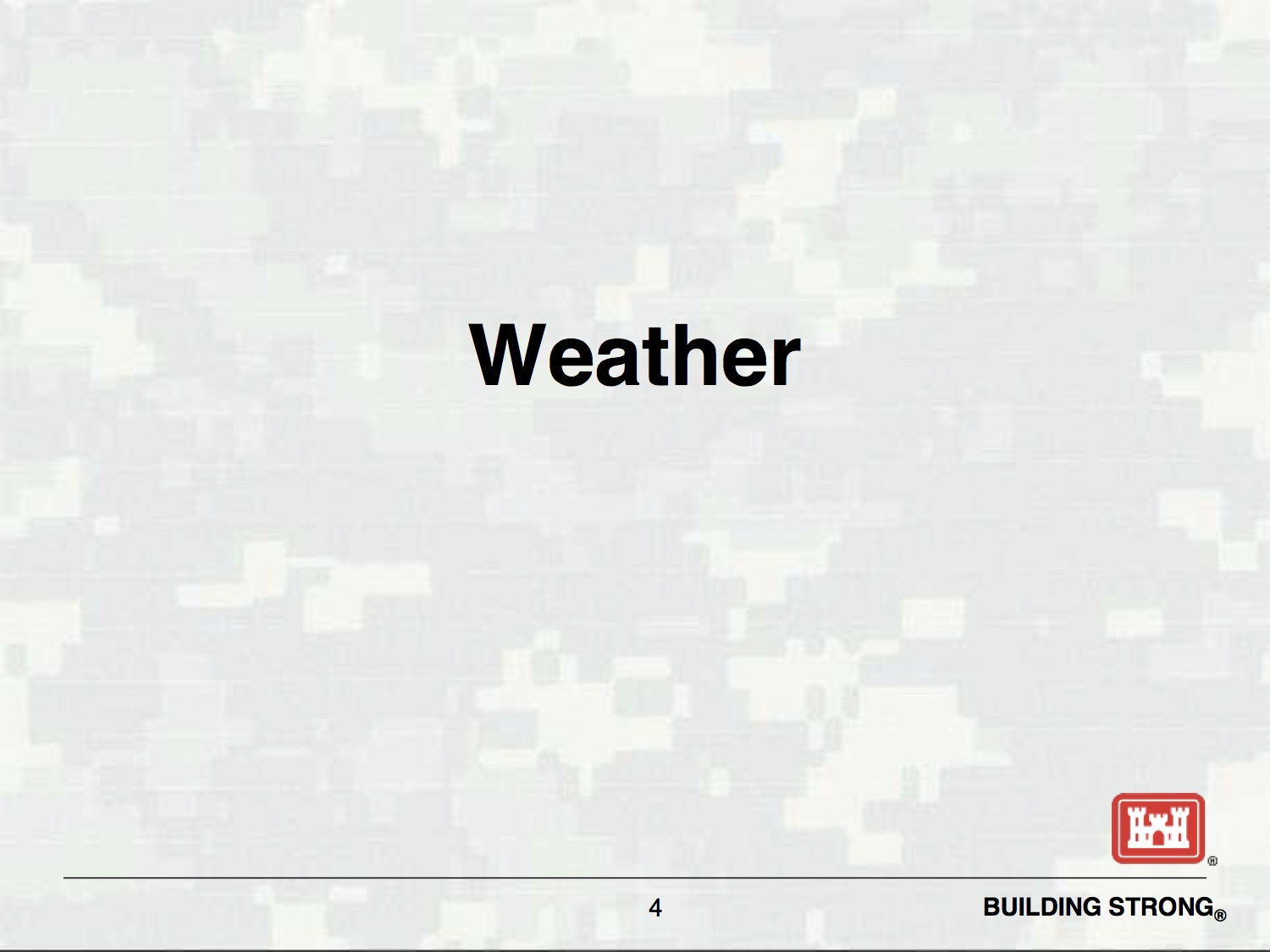 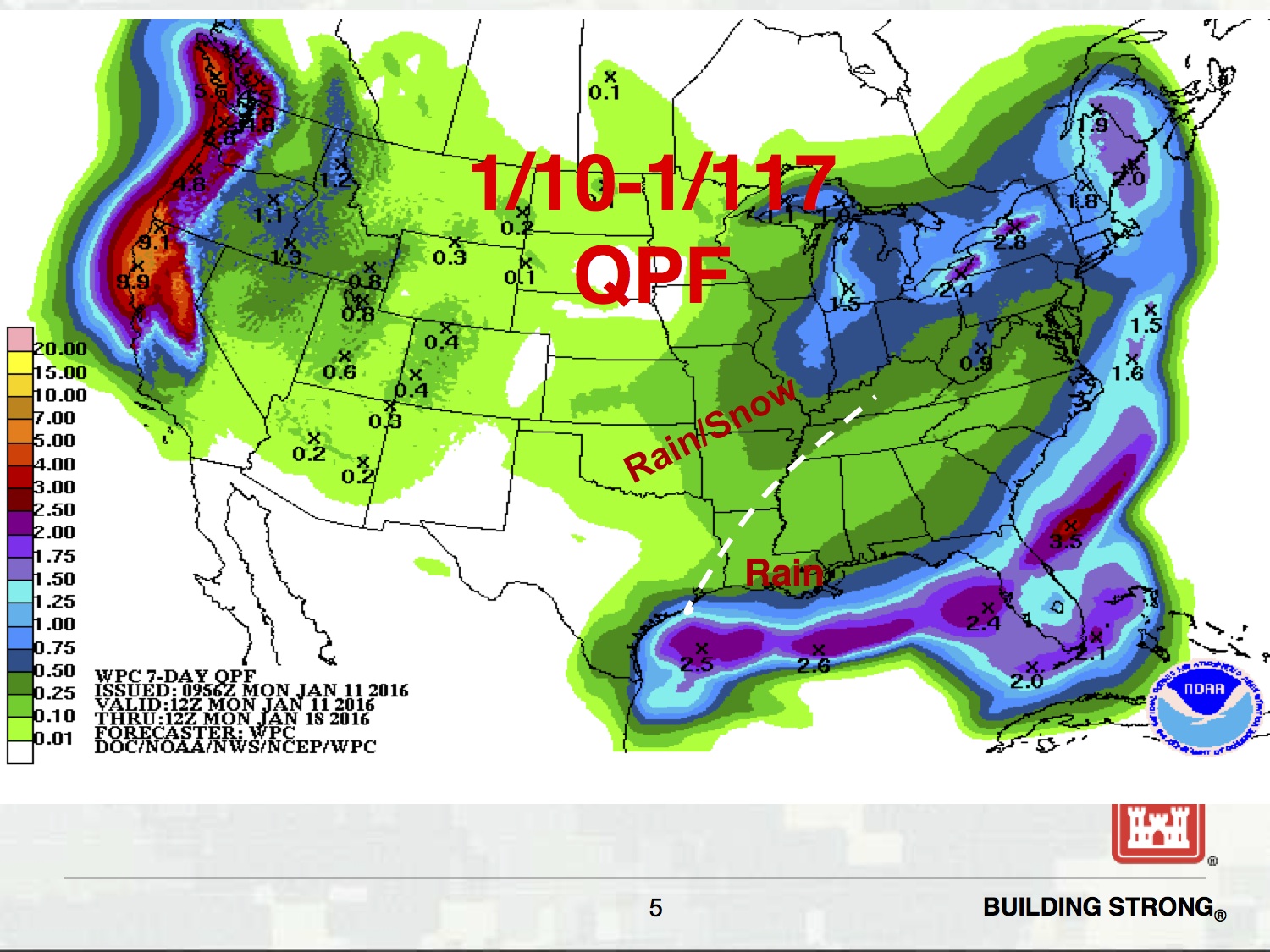 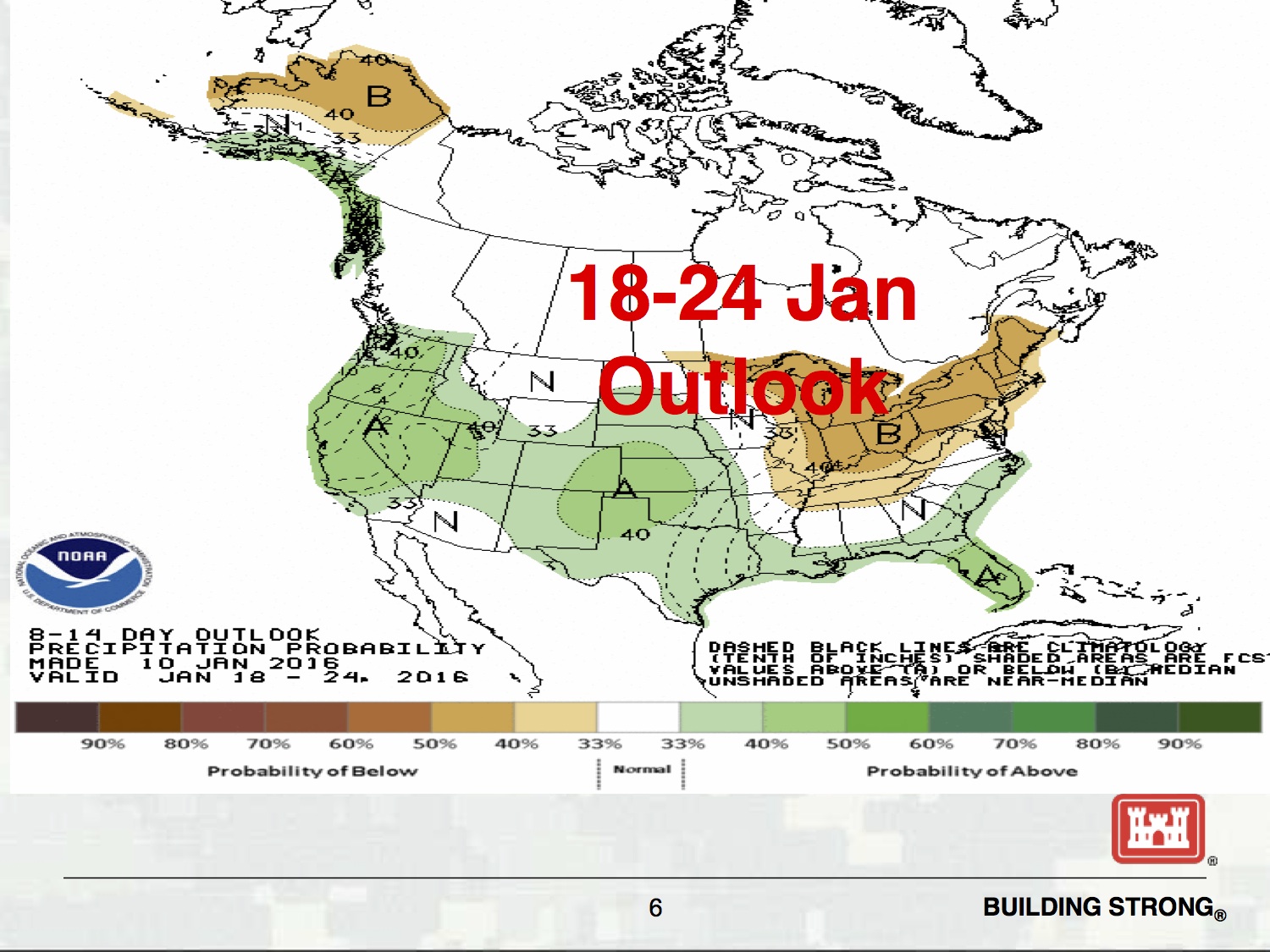 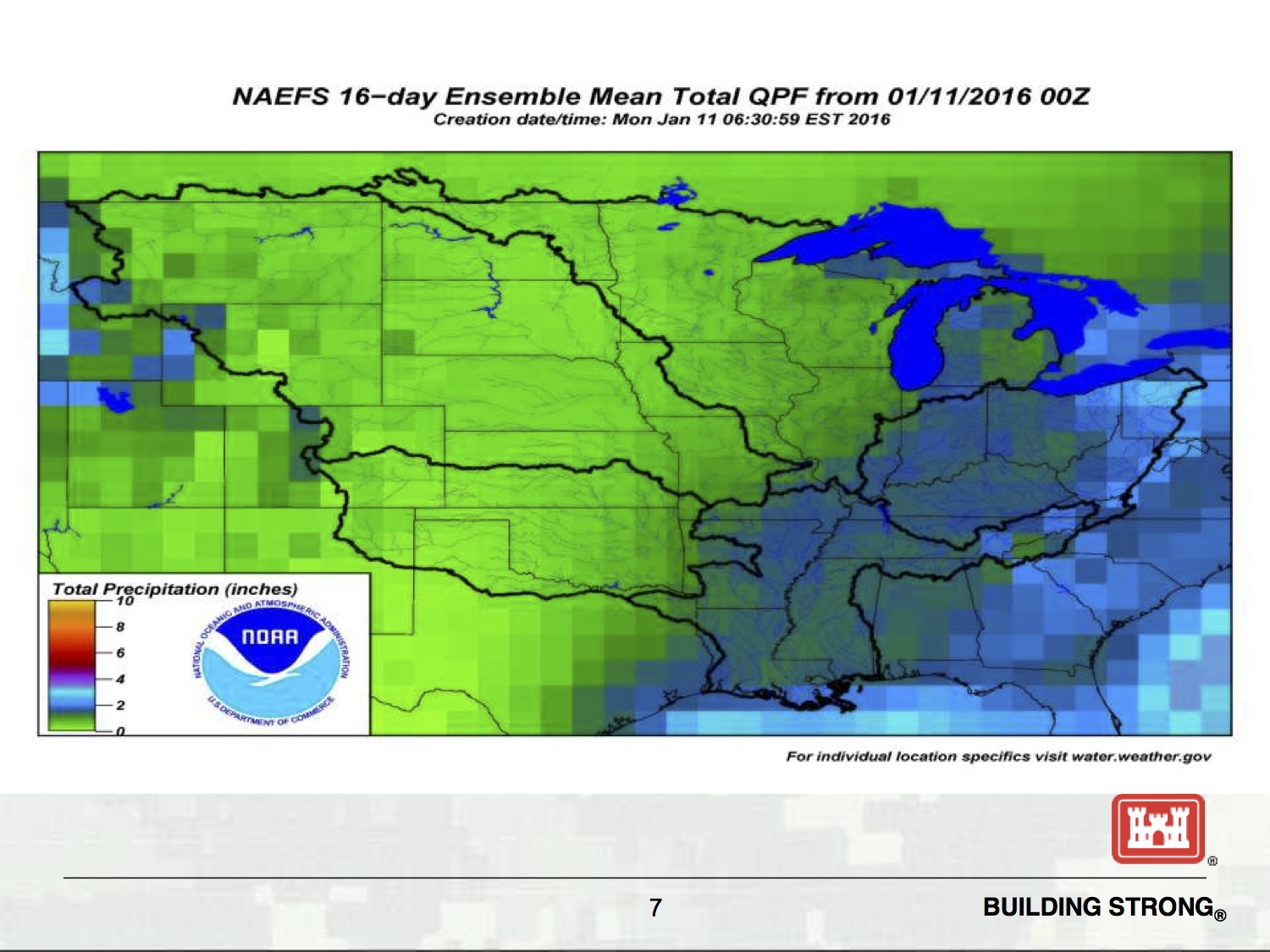 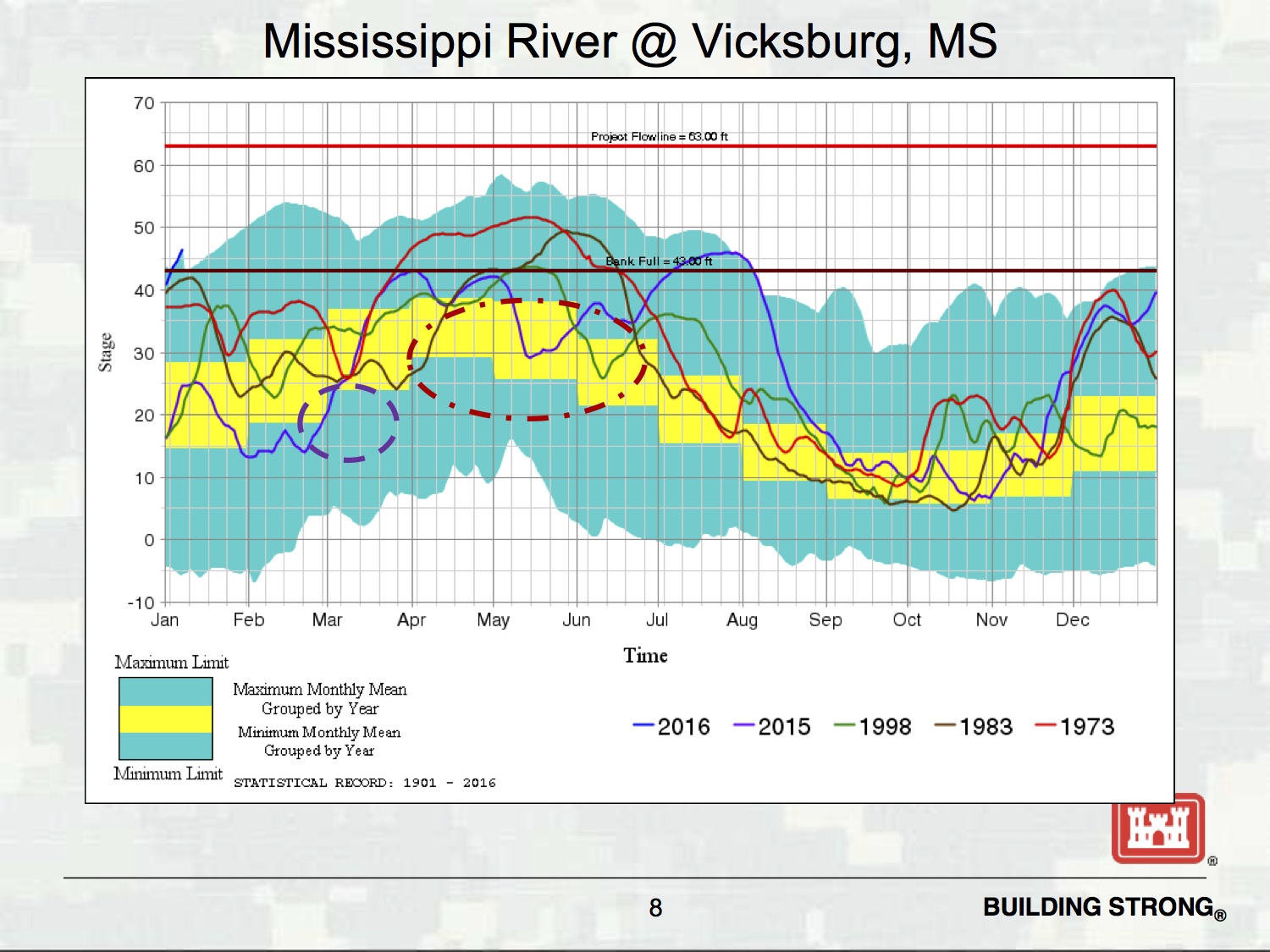 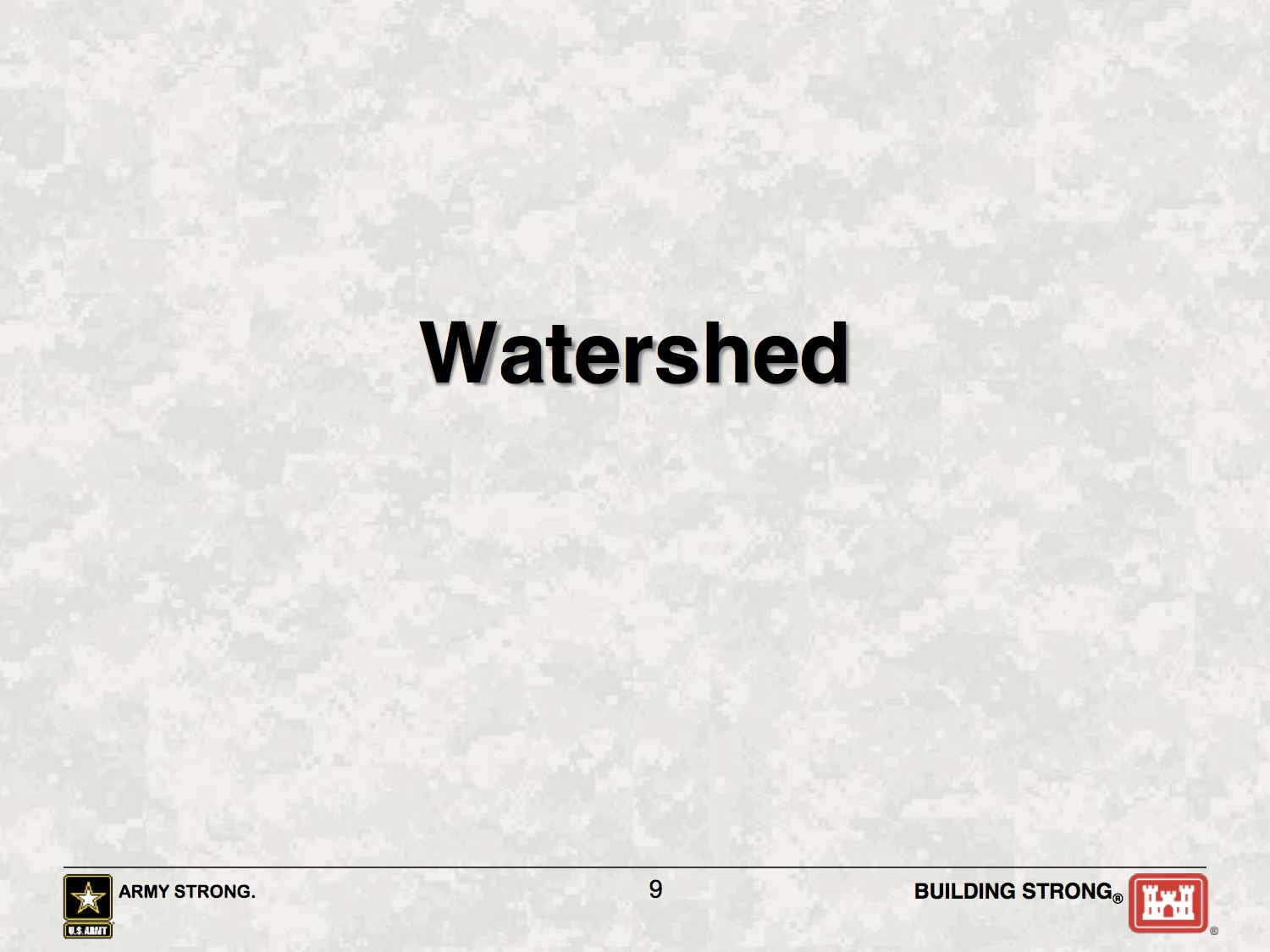 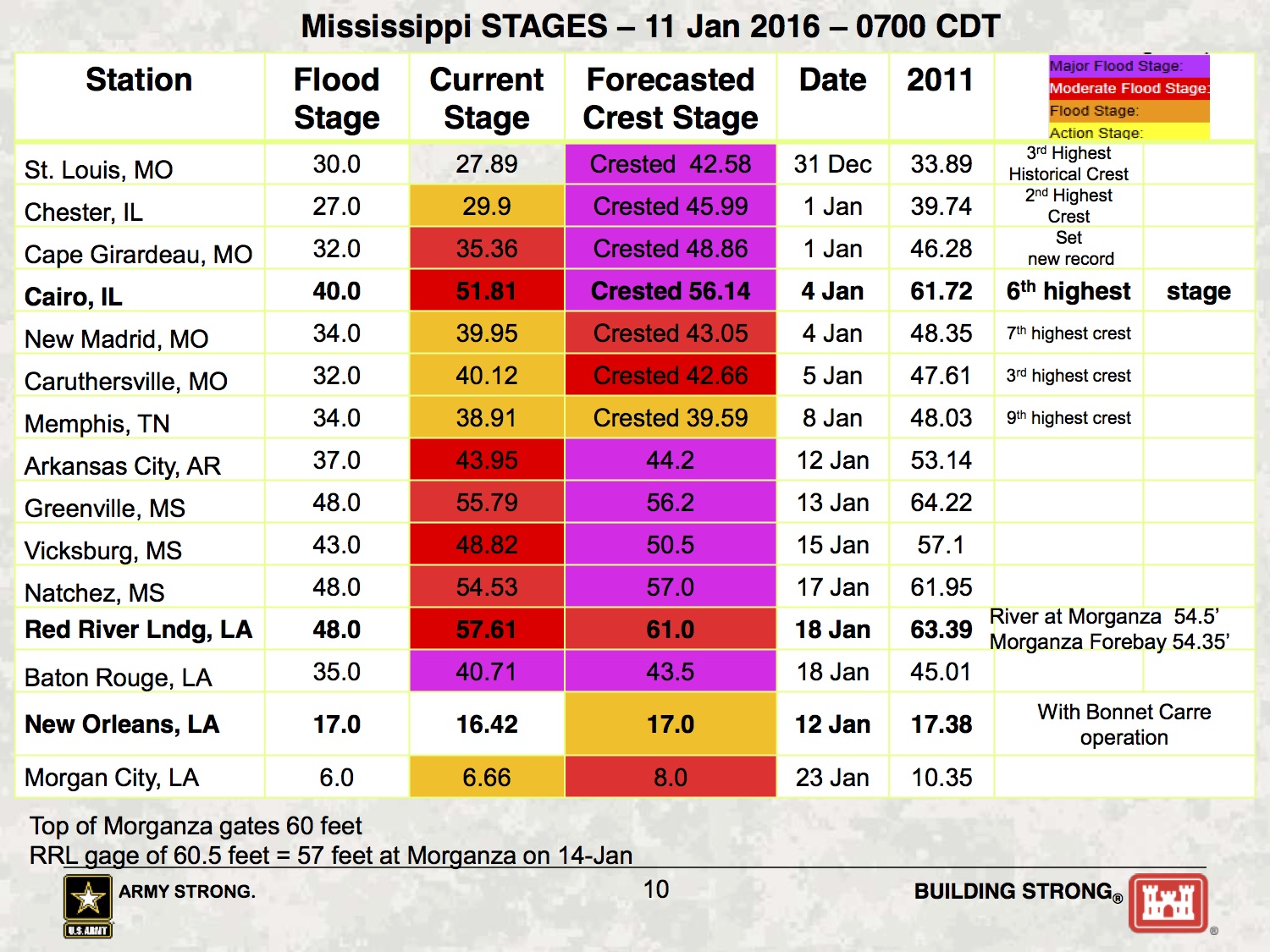 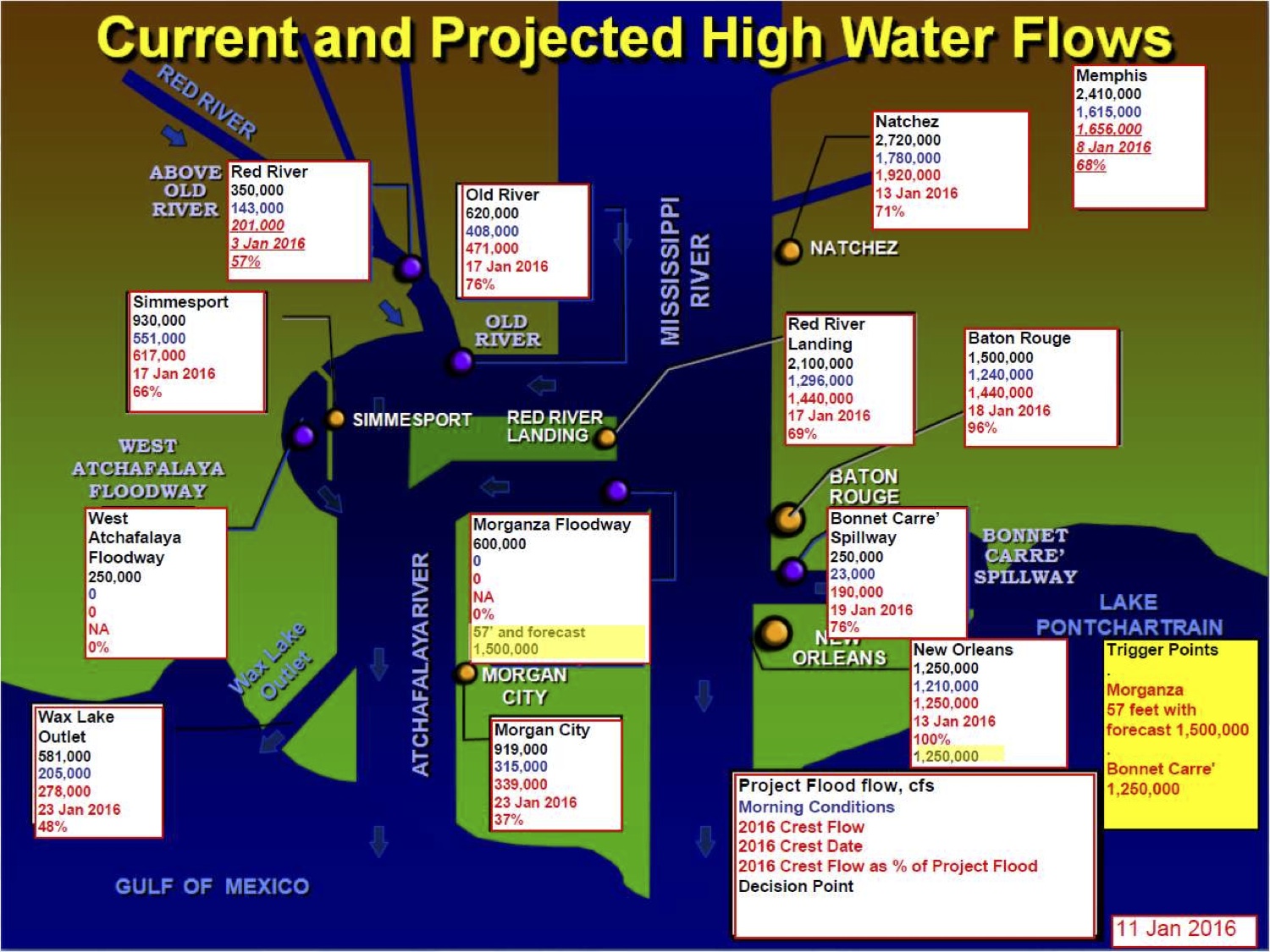