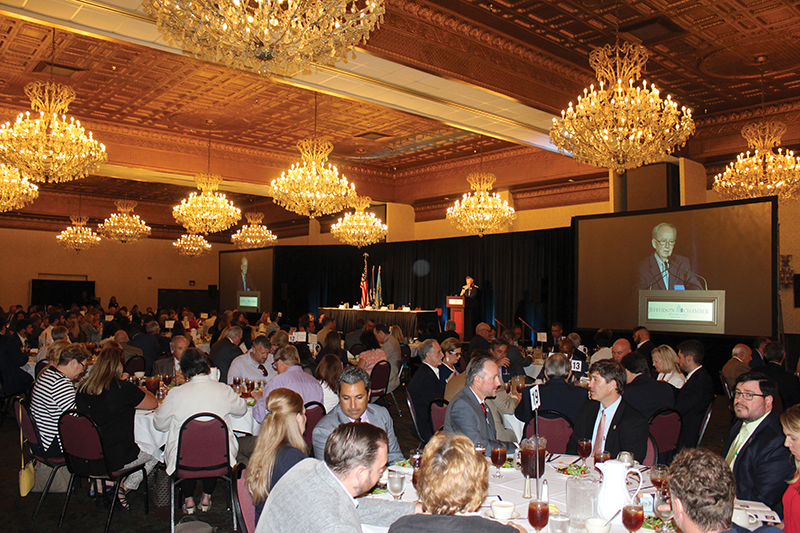 On June 25th, representatives from each municipality of Jefferson Parish gathered at Copeland Tower for the Mayoral Luncheon. The event, moderated by 2019 Chamber Chairman Ryan Daul, allowed mayors and representatives to discuss progress and challenges in their respective areas. The cities represented were Gretna, Harahan, Kenner, Lafitte & Westwego.

Mayor Tim Baudier, representing the city of Harahan, pointed to the development of Colonial Golf and Country Club as one of the key examples of the city’s progress. The project has been in the works more than a decade, but when finished, will bring more than 70 homes into the area, along with green space and a retention pond. Baudier said that the construction of Colonial Club, which is being planned and developed in partnership with J.W. Colonial Group, will also allow opportunity for repairing some of the infrastructure in Harahan. Because of the city’s positioning on the Mississippi River, Baudier said that the rising water levels have posed a threat to the sewerage and drainage systems. “The water table being so high is exposing everything for us, so our biggest challenge is figuring out these repairs that we need to get done and getting the city back on track, said Baudier.” Once that is complete, Baudier said that the city can focus on commercial development and bringing a stronger tax base into the area with positive changes. “Being a business owner, I understand that when you can’t change anymore, that’s when you have real problems, said Baudier.”

Mayor Belinda Constant, representing the city of Gretna, listed several new developments that support the city’s renewed focus on sustainability and resiliency. In addition to a new fire station on Lafayette Street and the completion of the 4th Street expansion, phase one of the Downtown Drainage project will soon commence in front of City Hall. The project is part of the city’s Downtown 2020 Program that aims to generate more activity in Downtown Gretna through “achievable design interventions.” Constant said the City is working on catalyst projects like the 25th Street Resilience District, which seeks to alleviate potential flooding and loss of property in repetitive loss areas. A specific challenge, she said, is how to further develop rail systems in the city without loss of business and other properties. Constant said that dividing the city with new rail lines could pose a potential hazard by isolating parts of the community from emergency services, but the city is determined to find a way to considerately expand such developments in order to support the Port of Plaquemines.

While Mayor Timothy Kerner could not be present, Harry “Chip” Cahill represented the City of Lafitte. Cahill said that beautification projects — like first-time installation of sidewalks — are not only helping to improve the aesthetic value of the city, but they’re also making roads safer for travel. Lafitte is also developing a wetlands education center, where Cahill said visitors will be able to tour the wetlands and enjoy airboat rides, in addition to visiting an environmental center where they can learn about the area and surrounding water body. Future improvements will focus on coastal flooding, as Cahill said that the city has experienced 17 storm-related floods in 28 years. He said dangers from flooding do not just occur during hurricanes, but that “a tropical storm in Texas can cause flooding in Lafitte, which is why levee projects are so important.” He said these issues could be addressed with coastal surge levees, and that the administration is focused on addressing this issue and preventing further flooding incidents.

Mayor Joe Peoples, representing the city of Westwego, said the area is moving forward and progressing in several different ways. He cited the repair of 176 broken fire hydrants — a project completed in just two years — and the construction of a new park with a bicycle path as physical representations of this progress. Peoples said the city is also in the bidding process for a $2 million upgrade to the wastewater treatment plan and has just completed resurfacing of one of their main streets, replacing waterlines to each house on that street. A project that has been in the works for over 30 years, the Wetlands Harbor and Recreation Facility Project (WHARF), is finally underway and will include fishing piers, nature trails and boating activities when completed. Peoples said that the city’s main issue is a crumbling infrastructure, with water and sewer lines that have been constantly repaired but never replaced. He said the administration is working with the Parish to find funds that will allow them to locate underground utilities, which will at least allow for easier repairs.

Mayor Ben Zahn, representing the city of Kenner, said that he is focused on economic development in the area, which is largely supported by sales taxes. He said development is both a symbol of progress and the city’s greatest challenge at the moment. In addition to the new airport opening this year, Zahn said that 70 businesses have opened since he has taken office, with several hundred new license applications pending review. Some recreation programs have moved into the Esplanade Mall in an effort to drive retail traffic. Laketown and Rivertown might also see new developments, he said, due to a partnership with the Atlantis Corporation, which has expressed interest in the construction of condos, concert areas, and restaurants. Two schools, St. Elizabeth Ann Seton and Kenner Discovery, are moving into new locations on Loyola in District 5, and Zahn said this will also help attract people into Kenner. The city has received a Class 1 fire rating for the first time in its history, and this has the potential to result in insurance discounts. Moving forward, Kenner will continue to prioritize development and beautification to ensure growth and sustainability in the area.

Held biennially, the Jefferson Mayoral Luncheon gives Jefferson Chamber members and the Jefferson Parish community an opportunity to hear from the mayors of each district about their respective communities. 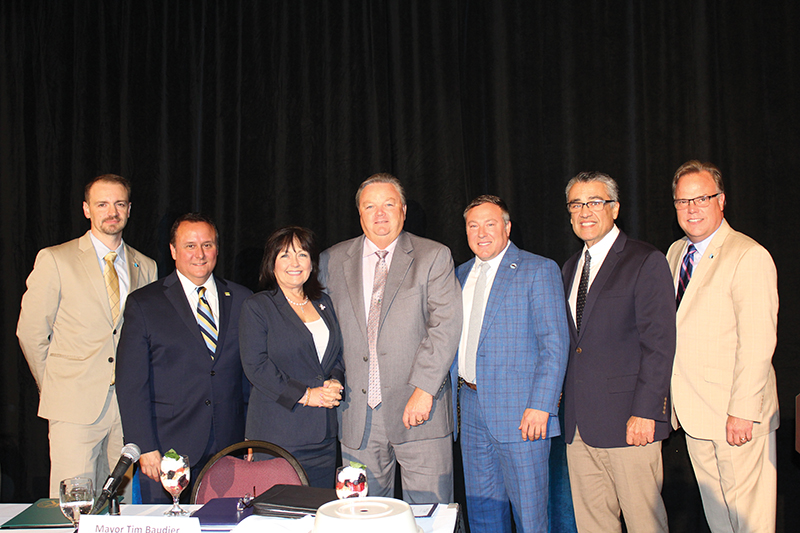