“Every New Orleanian should have the chance to get a good-paying job so they can provide for themselves and their family,” said Mayor Landrieu. “I am proud to announce a new wave of leadership charged with moving our economic development and economic opportunity efforts forward. Rebecca and Ashleigh will help attract more businesses and retail, create more jobs and training opportunities and connect the people of New Orleans to those jobs and opportunities. New Orleans is on a roll and we must continue to double down on that momentum by creating pathways to prosperity for all the people of our great city.” 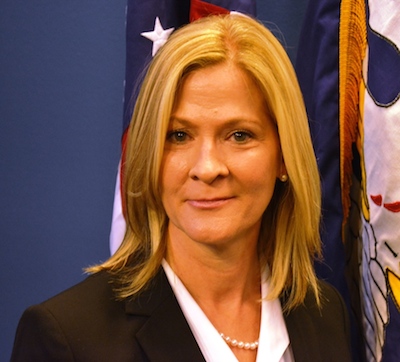 As senior advisor for economic development, Rebecca Conwell will be instrumental in strengthening the City's economic development functions. She will work to attract new businesses, manage the City's incentive offerings and continue to work with the New Orleans Business Alliance to manage guidelines that help evaluate requests for public financing.

Prior to joining the City of New Orleans, Conwell served as the member-manager of Twenty-Two Ten, L.L.C., a consulting business specializing in government affairs, project creation and execution, issue analysis and management, and grassroots coalition building. Conwell spent 14 years at Tulane University, serving as executive director of state and local governmental affairs, chief of staff for the University president, and interim executive director of the Cowen Institute, a think tank for K-12 education in New Orleans.

Conwell has a B.B.A. in Finance from Lamar University.

As senior advisor for economic opportunity and director of the Network for Economic Opportunity, Ashleigh Gardere will manage the Office of Workforce Development and the Office of Supplier Diversity, both of which work to connect disadvantaged businesses and residents to opportunities to participate in the city’s economic growth.

In that capacity, Gardere will also be responsible for the startup, development, implementation and management of productive partnerships among local industries, small businesses, residents, non-profits and City agencies to drive long-term prosperity.

In 2014, Mayor Landrieu launched the Mayor’s Economic Opportunity Strategy to connect disadvantaged job seekers and businesses to new opportunities. As part of the strategy, he created the Network for Economic Opportunity to implement tactics that help improve access to job training for the most vulnerable jobseekers across the city. 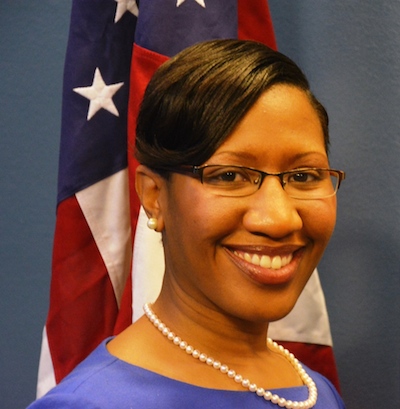 Gardere has served as an advisor to Mayor Mitch Landrieu since 2010. In her previous role, Gardere helped develop and implement the Mayor’s strategic priorities by administering and overseeing philanthropic special projects and related policy research. She was also responsible for the successful recruitment and alignment of public and private resources to support the Claiborne Corridor Initiative.

Prior to joining City of New Orleans, Gardere served as vice president of community relations at Chase Bank for Louisiana. She managed the firm’s philanthropic activities and coordinated Chase’s community development efforts to support revitalization across the state. During her tenure, Gardere piloted the firm’s place-based neighborhood revitalization strategy and demonstrated the power of strong partnerships with community organizations, local and federal government and the private sector.

A New Orleans native, Gardere earned a bachelor’s degree in metropolitan studies from New York University and a master’s degree in public policy from the Kennedy School of Government at Harvard University.

Since May 2010, the City has welcomed projects that are creating more than 9,100 new permanent, direct jobs, more than $1.2 billion in new capital investment, and millions of dollars in new tax revenues. These include new, completed retail projects such as Costco’s first store in Louisiana, two new Walmart stores, Mid-City Market, the Outlet Collection at Riverwalk, Circle Food Store, the Refresh Project including Whole Foods Market, Magnolia Marketplace, and the soon-to-open South Market District as well as new corporate investment such as GE Capital’s information technology center of excellence and the return of International Shipholding Corporation’s headquarters.

Projects like these contributed to a 9.5 percent growth in sales taxes collected in 2013 and a growth rate of seven percent in 2014, yielding an estimated $23 million in new general fund revenues for the City in that time period.