After the fall of Saigon in 1975, millions of Vietnamese refugees found sanctuary in The United States. Thanks to the efforts of the late Archbishop Phillip M. Hannan, some were able to settle and build homes in what is now known as Village de l’Est — a thriving community in New Orleans East.

Mary Queen of Vietnam Church, established in 1983, became the first Vietnamese parish in the country. The brick-and-mortar church on Dwyer Boulevard is the beating heart of the Village de l’Est community.

“The main goal of our church is to unite people together in worship, bond with other people in our neighborhood, and make a good life in our society,” said Joseph Anthony Tran, the parish coordinator.

On Sundays, parishioners gather for mass. And they host an annual Vietnamese New Year celebration, Tet Festival, complete with fireworks, games for children, musical performances and, of course, Vietnamese food delicacies. People from all over New Orleans drive to the church to join the fun.

“The good thing about the people in our church is that in Vietnam, people were living in poor conditions. But here in the United States, we have the opportunity to put the effort into working…like running a store,” said Tran. “The majority of people in the parish own small business shops.”

He noted that the Vietnamese play a major role in the regional seafood industry— especially the shrimping industry — and as a result, they provide jobs to the people in Village de l’Est and throughout New Orleans.

The residents have also created sprawling gardens, greenhouses and even aquaponics systems. They’ve sold their produce at neighborhood markets, and to restaurants and businesses throughout the city.

The families in the community invest their profits into their children’s education.

“We have a very good number of students who have graduated from college and are doing great in their careers,” said Tran. “Besides that, families can support the church in getting the community to do service.”

Tran said that church officials are planning to expand Mary Queen of Vietnam’s footprint, because not only is the church the core of Village de l’Est, it’s the “Vietnamese or Asian cultural center in the southern states.”

Their goal is to transform the 28 acres of land, across the street from the church, into a parish park with walkways that promote exercise. They also hope to construct a cultural resource center.

“We all gather together here in New Orleans East at Mary Queen of Vietnam Church for festivities,” said Tran, explaining how the church has already received approval from the City of New Orleans and the state to build the parish park. “We can have a bigger space and a larger capacity to hold more people in the festivity.” 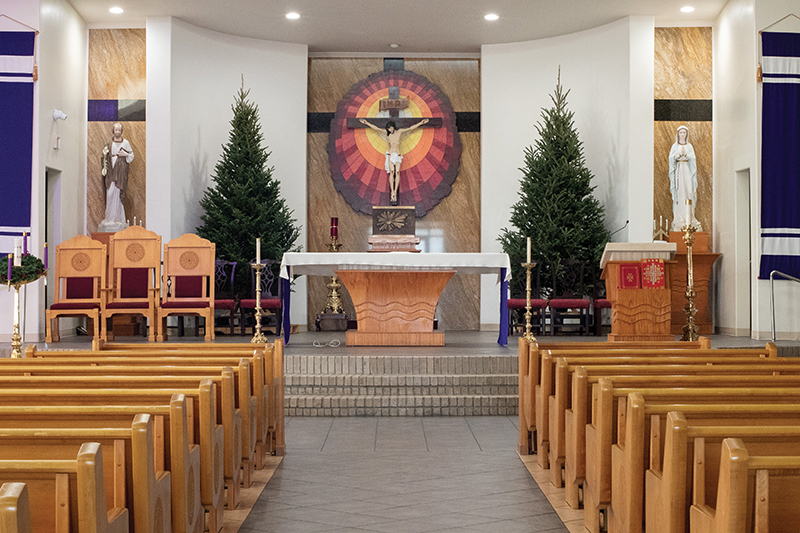