Industry operators express a mix of hope and concern for 2021. 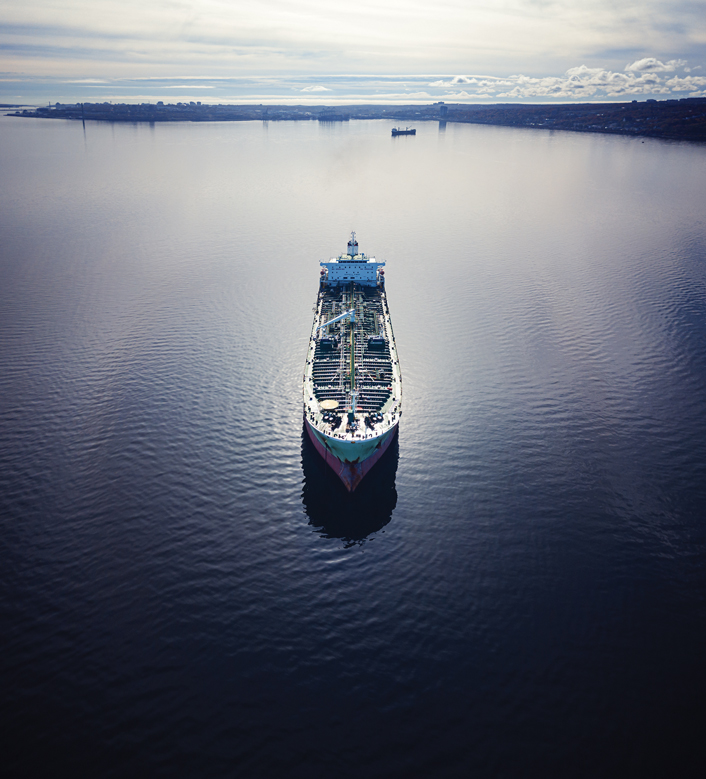 We remain optimistic that the business will return to a much more profitable place, but as for the balance of 2021, I think the best we can hope for is that it remains flat.

As the pandemic continues, so will the economic impacts to the maritime industry.

“The pandemic, and its ensuing oil slowdown or market turndown, decreased demand for petroleum products domestically and internationally,” said Josh Dixon, vice president of operations for Petroleum Service Corporation. Less demand for that meant there was less of that cargo being produced and then moved across the waterway system.”

The maritime industry is an interlocking puzzle of companies, each providing a specific service or piece of the supply chain through various contracts. Petroleum Service Corporation provides manpower and expertise for dock operations — loading and unloading hazardous cargo, including oil and gas, on a vessel. The company operates four offices in Texas and one in Baton Rouge.

“Less movement of those cargos ultimately resulted in a lower demand for the types of services that we provide,” Dixon said.

Dixon, however, is cautiously optimistic about 2021.

“We think there are some signs and indicators that have come up at the end of 2020 and kind of continued a little bit, but we’re still cautious about how quickly the business may turn around,” he said. “General consensus is that the vaccine may help things speed up a little bit. As people begin to get vaccinated hopefully that will in turn lead to higher consumption of those refined fuel products — [for] flights, airplanes, cruise ships. Once those things can get back to where they were pre-COVID-19, we will continue to see a pretty solid ramp up in our business and this industry…We’ve got to get people traveling again.”

Ryan Peters is the director of Gulf inland crew management at Marquette Transportation Company, which operates towboats used to move material on barges.

“The inland space for horsepower providers will remain challenged, specifically with the softening of the oil markets,” Peters said. “We’ve seen a material decrease in our opportunities to push liquid cargo. That being said, we are hopeful that the dry cargo space will offer more opportunity to help offset any impacts from the liquid sector.”

It’s a mixed bag at Crescent Towing, which provides tugboats and crews for ship escort, docking and undocking from the mouth of the Mississippi River to Baton Rouge. Executive Vice President Keith Kettenring said the decreased demand for fossil fuels is impacting the tanker market.

“[Fossil fuels are] quite a large piece of the deep-water traffic on the river, as we have several world-class refineries and storage facilities located between Plaquemines Parish and Baton Rouge,” he said. “This corridor supplies not only domestic but foreign buyers with gasoline, but low-sulfur diesel and jet fuel — much of which isn’t being consumed presently due to the pandemic and subsequent lock-down measures.”

Kettenring noted that there has been an upside to the pandemic in that exports are doing well. He said a weakened U.S. dollar is attracting more buyers for American products, which, in turn, creates more work for the shipping industry.

“The grain producers ended 2020 strong, and the forecast for early 2021 is even better,” Kettenring said. “The dry bulk sector struggled in 2020 and gradually gained some momentum in the fourth quarter. The chemical producers are also taking advantage of the weak dollar and comparatively low cost of natural gas. This gives them a competitive edge on the world market, and as a result we have seen a good number of chemical tankers calling at the various terminals and tank farms along the river.”

He noted that the prospect of a new container terminal in Violet, Louisiana will help keep the Port of South Louisiana competitive – good news for the industry.

“This, along with the deepening of the Mississippi River, will bring more tonnage to our port and further grow our nation’s economy,” he said. “We could possibly see a doubling of ship calls for that segment, which means more tug and mooring jobs for our company.”

Lee Jackson, CEO of Jackson Offshore Operators, an offshore transportation company with offices in Harvey, Louisiana and Houston, said he anticipates the level of drilling in the Gulf of Mexico to remain flat, which means his business will also remain flat for 2021.

“I think if we’re lucky we may see a marginal uptick toward the end of the year, maybe the fourth quarter of 2021, and then maybe in 2022 we’ll begin to see some more meaningful movement — that’s provided there isn’t some unforeseen obstacle that comes down the pike,” he said. “We remain optimistic that the business will return to a much more profitable place, but as for the balance of 2021 I think the best we can hope for is that it remains flat.”

Jackson employs 160 people, and while he hasn’t had to lay anyone off in this downturn, he said he’s concerned for his employees and their families.

“It’s about all of my employees who have families who need healthcare, that rely on Jackson Offshore,” he said. “Most of my clients have a long-term view on business and as such, most of my vessels have contracts that won’t end over the next few years, so we’re pretty solid from that vantage point. But, that said, it still puts a tremendous amount of pressure on the business.”

In the midst of an economy that’s been hammered by a global pandemic, Jackson noted the maritime industry is also trying to navigate a shift toward renewables.

“I’ve been in the maritime business well over 30 years, and this is the first time that I would say I’m really seeing a huge push into a more environmentally friendly business model and the maritime industry is going to have to play its part,” he said.

That shift, for Jackson Offshore Operators, is all about powering our ships — continuing the move from basic diesel engines to diesel electric engines, and now a hybrid system that incorporates natural gas and/or a battery component.

“Now you’ll find there is a true push for solutions,” Jackson said. “There’s so many different ways that the maritime industry can pivot, and the pivot would be using a much more environmentally friendly propulsion package where your emissions are not as dangerous to the environment.”

Of course, that kind of change requires a big financial commitment — as in millions of dollars.

“It’s not something we can just do on a whim, particularly when we’ve come off the last four or five years of a very depressed market,” Jackson said. “It’s going to take a partnership with major oil and gas companies to help us move to that place.”

We think there are some signs and indicators that have come up in the end of 2020 and kind of continued a little bit, but we’re still cautious about how quickly the business may turn around.