And Her Fashion Statement Mohawk Hairstyle

Mallory Whitfield isn’t afraid to be pegged with a cookie-cutter style. Just one glance at her unique hairstyle is evidence that she likes to be different.

“I think my version of my Mohawk hairstyle is fun,” she says with a smile. “It’s a good look for me.” Then the part-time faux drag queen performance artist and marketing specialist is quick to explain that, yes, a woman can perform in drag if she likes to dress up over the top and strut her stuff.

It may seem strange that a woman who grew up in Gulfport, Mississippi, jumped from her junior year in high school to Mississippi Gulf Coast Community College, and then moved to New Orleans to attend Loyola University, where she received a degree in history in 2004. Armed with her degree she set out to create the diversified life of an entrepreneur, digital marketing specialist, blogger, speaker, performer, author and artist. “Let’s just say, I invented my life as I went along,” she adds with pride. “It’s been quite a journey, but it has never been boring.”

She takes her day job with FSC Interactive very seriously. “I taught myself digital marketing skills and I find it both challenging and rewarding to be in such a cutting edge profession,” she says. “I have enjoyed teaching workshops about social media and online marketing. Teaching digital literacy is important to me because all creatives and business owners should know how to make the most of social media for work or play.”

She grew up loving theater and did three summers of performing with the Shakespeare Festival at Tulane University when she first came to town. “The Festival produces professional, classical theatre with a primary focus on the works of William Shakespeare,” she says. “It’s both entertainment and an educational resource of the highest quality honoring Shakespeare’s legacy.”

Her love of performing has also taken her in an entirely different direction. “It was my interest in drama that drew me to the art of drag. It’s definitely over-the-top stuff,” she says. She is well-versed in all aspects of drag queens. “I was hugely inspired when I met Vinsantos Defonte, a drag performer and mixed media artist who moved to New Orleans from San Francisco several years ago. She is an amazing performer and has appeared in clubs all over the United States.” Mallory recently competed against fellow graduates of Vinsantos’ New Orleans Drag Workshop at a pageant at One Eyed Jacks in the French Quarter.

A popular blogger since she created MissMalaprop.com in 2006, Mallory has a large following today. “My blog gives me a chance to share my knowledge and experiences with other creatives and express myself about things that are important to me,” she says. And just in case that isn’t enough, she also mentors teenagers and what she calls a tribe of “bad-ass creatives.”

In summary she likes to say her life is about doing three things: educating, entertaining and inspiring. And if she wears a Mohawk haircut to finish off the image of a “do-it-all woman,” it simply gilds the lily of the multi-talented, self-confessed star who wears many crowns. 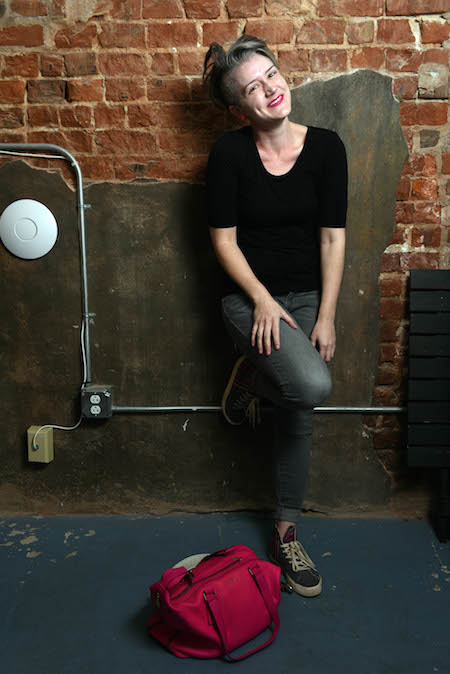 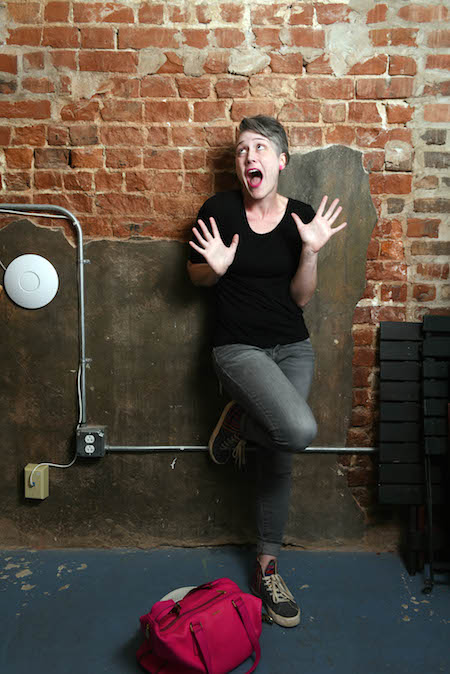