Lessons to be learned from New Orleans signature dishes

Bruning’s was one of New Orleans’ longest-lived restaurants, but it was also one of its most mortally vulnerable. It was born in 1859, when West End was a resort getaway for New Orleanians seeking a cool breeze.  Located on the lake outside the flood protection system, it survived one hurricane after another, but Katrina brought it to its knees for the last time.

How did it last so long? Well, it had a picturesque location and generally excellent food, but it also had a signature dish, one that people talked about and kept coming back for: the whole flounder stuffed with crab meat.

Restaurateurs can learn a lot from the signature dishes that have stood time’s test in the Crescent City’s demanding gastronomical environment. Here are a few of those lessons.

Name it after someone, then light it on fire. As with the Parisian dessert Crepes Suzette, Brennan’s named its signature dessert after a customer and set it aflame. Few people remember who Foster was, but anyone who knows New Orleans, knows Bananas Foster.

Use local ingredients. It’s no accident that several of the signature dishes mentioned here involve oysters. Without question, the most legendary of these is Antoine’s Oysters Rockefeller. Invented during the regime of Antoine’s son, Jules Alciatore, the rich, money-green dish was named after the richest man of the time, J.D. Rockefeller.

Bring it from the old country. At Crescent City Steak House, steak sizzling in butter is not just a signature dish; it is the dish. In the 1930s, not long after arriving here from Croatia, John Vojkovich opened his Broad Street restaurant. He was only 26, but he knew how to cook a Croatian steak. Today, the Croatian way of cooking steaks is the New Orleans way.

Make it memorable. As at Antoine’s, at Drago’s the founder’s son produced the signature dish. Drago Cvitanovich’s boy Tommy cooked up the first batch of charbroiled oysters in the early 1990s, putting yet another Croatian family restaurant at the center of New Orleans’ culinary life.

Wrap it in bacon. Galatoire’s boasts several signature dishes. I’ll never forget the first time, as a child, I had the turtle soup. But oysters en brochette is the Galatoire’s dish tasted ’round the world, wrapping rich Creole flavors around the quintessential New Orleans ingredient.

Give it an evocative (if inaccurate) name. Pascal’s Manale is old enough to have been my late grandfather’s favorite restaurant when he was a young man. Now more than a century old, it made it this far in part on the strength of its signature dish, barbecue shrimp. As anyone who has tried them knows, they’re not barbecued at all.

Put a twist on a standby. Casamento’s is one of the city’s premier oyster houses, so naturally it serves an oyster sandwich. But unlike a typical French bread poor-boy, Casamento’s oyster loaf has delicately fried bivalves between two thick slices of toast. There’s a reason the Casamento family has been at it for nearly 100 years now.

Choose a forsaken ingredient, and stick with it. Tujague’s beef brisket with horseradish sounds humble enough, but they’ve kept it alive for decades. Tujague’s wouldn’t be Tujague’s without it.

Have a good back story. Another kind of signature item comes from the bar, and New Orleans has too many signature drinks to cover here. But one yields a good lesson for all signature items – a history. At the Sazerac Bar, the Ramos Gin Fizz became the standby of regular patron and Louisiana political boss Huey P. Long. He lived upstairs in the Roosevelt Hotel and could whip up the drink himself. By the force of Huey Long’s personality, it became the signature drink of a bar that was named for yet another New Orleans cocktail. 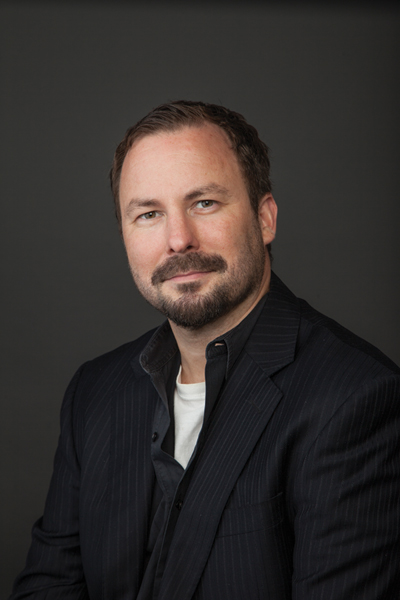