Making Their Own Bed

Northshore friends charmed the “Sharks” and walked away with a big business boost. 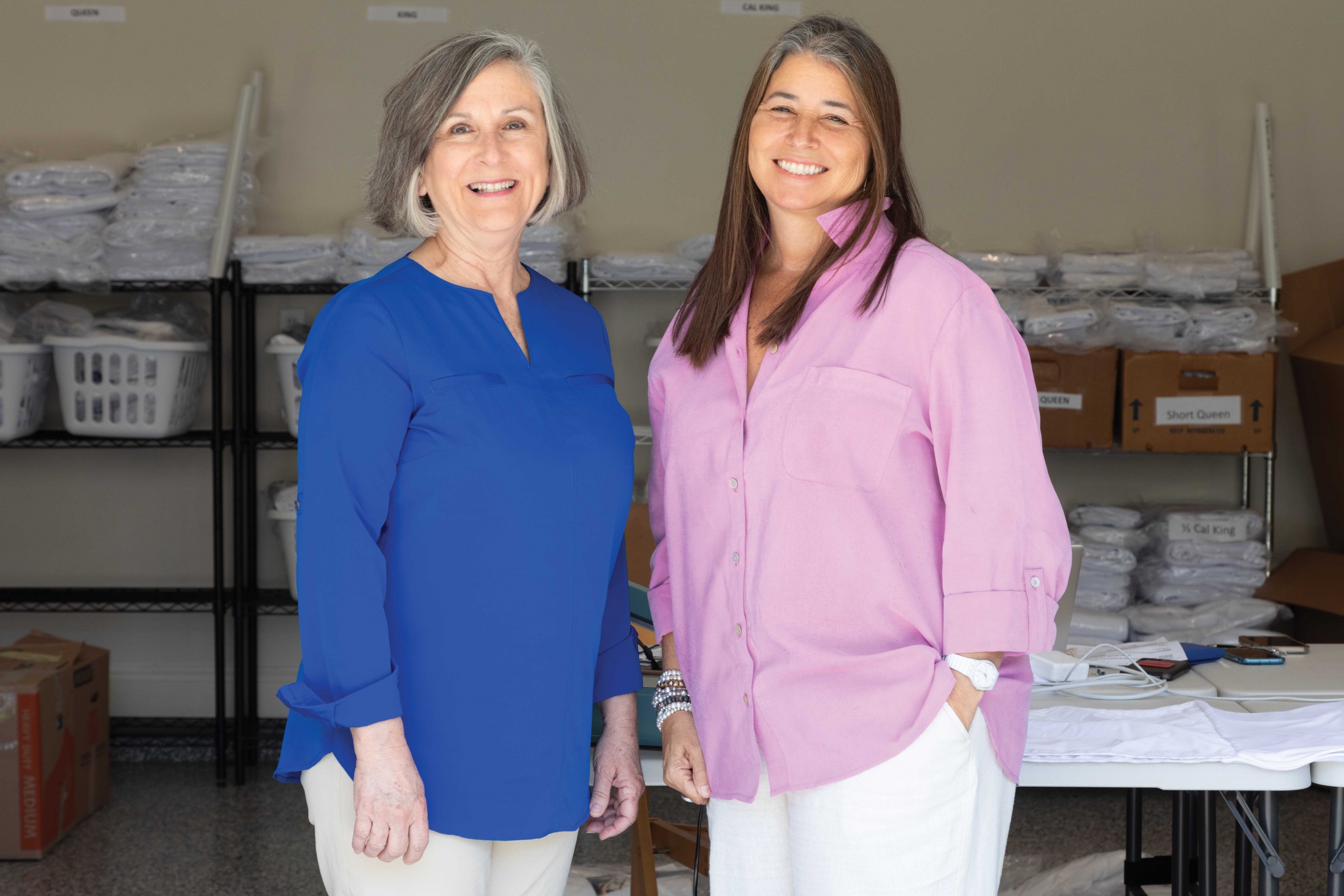 Northshore friends and entrepreneurs Nita Gassen and Judy Schott are the founders of Better Bedder, an invention that simplifies bed making. The pair recently hit it big on the TV show “Shark Tank,” an experience that has immediately impacted the success of their business thanks to national and international exposure. 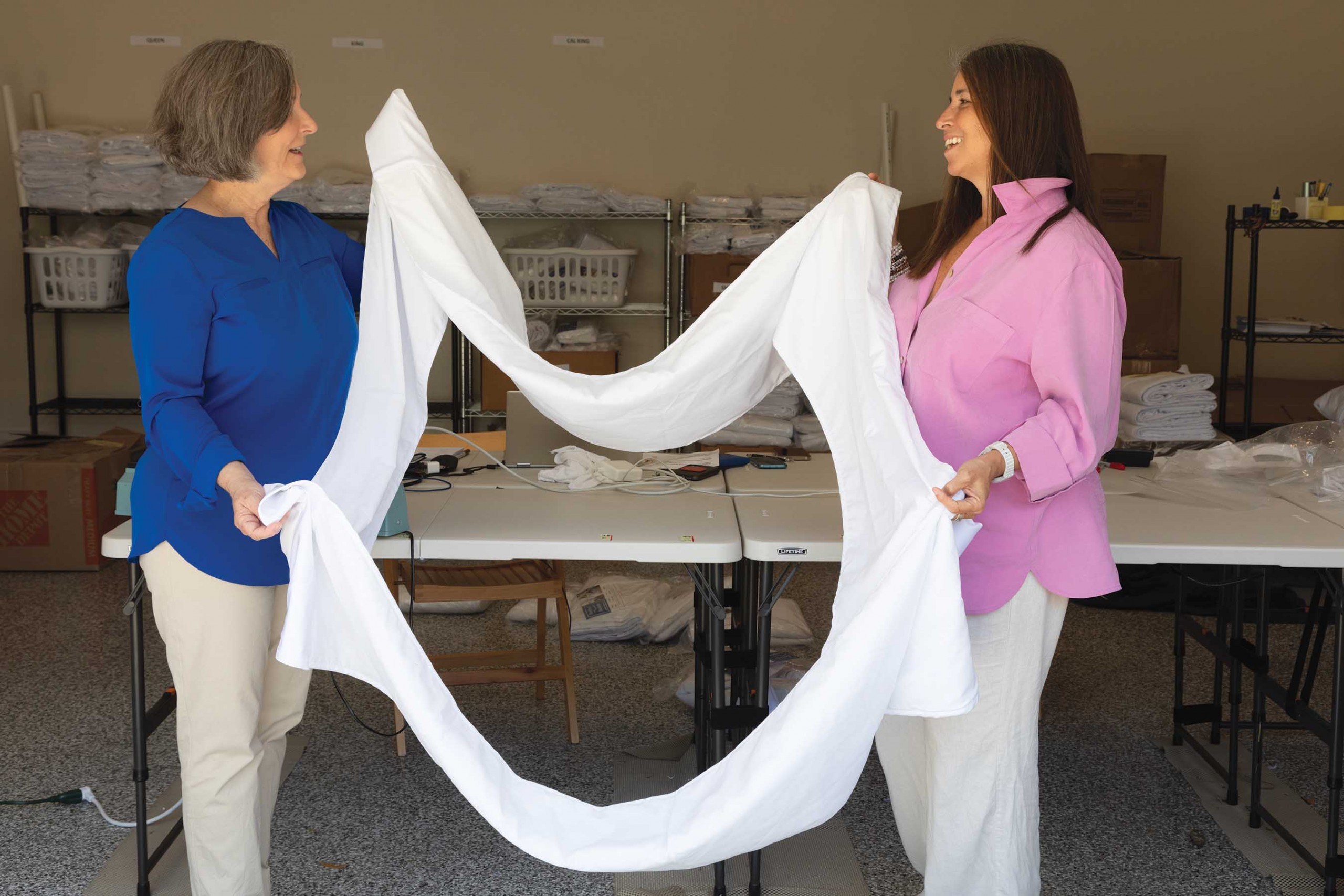 Better Bedder is manufactured locally at a Westbank sew shop, and works, according to the company, like a giant headband, keeping both the fitted and top sheets in place. Once installed, Better Bedder promises to keep bedding looking neat with ease. 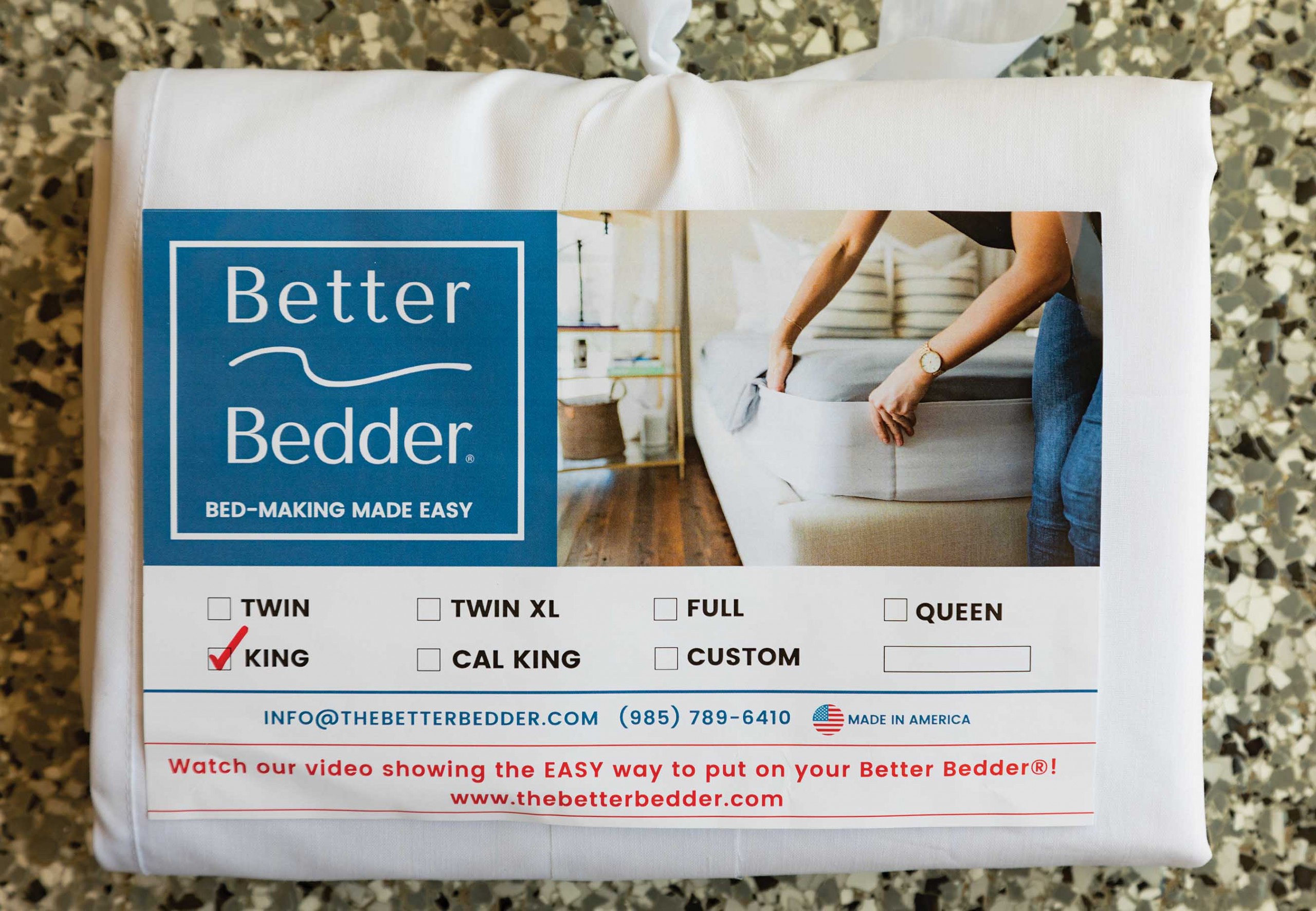 On Feb. 26, lifelong friends and Northshore residents Nita Gassen and Judy Schott hit the small screen to take on some big sharks. Representing their invention, Better Bedder, the duo won big on ABC’s business-pitch TV phenomenon, “Shark Tank,” when all three Sharks — host-investors — presented offers. In the end, the women accepted $150,000 from Shark Lori Greiner in exchange for 18% of their equity.

Currently manufactured at a facility in Gretna, Better Bedder aims to simplify bed-making and keep sheets in order by operating as “a giant headband that wraps around the sides of a mattress to keep both the fitted and flat sheets in place.”

According to the company’s website, the invention helps “seniors, the disabled, neat freaks, sleepers who run marathons at night and kick the sheets loose, and people who want to make their beds but are too lazy. Now all these folks can make their beds with little effort in just seconds.”

Schott, a New Orleans native, attorney and COO of a Northshore insurance company, and Gassen, a liability insurance professional originally from Luling, were blown away by their experience on “Shark Tank.”

“It was amazing. We knew we would be nervous, so we probably over-prepared. The Sharks were unusually nice to us, even Mr. Wonderful [Kevin O’Leary],” Gassen said. “Once we got an offer from Barbara [Corcoran], we immediately felt a sense of relief. To have three offers was amazing. The whole thing was truly surreal.”

Schott said the two prepared for the appearance by practicing and rehearsing every scenario they could think of. When their episode finally premiered, they said those closest to them were surprised.

Gassen and Schott were smart to be prepared. If chosen, many “Shark Tank” candidates have seen the success of their companies skyrocket, both due to the national exposure the show provides, as well as the investment and mentorship of the Sharks as well. Some everyday household products that got their boost from the show include sock company Bombas, sponge company Scrub Daddy, bathroom essential Squatty Potty and online flower retailer The Bouqs.

According to Schott, Better Bedder has already seen a significant sales bump since the TV appearance in February.

“We immediately saw an increase in sales and interest from consumers and hotels around the world such as Australia, Finland and the UK,” she said. “We knew if we could get the opportunity to share the Better Bedder with the world that they would see the value, especially seniors and those with disabilities.”

Gassen agreed, noting that the impact of their appearance proved to be monumental to the company’s sales status.

“In the month after the ‘Shark Tank’ episode, we [were] projecting to sell more products than we’ve sold since our inception,” she said. “We are really so thankful for all of the support we have received, especially our Louisiana support.”

Better Bedder ranges in price from $39.99 for a twin-sized unit to $69.99 for a California king size and is available online and via infomercial. Plans are currently in place to expand into major retail stores by 2022.

For now, however, the company is still a family affair for Gassen and Schott, with additional friends pitching in on projects when needed.

“We still only have two full-time employees, myself, Nita, and my daughter, Blake Amelie,” Schott said. “We have several friends, and every member of our families participates in some aspect or another, including website design and marketing. We have done our own marketing and website design and even scripted and produced our own commercials using family members as actors, which includes Judy’s 92-year-old mother-in-law.”

Schott and Gassen have also been approached with many new opportunities, which the duo is exploring, including interest in Better Bedder across the hospitality industry, as well as those interested in finding out more about their success.

“We are currently working with hotels, AirBnBs, and resorts, as well as the RV market,” Gassen said. “We are looking forward to the day when Better Bedder is a name recognized worldwide. We also have been approached by several companies, including a Texas computer software company, asking about our marketing. On our next adventure, we hope to help others with their online marketing. We will show them how we took a product that didn’t exist three years ago and catapulted it to ‘Shark Tank,’ and zero sales to over $2 million.”

4. Simply Fit Board balance board $160 million