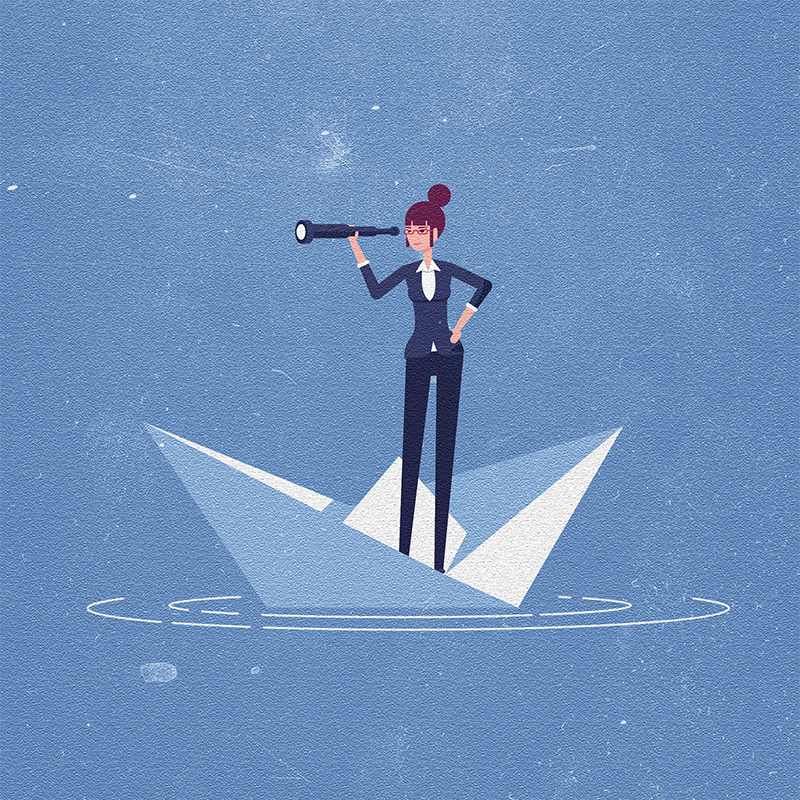 WOMEN IN MARITIME OPERATIONS (WIMOS) launched in the summer of 2017, championing women who are actively employed in the maritime industry.

In less than three years, the organization has expanded in both size and scope.

“What started here in New Orleans has grown across the country,” said Anna Whittemore, vice president of sales and logistics at Marquette Transportation and president of the WIMOs’ Southern Louisiana chapter. “We have even had interest around the world. We now have official chapters in southern Louisiana, western Kentucky and Houston. We also have seed chapters in the Ohio Valley region, Pacific Northwest and Jacksonville, Florida.”

In addition, there are active memberships in many other places throughout the United States and Mexico. WIMOs currently has just over 400 members and more than 100 member companies. A 501(c)(3) organization, the organization has benefited greatly from contributions from individual donors and grants from trusts and maritime companies.

According to the International Maritime Organization, the maritime industry is only 2% female, which is why Whittemore said WIMOs is so important.

“As many in the industry know, we struggle to recruit for maritime jobs,” she said. “We also struggle with hiring and retention of a diverse workforce.”

WIMOs helps with both by showing women that they can and do succeed and thrive in maritime operations roles, opening the doors for women who didn’t think they could fit in, and helping retain women who may be struggling with a “boys club” atmosphere.

“As women start to take on maritime operations jobs, we have found that support and mentorship leaves something to be desired,” Whittemore said. “We wanted to create an environment where women can learn about their industry while also being supported to grow in their careers. We believe we have created this environment and plan to continue for years to come.”

Jenna Gaudet, CFO of Garyville-based St John Fleeting, LLC, and WIMOs’ executive board treasurer, was one of the founders of the organization.

“When Kasey Eckstein and I first had the idea for this organization, we wanted education to be a goal of WIMOs,” she said. “Let’s face it though, we wanted the social aspect of meeting different women from the industry more, but now I think the educational aspect of WIMOs is the thing of which I am most proud.”

WIMOs hosts Lunch & Learn programs for women at different facilities in their area. During the programs, attendees are able to tour the host facility where they are able to witness different aspects of marine operations that they may not have otherwise been privy to.

“I think the number of women employed in the industry is steadily growing, but we are still the minority,” Gaudet said. “As such, it’s nice to have an organization like WIMOs where you can lean on other women for support and feedback. At its core, this association is about how we can help retain, advance and promote women in the industry.”

As membership expands, so does the diversity of members, which can include individuals who own, operate, charter, dispatch or provide other types of logistical, operational and emergency management services on the water.

“Our expansion to so many companies and areas alone shows our growth, but we have also developed our programming drastically as our members define what they need,” Whittemore said. “We have started hosting more Lunch & Learn educational opportunities. Last year, we hosted a three-part leadership seminar in New Orleans, and this year we are hosting leadership seminars in our three largest regions.”

WIMOs also has its own golf program, which allows members to learn the game and get on the course with others.

“Some very early feedback from women was that they were missing out on the important career- and deal-building golf games because they were not confident in their ability to play,” Whittemore said.

Holding simple, informal events, such as an evening at Top Golf or drinks after work, also helps the organization spread best practices and keep women networking in the industry.

“We are very excited about offering selfdefense lessons this year,” Whittemore added. “The anticipation for this event has been high.”

“My mother was a female pioneer in the mari – time industry and would have loved to have had such a great peer group,” she said. “We get to explore each other’s businesses through our Lunch & Learns, and bounce ideas back and forth.”

Gaudet said a main concern for the industry is a lack of young people entering the workforce which translates into a labor deficit.

“We have an aging work population staffing the boats, the cranes and the shipyards right now,” she said. “We need young people to discover the opportunities that are available to them in this industry. This is why WIMOs works very closely with an organization called River Works Discovery. They host events for [high school] juniors and seniors all over the country to teach them about the job opportunities available to them right out of high school.”

The future will bring continued expansion for WIMOs. Over the next few years, the organiza – tion plans to set up boards in the Ohio Valley, Pacific Northwest, and Jacksonville regions and start chapters in New York and the upper and central Mississippi River regions, as well as down the West Coast.

“We plan to continue building our Lunch & Learn program,” Whittemore said, “as well as continue to build our leadership programs that launched in 2019.”