NEW ORLEANS — The owners of Magasin Cafe said they will open a new seafood restaurant called Mukbang this fall on Oak Street in the former Chiba restaurant space. 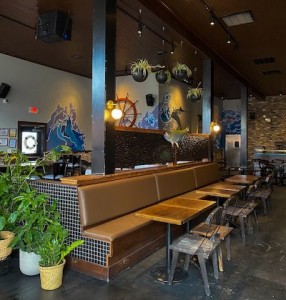 “Having operated Magasin for a number of years, we wanted to showcase what we can do with an elevated seafood concept with Mukbang Seafood,” said Kim Nguyen, the restaurant’s owner, in a press release. “So being based in New Orleans, what a great opportunity for us to show off some of the coast’s best seafood with our unique flavors and bring Viet-Cajun cuisine to the Riverbend.”

Mukbang’s menu will feature local seafood along with lobsters, clams and other imported ingredients. Mukbang will have a full bar, and the restaurant group is even hoping to offer some of its own retail items. The 3,500-square-foot space at 8312 Oak Street has a large bar and kitchen area.

“We are used to working in kitchens a third of the size, so this was so exciting for us to have so much room,” said Nguyen. “It opened up a lot of possibilities for us and we can even use the kitchen to prepare our catering services as well.”