NEW ORLEANS  – On Oct. 31, the Urban League of Louisiana announced the largest gift in its 84-year history. Philanthropist and author MacKenzie Scott donated $5.7 million to support the organization in its “continued efforts to deliver impactful and sustainable racial equity work.”

“So often the work of black-led, community-serving organizations goes unnoticed and under-resourced,” said Urban League of Louisiana President and CEO Judy Reese Morse. “Ms. Scott’s incredibly generous gift is not only transformational for our organization, it makes a powerful statement about the significance of the Urban League of Louisiana’s efforts to promote and advance economic self-reliance, equity, power and civil rights for those who have been historically underserved. Ms. Scott’s spirit and conviction to address historic disparities by supporting organizations that prioritize and engage the community inspires us to remain unwavering in our commitment to deliver even more for black and other underserved communities in Louisiana.” 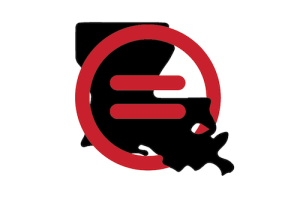 In 2019 Scott signed the Giving Pledge, a promise by the world’s wealthiest individuals and families to dedicate the majority of their wealth to charitable causes. Since then, she has wasted no time donating more than $12 billion to causes and organizations.

Scott recently wrote that she is guided by a desire to support the needs of the underrepresented. “When our giving team focuses on any system in which people are struggling, we don’t assume that we, or any other single group, can know how to fix it,” she said. “We don’t advocate for particular policies or reforms. Instead, we seek a portfolio of organizations that supports the ability of all people to participate in solutions. This means a focus on the needs of those whose voices have been underrepresented.”

The Urban League of Louisiana said it shares Scott’s commitment to equity and “amplifying the voices of the underrepresented as it crafts solutions that lift all people.”