NEW ORLEANS  – Heirloom, a “large-format luxury accommodations provider” with more than 300 properties nationwide, has announced the relocation of its headquarters to New Orleans. In addition to hiring 30% more New Orleans-based employees, the company said it plans to invest $30 million this year in local development projects.

Complaints about rule violations related to the Heirloom’s network of short-term rental properties in New Orleans were highlighted in a 2019 news report, but company founder and CEO Frank Glaser said the problems have been addressed. 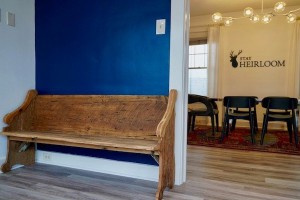 “Towards the end of last year we reached an agreement with the City of New Orleans to resolve licensing and tax matters we had been working on diligently over the course of the year,” he said. “Heirloom is committed to being an upstanding corporate citizen through stewardship, business and civic involvement, and we look forward to our ongoing investment in the local economy.

“We built our company to provide memorable travel experiences, and New Orleans is one of those cities where it makes sense to invest in this. Over the last seven years, Heirloom has brought nearly $70 million into the New Orleans economy through construction, tourism spending and historical renovations. Now that we’re able to call New Orleans home, we anticipate investing upward of $30 million into the city’s economy each year moving forward.”

Initially, the company will have roughly 50 employees in New Orleans. The office staff will include a human resource manager, a compliance manager, a director of sales, interior designers, construction managers and others. Heirloom is recruiting to fill another ten to 15 positions.

“We are committed to being an upstanding corporate citizen of New Orleans through stewardship, workforce development and civic involvement,” says Heirloom Vice President of Operations Emily Mininberg in a press release. ”We are excited to invest in the city and our team and are committed to growing a diverse staff, reflective of our new home.”

Heirloom asked its New Orleans-based employees to help choose the location for its new headquarters on Canal Street, which was selected for its central location. The company has additional warehouse and office space throughout the city. Most of the furniture in the new headquarters has been locally sourced and features custom design elements created by Heirloom’s design team and OPA Graphics in New Orleans. Heirloom’s Boston office will be transformed into a satellite campus for the company’s finance and data science team.